On October 21 2019 Australian Federal MP Malcolm Roberts posted an image to his Facebook feed claiming termites produce 10 times more CO2 than humans in a year. Is there a factual basis to this? 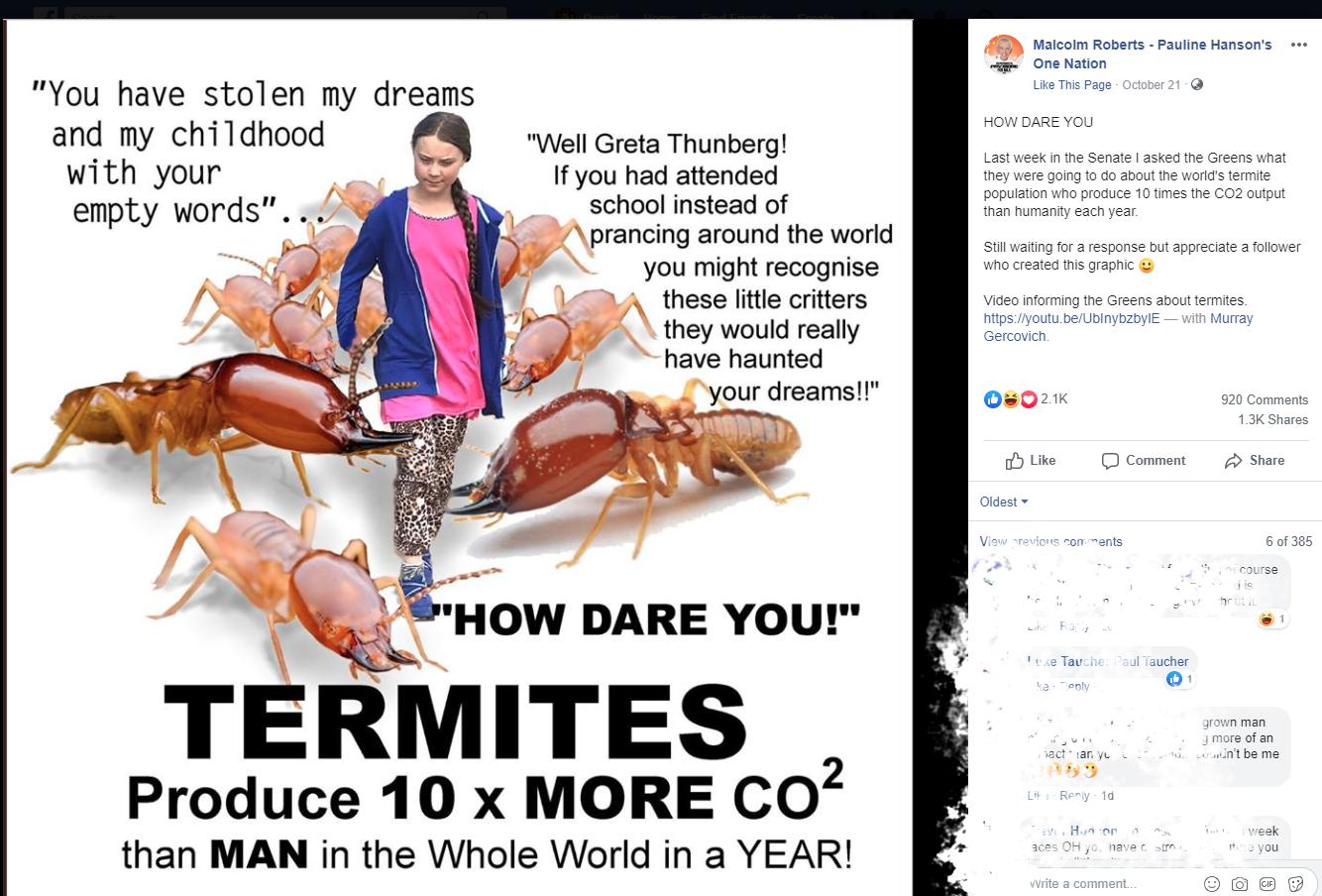 Leaving aside the fact that termite CO2 production is on few, if any, secondary school syllabuses, its more complicated than that.

Leaving aside all the questions about exactly how much methane and CO2 comes out of termite mounds, the real issue is that we are burning fossil fuels, and hence introducing new carbon into the global carbon cycle, while termites, along with fungi and all the other decomposition processes, merely move the same carbon around the cycle. If all our CO2 came from burning wood or biofuels then we wouldn't have a problem with global warming regardless of the termite population. So the implied statement that termites have a much bigger impact on global climate than human industry is simply wrong.

Not the answer you're looking for? Browse other questions tagged environment climate-change entomology .

21
Do active volcanoes emit more CO₂ than humans?
10
Do cows contribute more to atmospheric warming than cars?
143
Do solar panels create 300 times more toxic waste per unit of energy than nuclear-power plants?
50
Does Germany produce more waste than the US?
8
Is there more forest in the Northern Hemisphere now than 100 years ago?
103
Does the production of a Tesla battery produce as much CO2 as driving 200,000 km?
3
Are there currently more large fires in Africa and South America than the rest of the world?