Were there more suicides than violent deaths worldwide in 2018?

According to this article at lidovky.cz, there were more suicides than violent deaths all over the world in 2018. Is that true?

The important part of the original (Czech) article:

English translation (sorry for my poor English, feel free to improve it):

One of these numbers represents the number of all violent deaths worldwide in 2018 - all murders, war casualties and victims of terror together. The other one is the number of all suicides. Surprisingly, suicides are the greater number.

The numbers are credible

Close to 800 000 people die due to suicide every year, which is one person every 40 seconds.

Conflict deaths do not go into the Intentional Homicide number, so for that we can look at Our World In Data, more specifically this diagram, which puts the total number of conflict deaths at about 103,000 for 2016. 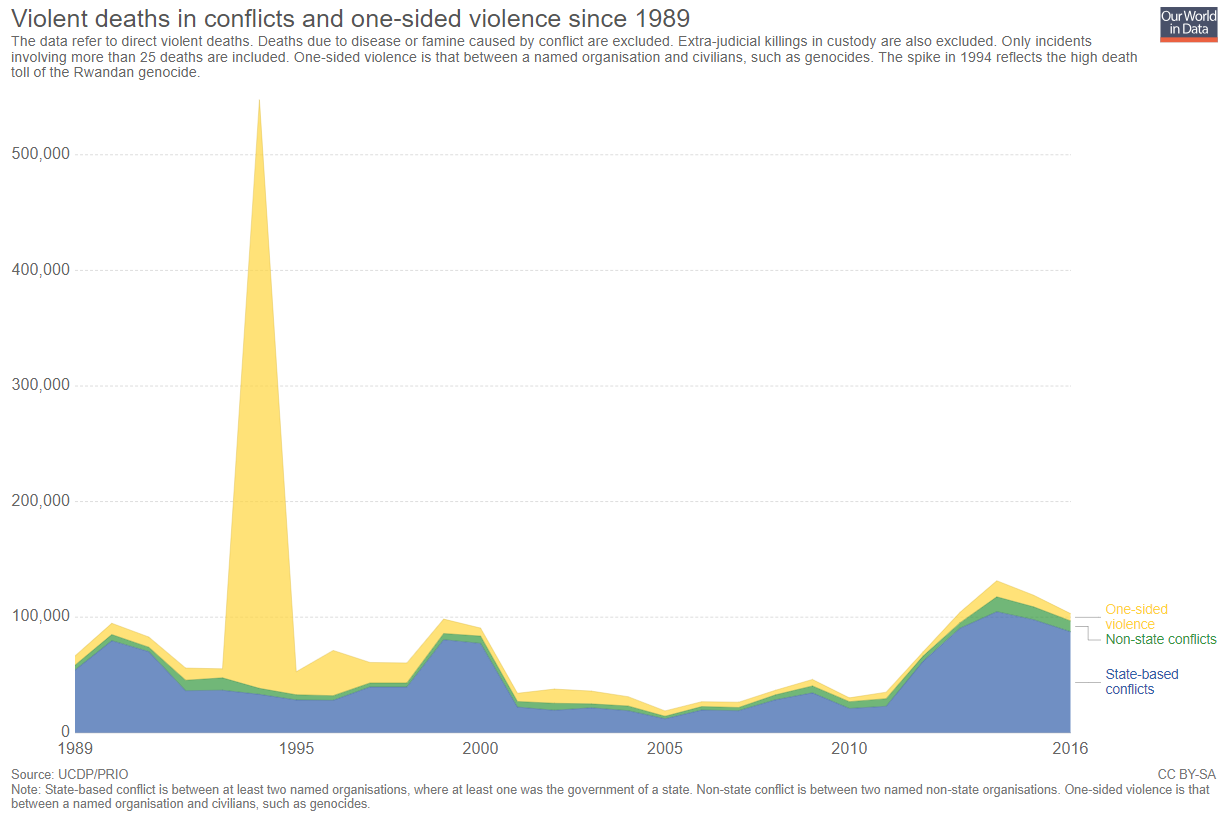 So unless something has changed very drastically in the last 3 years, the numbers for 2018 in the original claim are credible in that they match the 2015/2016 numbers fairly good.

Not the answer you're looking for? Browse other questions tagged violence suicide statistics .

16
In Pre-WWII peacetime Germany, were there about 18,000-20,000 suicides per year?
28
Was the wild west less violent than the current west?
25
Have more US veterans taken their own life in the last six years than died in Iraq and Afghanistan?
116
Were there 18 school shootings in the US from Jan 1 to Feb 14, 2018?
143
Are violent video games a better explanation of school shootings than access to guns?
118
Have more Americans been killed in schools than in military service this year?
3
Is there more than one registered motor vehicle for every adult in the US?
12
Is there less than a one in a quadrillion chance of Biden winning states where Trump held the early lead?