Did Walt Disney accidentally kill someone during a game of polo?

In a recent episode of the somewhat popular series "James & Mike Mondays", Mike Matei makes the claim that he once read on a card of the game Trivial Pursuit that Walt Disney once kill somebody by accident during a game of polo.

He further claimed that information on the incident is hard to find and implied that the Disney Corporation may have attempted to keep this information hidden.

Here is a transcript of the episode (Emphasis mine):

James: Is this a joke question or...?

Mike: It's not a joke question.

Mike: And I'm like "Well, zero! He didn't kill- It's Walt Disney! He didn't kill anybody." And the answer was I think one. So, there was a game of polo and it was a polo accident--

Mike: --that happened and apparently he killed somebody during a game of polo, by accident!

Are there any reliable sources that confirm that this happened? Or is this an urban myth?

Actually, this is incorrect.

Evidently, the answer is 2 to the Trivial Pursuit question.

As to whether Walt Disney killed someone, I would say the answer is No. Two men did die while playing polo in games with Disney but neither man's death was attributed to him.

According to Michael Barrier, an animation historian, the Trivial Pursuit question was actually:

How many people died from injuries incurred playing polo with Walt Disney?

A few days ago, Thad Komorowski posted on his blog a card from the 1985 Disney edition of Trivial Pursuit, which included this unusual question: "How many people died from injuries incurred playing polo with Walt Disney?" Trivial Pursuit's answer: two. Thad asked me to provide some more details, and I did, at this link. The two deaths were those of Gordon Westcott, an actor, in October 1935, and Winslow Felix, an auto dealer, in May 1936. Both men were fatally injured during matches at the Riviera Country Club.

Unfortunately, the link is broken and I couldn't find a copy on the Wayback Machine.

Here is a scan of page 218 of The Ogden Standard-Examiner from 31 oct 1935, referring to the basal skull injury suffered in a polo game:

THURSDAY EVENING, OCTOBER 31, 1935. RELATIVES OF DEAD ACTOR TO ATTEND RITE: Ogden People Prepare To Leave For West Coast Services Ogden relatives of Gordon Westcott handsome character actor of the films, who died Thursday in Hollywood from a basal skull injury suffered in a polo game, were preparing today to attend his funeral which will probably be held , in the Warner Brothers studios.

The men's deaths seem to be from being crushed or thrown by a horse so I don't know if saying Walt Disney kill is accurate.

both newspapers said that Westcott was crushed under his own horse.

Winslow Felix was apparently injured and died in a collision with another rider.

On May 31, 1936, Felix was playing in a polo match on the Freebooters team against the Riviera Blues at the Riviera Country Club. Minutes into the hotly contested match, Felix's horse collided with Reginald "Snowy" Baker's mount, throwing both riders to the ground.

Baker ignored injuries to his head and shoulder to get himself and Felix off the field before they were trampled. Baker went back to the game while Felix was rushed to the hospital, where he died the next day of a head injury. He was 42.

On an unrelated note, Felix Winslow's auto dealership still uses Felix the Cat in its sign. He once gave a car to Felix cartoon producer, Pat Sullivan, who let him use the cat. 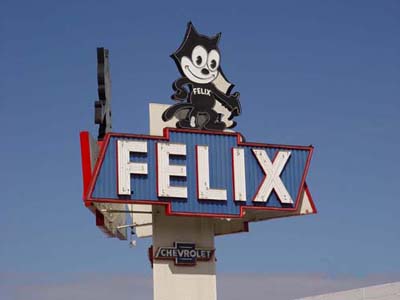 12
Did the Ottoman sultans kill their own brothers?
7
Is Macbeth cursed?
12
Did Marco Polo travel to China?
4
Was polo the first sport to be played on earth?
56
Did Alan Turing publish a paper called The Imitation Game (as claimed in the movie)?
21
Did the Ottoman government kill ~1 million Armenians during and after World War I?
17
Was Walt Disney a Freemason?
12
Did Dr Jacques Grancher accidentally infect himself with rabies during Pasteur's rabies vaccination experiments?