Was Chinese space station forced to take evasive action in 2021?

China complained that its space station was forced to take evasive action to avoid collision with satellites launched by Musk’s Starlink programme.

The documents should be published on 'document published on the website of the United Nations Office for Outer Space Affairs.' However rudimentary search on UNOOSA did not yield easy results.

Edit: I think this might be document in question.

So, as best as I can tell, the answer is yes.

Based on some links from here, I found the same page page in UNOOSA that has the link to the document that you mentioned in your edit.

Towards the bottom, it reads:

"Evasive action" basically just means that they perform some sort of maneuver to reduce the likelihood of a collision (as exact position/velocity vectors are not known, they use assessments of probability of collision). You can read on NASA's site discussing orbital debris in general:

So, yes, if a conjunction was assessed to be likely enough, they would move the space station (or satellite in question) into a modified orbit to reduce the chance of a collision.

As far as the question "was it a Starlink satellite", Jonathan McDowell, an astrophysicist at the Harvard-Smithsonian Center for Astrophysics, did calculations regarding how close the Chinese Space Station came to S-2305, and it's quite close. 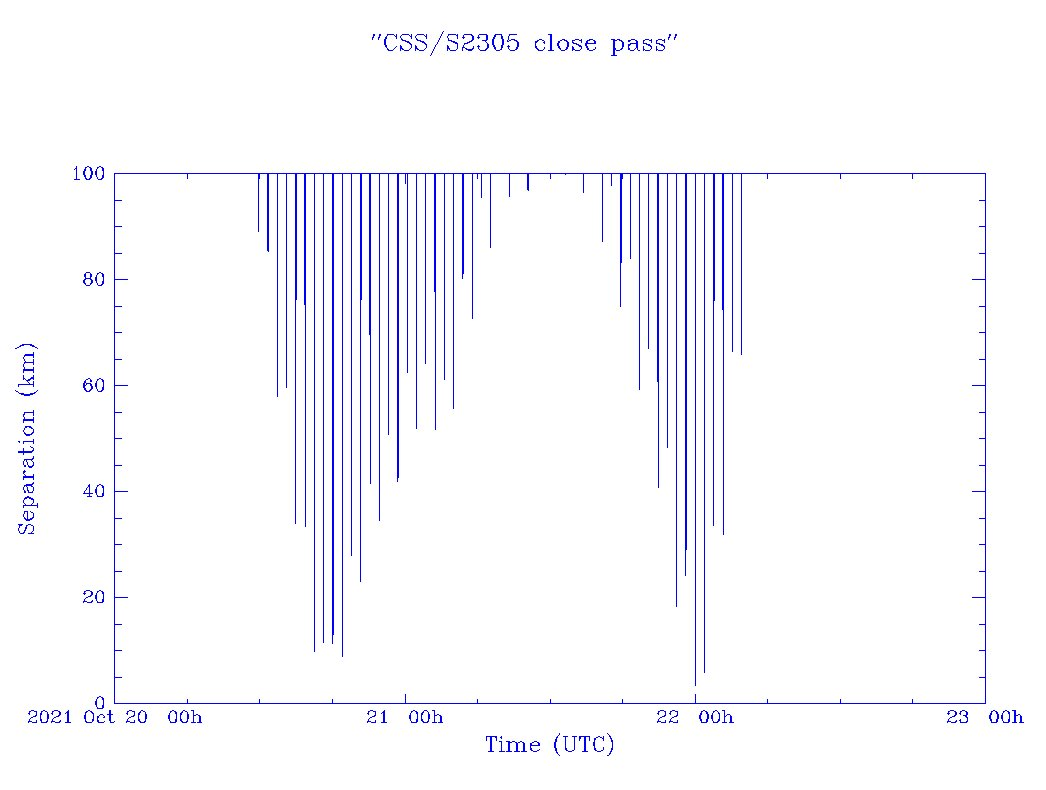 A kilometer or three sounds like a large distance, particularly since the entire station is under 40 meters long, these objects are also moving about 7-8 kilometers per second, which makes that a fair bit more dicey. In the past, the ISS has made maneuvers to avoid debris expected to come within 1.4 km of the ISS, so the claim appears to be fully believable and substantiated.

Not the answer you're looking for? Browse other questions tagged china space .

7
Was a note from a Chinese political prisoner Ting Kun Ding found in a Primark sock?
156
Did Donald Trump say that "global warming was a hoax invented by the Chinese"?
32
Was the virus which causes COVID-19 made in a Chinese lab?