Did a war memorial in Australia have a Japanese flag on the floor to trample? 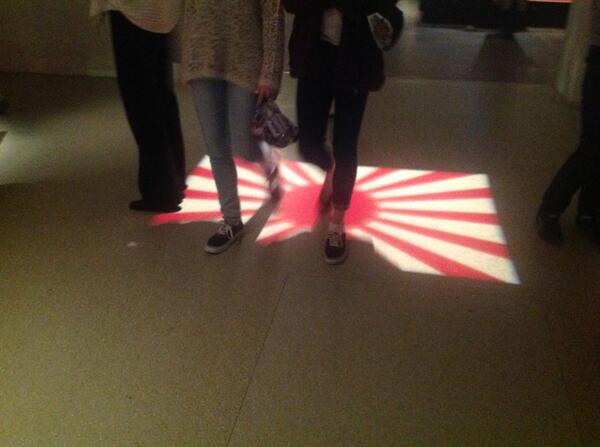 Is this photo from a war memorial in Australia?

This was noted by Masamune Wada, a Japanese politician belonging to the centre-right Your Party. A tweet about the photo, and mentioning Masamune Wada, can be seen here The Japanese language Wikipedia article about him, translated via Google Translate, says

Even without relying upon Wikipedia, it's possible to conclude the image is genuine.

Doing a google search for the image gave pages such as http://2ch.ki9.biz/archives/18383.html, which also had the following image: 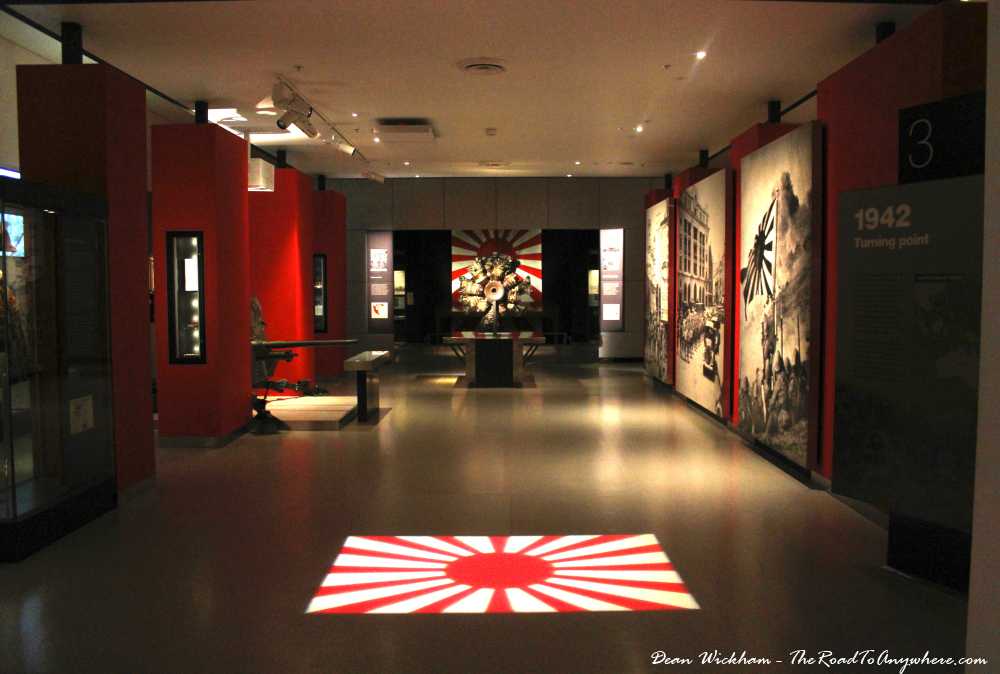 In this image, the flag (the Rising Sun Flag, not the ordinary Flag of Japan) can be seen on the floor. However, it is part of a exhibition about World War II, and in this instance it can be walked around if one so wishes. (That being said, I'm rather surprised that a war memorial let a flag be projected upon the floor - I thought they would treat flags, even enemy ones, more sensitively than that)

That image can be seen at A sombre experience at the Australian War Memorial, Canberra, (not Sydney) a blog post by Dean Wickham showing several photos from the memorial.

Not the answer you're looking for? Browse other questions tagged japan world-war-ii australia .

24
Do Japanese people have a lower body temperature than caucasians?
7
Did the USSR have better tanks than Germany in WW2?
6
For the same size, is real estate cheaper in Australia than Japan?
7
Was sexually transmitted disease rampant amongst troops occupying Japan?
10
Did Jews claim to be asians to Imperial Japan?
5
Does Australia label GMO foods?
30
Were the Japanese suing for peace prior to the bombings of Hiroshima and Nagasaki?
7
Was there a time when the RSL banned Japanese cars from their carparks?