On Stephen Harper's Facebook page (the Prime Minister of Canada), I found many claims that I am skeptical of.

The first one is that since 2008, the cost of wireless services has fallen 20 per cent.

I pretty much pay the same amount - if anything, it is increasing from year to year. None of my friends have noticed a price drop.

So is this true? 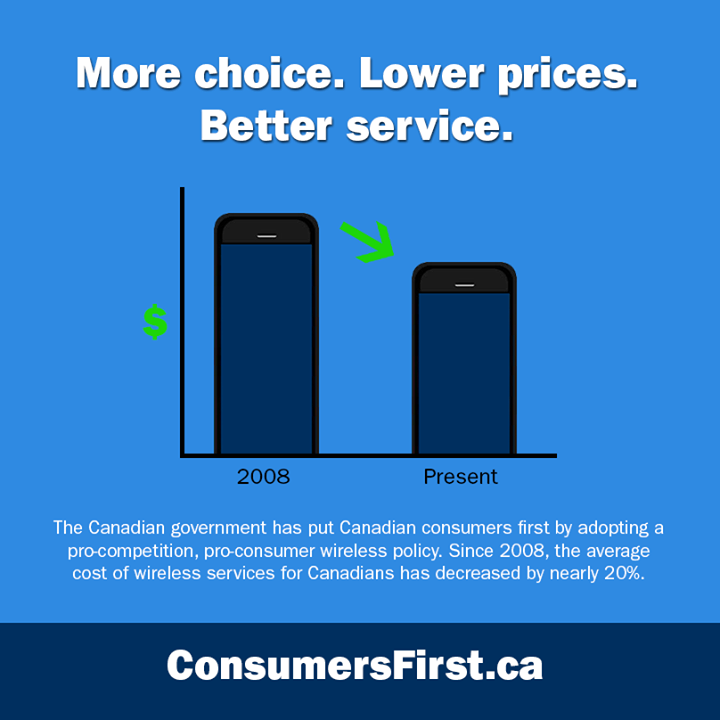 Yes. From 2008-2013, there has been nearly a 20% decrease in the average monthly mobile wireless price, mostly due to decreased prices in mid and high volume plans, and new market entrants.

The Canadian Radio-television and Telecommunications Commission (CRTC) says something a bit different (CRTC issues annual report on the state of the Canadian communication system):

That CRTC statistic is about monthly spending per family, rather than the average price of wireless services.

The CRTC also distributes a report prepared for them by Wall Communications Inc. titled Price Comparisons of Wireline, Wireless and Internet Services in Canada and with Foreign Jurisdictions. At section 4.2, they review the price of wireless service in three different service level baskets over the past four years. 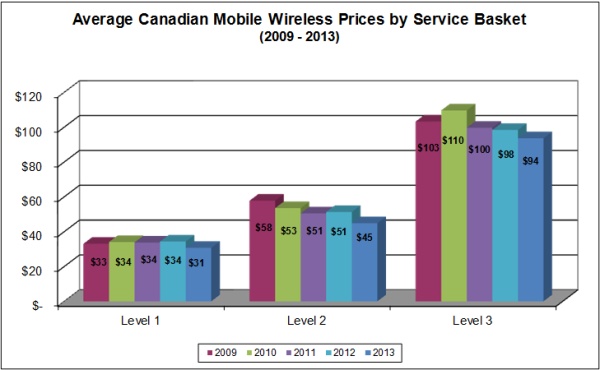 Here is the data in table form going back to 2008: 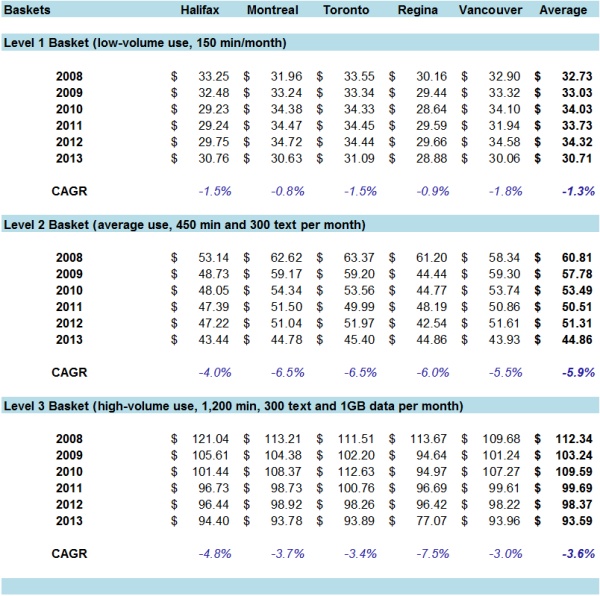 These averages may be lower because of cheaper, new entrants to the market, rather than incumbents. This would explain you and your friends not noticing lower prices if you haven't sought out plans from new market entrants. 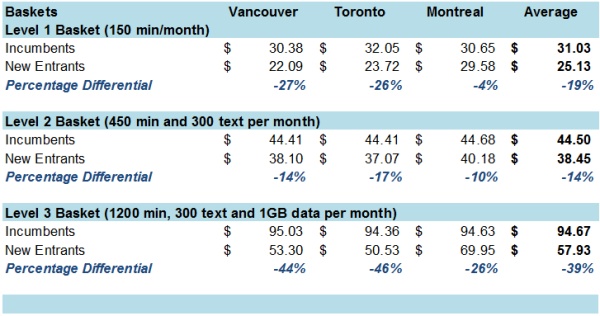 Not the answer you're looking for? Browse other questions tagged economics technology canada .

6
Has the Catholic Church lifted more people out of poverty than any other civic institution?
7
How much is the new Air Force One projected to cost?
38
Did Canada “mandate the content of voluntary speech”?
35
Has the FTSE lost more value in 12 months than the UK has paid into the EU during the 45 years since they joined?