Others believe the iconic image of Jeff Bauman in a wheelchair, bloodied with his femur protruding through what was left of his thigh, actually shows double-amputee soldier Nick Vogt, who survived an encounter with an IED in Afghanistan a few years after his graduation from the U.S. military Academy at West Point.

Bauman and Vogt share certain resemblances, and on that basis the conspiracy theorists conclude they are one and the same, with Vogt playing the role of volunteer 'victim,' complete with a bottle of fake blood discarded at his feet.

'Was Nick Vogt acting?' one asked in a note attached to a photo too grisly to show.

'You think that's enough blood for 2 lost legs?' came a reply. 'When they took another photo he was lying on the ground, pretending he was badly injured.' 'I want to believe it's real,' chimed in a third, 'but damn, that blood just looks like someone spilled a can of red paint.'

Nick Vogt is missing his left pinky finger, here is a video where he's doing pushups and it's clearly seen that he has only 4 fingers on his left hand: 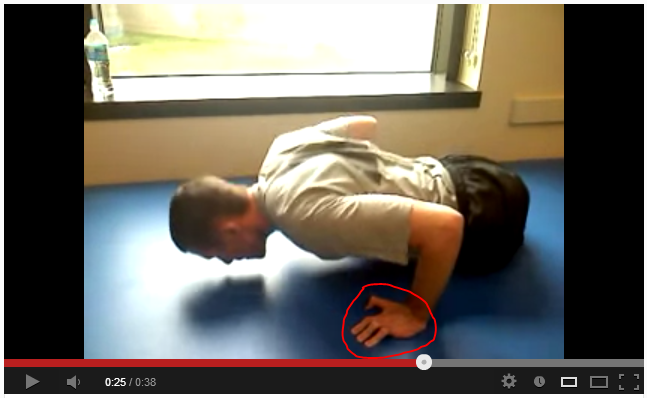 Jeff Bauman has all his fingers on the left hand. Here is a picture from a visit by Bradly Cooper, Jeff is holding a ball with his left hand, and it's clearly seen that he has all 5 fingers (one of them is white because of medical instrument): 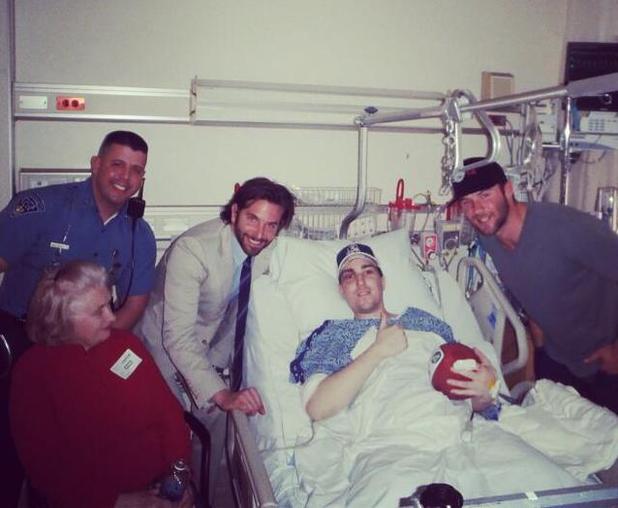 Not the answer you're looking for? Browse other questions tagged terrorism boston-marathon-bombings .