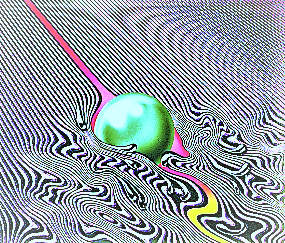 Currently, I don't know what I'm doing. But I do know that the ones in power need the powerless to canalize their power upon. If only powerful people would exist, power is meaningless.
What I also know is that I like the sciences, art (all forms of it), and somewhat less literature. And of course, the theories about what sciences are, how they proceed, how they work in practice, what they are about, etc.: the philosophy of the sciences.
I like the writings of Paul Feyerabend. As another philosopher of the sciences (Herr Feyerabend doesn't like this qualification, as he doesn't like being put in any category) once said:

I know no other person who has written one book ("Against Method") in three different forms and with changed content.

His most cited and most misinterpreted one-liner: "Anything goes".

People like Richard Dawkins have written many books, with many different covers. But with the same content.

I'm particularly interested in physics, which strange enough in the Netherlands is called "Natuurkunde"="knowledge of Nature", while everywhere else it's called something like it's called in English. Just so, "chemistry" is called here "scheikunde=knowledge of separating" and mathematics is called "wiskunde=knowledge of erasing". I'm not aware of another country also using different terms. I like every field. From the small(est) to the big(est). From classical to modern. I'm very interested, even a fan, of the Rishon Model.

I think everybody should see this tear-jerking documentary. Or this beautiful movie. Or this one.

This user hasn't posted yet.