Referred to as stage or street magic to distinguish it from paranormal or ritual magic. It is one of the oldest performing arts in the world in which audiences are entertained by staged tricks or illusions of seemingly impossible or supernatural feats using natural means.

The magic of Disneyland, walking through the tunnel underneath the train station to Main Street, it just transports you to other places and other times. - John Lasseter

As such, magic is a rich and largely untapped source of insight into perception and awareness. In so far as the understanding of behavior and perception goes, there are specific cases in which the magician's intuitive knowledge is superior to that of the neuroscientist. 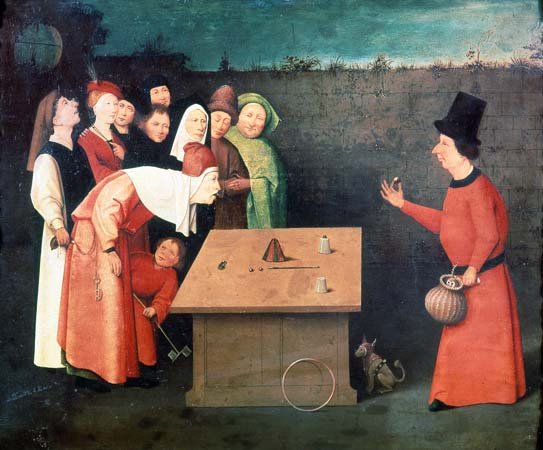 Using completely natural means, magicians create effects (magic tricks) that seem to be outside the laws of nature. One should note that, unlike so-called psychics, magicians do not claim to possess supernatural powers.

The devices used by magicians can include one or more of the following:

How do Shaolin monks break spears with their neck?