Evolution is the process of change in all forms of life over generations, and evolutionary biology is the study of how evolution occurs. The biodiversity of life evolves by means of mutations, genetic drift and natural selection.

The process of natural selection is based on three conditions.

When these three conditions hold true, natural selection will occur.

This means individuals will not have equal chances of reproductive success. Some individuals have a higher degree of fitness, a measure of success based on high numbers of surviving offspring. Traits that result in organisms being better adapted to their living conditions become more common in descendant populations.

For this reason, populations will never remain exactly the same over successive generations. The forces of evolution are most evident when populations become isolated, either through geographic distance or by mechanisms that prevent genetic exchange. Over time, isolated populations can branch off into new species.

Random genetic drift describes another process that regulates evolution. The majority of genetic mutations neither assist, change the appearance of, nor bring harm to individuals. These mutated genes are neutrally sorted among populations and survive across generations by chance alone. In contrast to genetic drift, natural selection is not a random process because it acts on traits that are necessary for survival.

Natural selection and random genetic drift are constant and dynamic parts of life. More than 99.9% of all species have become extinct since life began over 3.5 billion years ago. Evolution is more death than survival and over time this has shaped the branching structure in the tree of life. 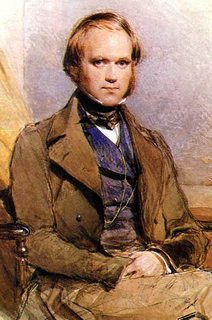 The modern understanding of evolution began with the 1859 publication of Charles Darwin's On the Origin of Species. In addition, Gregor Mendel's work with plants helped to explain the hereditary patterns of genetics.

Fossil discoveries in palaeontology, advances in population genetics and a global network of scientific research have provided further details into the mechanisms of evolution. Scientists now have a good understanding of the origin of new species (speciation) and have observed the speciation process in the laboratory and in the wild. Evolution is the principal theory that biologists use to understand life and is used in many disciplines, including medicine, psychology, conservation biology, anthropology, forensics, agriculture and other social-cultural applications.

Have coelacanth fossils younger than 65 million years been found?