I think the tales of Wall Street financiers plunging to their deaths in 1929 are probably well known. 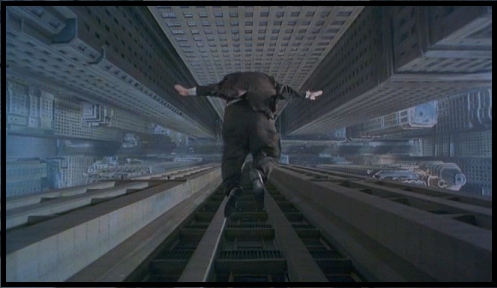 From Random Facts - The Great Depression:

After the initial crash, there was a wave of suicides in the New York’s financial district.
It is said that the clerks of one hotel even started asking new guests if they needed a room for sleeping or jumping. 1

But according to John Kenneth Galbraith's The Great Crash, 1929 this is a myth.

In the wake of Black Thursday London newspapers reported that ruined speculators were throwing themselves from windows, but Galbraith asserts there was no substance to these claims of widespread suicides.

The heavy lifting has been done by The Straight Dope.

To start with, let's look at the quality of your two conflicting sources. One is a respected academic book by a world-class economist. The other is a website that by admission devotes itself to "random facts and trivia". Guess which is going to be more reliable. Interestingly Galbraith's book is one of the main sources used by The Straight Dope.

Let's pull some summary quotes from The Straight Dope:

Studying U.S. death statistics, Galbraith found that while the U.S. suicide rate increased steadily between 1925 and 1932, during October and November of 1929 the number of suicides was disappointingly low.

That's not to say that a few failed investors, executives, etc., didn't kill themselves in the wake of the crash. But the suicides happened all around the country, didn't necessarily involve jumping out the window, and for the most part didn't take place immediately following the crash. [...] In 1929: The Year of the Great Crash (1989) historian William K. Klingaman says asphyxiation by gas was the most common method of doing oneself in, although there was considerable variety.

Several well-publicized suicides did fulfill the stereotype. Winston Churchill, visiting New York, was awakened the day after Black Tuesday by the noise of a crowd outside the Savoy-Plaza Hotel. "Under my very window a gentleman cast himself down fifteen storeys and was dashed to pieces, causing a wild commotion and the arrival of the fire brigade," he wrote.

In defense of Randomfacts, it is entirely possible that a few notable jumpers would have been reported as 'a wave' in contemporary sources, but would not make a significant difference to suicide statistics.

Quoting from My grandfather killed himself in the '29 crash', the title referring to a grandfather of Roger Graef.

Actually, the joke is in Eddie Cantor's own 1929 book Caught short!: A saga of wailing Wall street

So that portion of the quote in the OP is not accurate history.

Not the answer you're looking for? Browse other questions tagged history suicide .