Is this gesture Masonic?

So I've got casual acquiantances linking to things on Twitter about how this gesture of sticking your hand in your shirt in your formal portrait is actually Masonic. 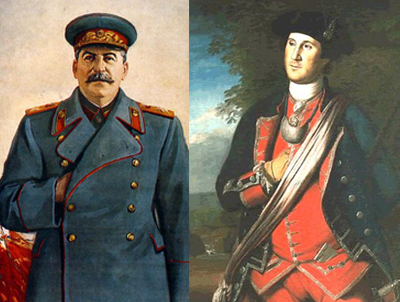 Without worrying about how much the Masons did or did not influence history by being an secret society who thought they were all cool and occult, I'd like to know whether the characterization of this gesture as "Masonic" is actually accurate. Are there other things it could indicate, or stylistic reasons for being portrayed that way?

This question as it is written is loaded for a couple of reasons:

Firstly, if you are you asking if this is a Masonic gesture, consider that there are also many works of art where this gesture is done where the people involved are clearly not Masons. So it is wrong to suggest that this pose is "purely" a Masonic gesture and providing an answer to the question as is, is misleading.

Secondly, and this has come up before on this site, you are asking about a secret society who: operates in secret, passes traditions on via word of mouth and does not have a published guidebook which states clearly what they do.

However, there is a supposed* Masonic gesture where the right hand is placed inside the coat / shirt that appears quite similar to the above gesture. So the answer to your question is it is possible, but don't confuse that with meaning that everyone who does this in a portrait is a Mason or is copying a Mason.

From Duncan's Masonic Ritual and Monitor by Malcolm C. Duncan [1866]

My words are Shem, Japhet, and Adoniram; my sign is this: (thrusting his hand in his bosom); it is in imitation of one given by God to Moses, when He commanded him to thrust his hand into his bosom, and, taking it out, it became as leprous as snow. My word of exhortation is explanatory of this sign, and is found in the writings of Moses, viz., fourth chapter of Exodus:

"And the Lord said unto Moses, Put now thine hand into thy

bosom. And he put his hand into his bosom; and when he took it out, behold, his hand was leprous as snow,".

FIG. 34. SIGN OF THE MASTER OF THE SECOND VEIL.

*In reference to the authenticity of this book or details within, refer to my second point above; this is a secret society. Furthermore rituals in one geographical area may only be for that limited area and not for the entire organisation or even at the country level for that matter.

18
Was there inscribed over the gate of Agra this story about divorce?
30
Is this a genuine 1965 literacy test?
30
Did Lenin say this about guns?
1
Does this photo depict the Sabra and Shatila massacre?
7
Is this Buddha portrait genuine?
16
Did Ataturk say this about Islam?
8
Was this a fire brigade reservoir at Auschwitz?
47
Is this photo showing a woman standing in the nude before teenagers real?