Do bees use odor instead of dance to communicate the location of food?

It has long been believed that bees use dance to communicate the location of food amongst each other. If true, this would make bees unique in the insect world, as all other insects are guided by smell. Here's what Wikipedia says about the dance:

Waggle dance is a term used in beekeeping and ethology for a particular figure-eight dance of the honey bee. By performing this dance, successful foragers can share with their hive mates information about the direction and distance to patches of flowers yielding nectar and pollen, to water sources, or to new housing locations.

However, this seems to be disputed. Adrian Wenner's experiments have the greatest evidence to support "odor plume" theory over "waggle dance" theory.

The paper that might be of most interest to you The Elusive Honey Bee Dance "Language" Hypothesis, or The Anatomy of a Ecological Controversy: Honey Bee Searching Behavior.

Following the Wikipedia sources, I found:

This described consisted of a number of ingenious experiments designed to test if the bees are being recruited to fly in a particular direction, or whether odour forms some part of the cue.

Their technique sounded like a science-fiction plot: they attached transponders to bees and tracked them individually by radar. They explain insect-tracking transponders only weigh between 6-20 milligrams; 10 years into their future and I still find this astonishing. I got distracted and followed it up. Forgive me for the digression, but here is a picture: 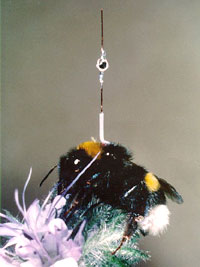 The key result was that capturing and moving the bees would effectively disorient them - they would head in the same vector from the release point as their would have taken from the capture point. 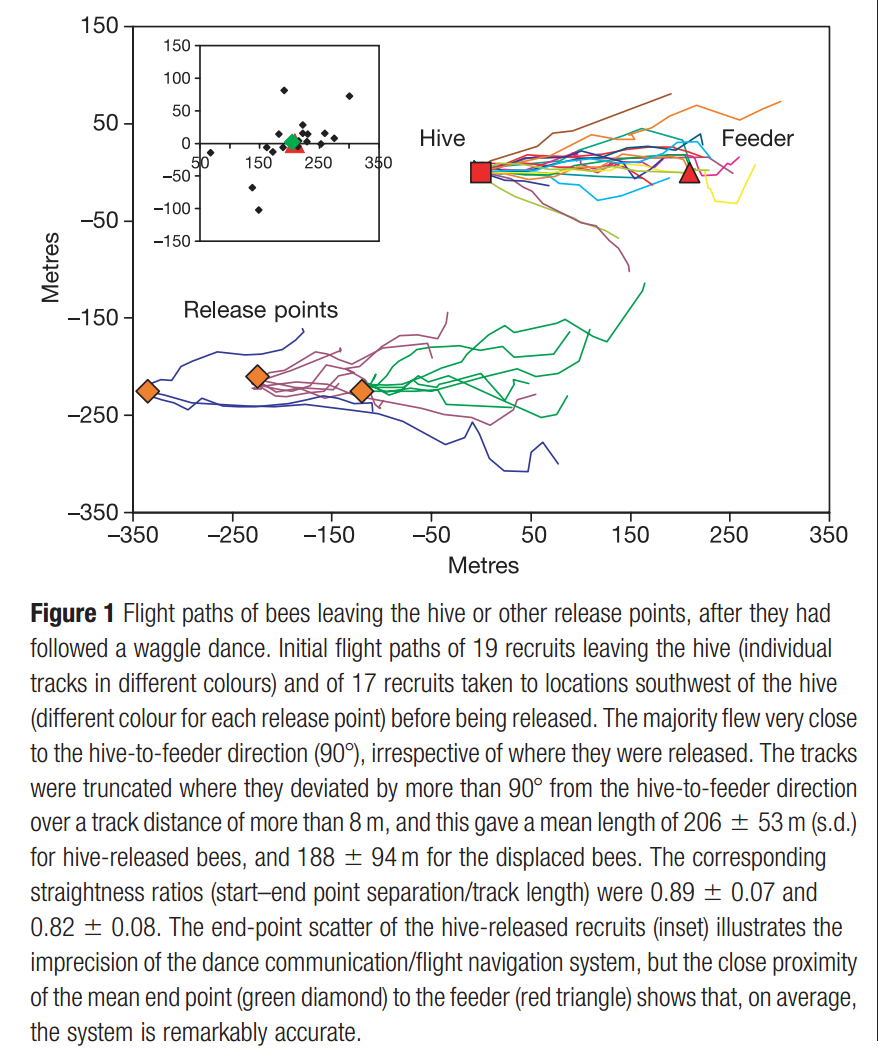 Another line of evidence was the absence of behaviours associated with other insects trying to detect odours.

[...] the ﬂight paths showed no evidence of the casting or upwind zigzagging that is known to characterize odour-following ﬂight in other insects. These two facts, and the ﬂight path data [...] together carry the very convincing inference that recruits leave the hive with prior knowledge of the direction and distance of a food source that they have never previously visited. By themselves, these observations thus provide extremely strong, direct support for von Frisch’s hypothesis that recruited bees ‘read’ the waggle dance, but the most compelling evidence comes from the ﬂights of displaced recruits.

They point out that the waggle dance alone is not 100% reliable, with some unsuccessful insects returning to the hive to get the directions again, and that odour and visual cues are important in the final stages of finding the food source.

We hope that together with earlier studies, particularly those of Gould10, Srinivasan et al.13 and Esch et al.14, our results will also be accepted as a vindication of the von Frisch hypothesis.

Not the answer you're looking for? Browse other questions tagged bees entomology .

8
Are mobile phones causing the demise of bees?