Does the average human eat their own body weight in food every month?

I read this comic: xkcd: The Race (Part 3), and felt the urge to shout "Cite your references!". 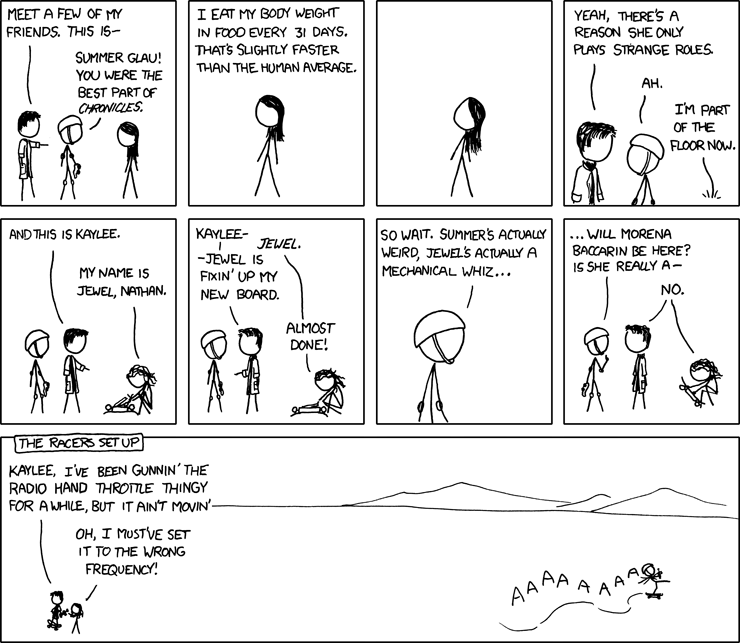 Is it true? Does the average human consume their body weight in food in just over a month?

According to a study by the clinical nutrition centre of Addenbrokes Hospital, Cambridge, UK measuring the food consumed by a random sample of the population of a Cambridge village:

So no the claim is not strictly true. But an error by a factor of two is actually pretty good for a web comic, and might be just a case of artistic license

10
Ammonia content of beef in USA
20
Are small and frequent meals better for health?
26
Does a typical human on a western diet have undigested protein stuck in their body from years of eating certain foods?
30
Is drinking tea after a meal unhealthy?
38
Does your stomach shrink if you eat less?
12
Does consuming a surplus 3,500 calories lead to the gain of one pound of body fat?
12
Does blending food to "break down the cell walls" make it healthier?
7
What are the effects of a Big Mac on our bodies?
8
Protein Per Every Pound You Weigh for optimal muscle building?