Was the Titanic ever publicised as "Unsinkable"? 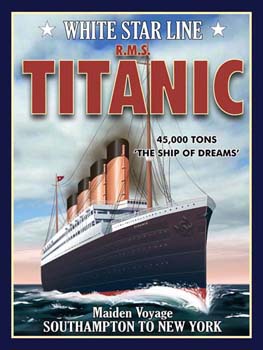 Claims that one of history's greatest ships could never sink were never made during the Titanic's short lifetime and are a classic example of myth creation, according to a British academic.

Richard Howells, lecturer in communications studies at Leeds University, says in a new book, The Myth of the Titanic, that it was only after the liner had gone down that she was described as being unsinkable.

... The belief that the Titanic's builders had promoted her as the world's first unsinkable ship has been repeatedly reinforced over the years in books and films about her maiden voyage in 1912, when she sank after hitting an iceberg.

James Cameron's film Titanic has the heroine's mother looking up at the ship before she set sail and remarking: "So this is the ship they say is unsinkable? "

Yet, Dr Howells claims that an extensive search of the Titanic literature at the time has revealed only three instances when the word "unsinkable" was mentioned in print - and then only with the proviso "practically".

"The population as a whole was unlikely to have thought of the Titanic as a unique, unsinkable ship before its maiden voyage," he said. 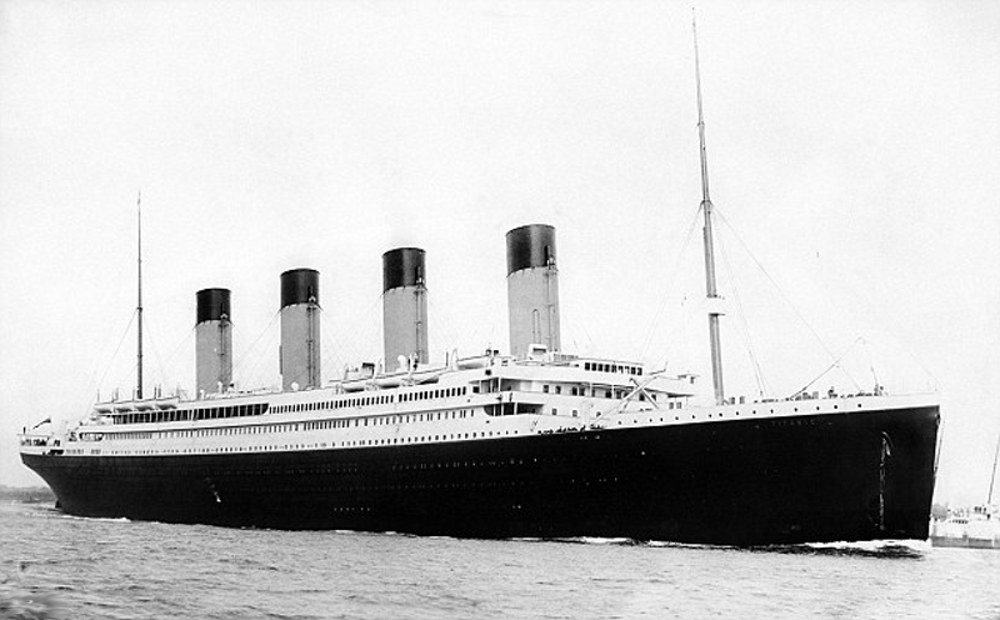 See for example the statements of Captain E. J. Smith, captain of the Olympic:

the Olympic is unsinkable, and the Titanic will be the same when she is put in commission. 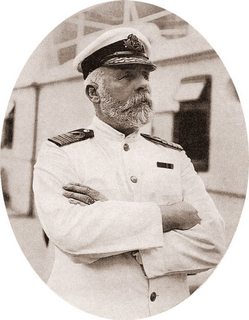 (The above statement is only reported to be coming from him. While the page claims that the Washington Post is the official source, I can't confirm at this time)

Also, you may want to review the official press statements by P. A. S. Franklin, vice-president of the International Mercantile Marine Co., the day after the disaster, when the ship was still claimed to be "unsinkable":

“While we have had no direct wireless communication from the Titanic,” said Mr Franklin, “we are satisfied that the vessel is unsinkable.

There is then the following image, reportedly from a White Star Line brochure: 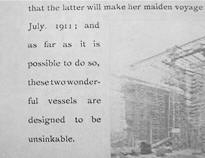 I cannot confirm the image is original, but I have no reason to doubt it either. This is also confirmed by an article in the Denver Post of 15 April 1912:

Belfast, April 15, 1912. — A representative of Harland and Wolff, the constructors of the Titanic, interviewed today, said that if the Titanic were sinking, the collision must have been of great force.
The plating of the vessel, he said, was of the heaviest caliber and even if it were pierced, any two of her compartments could be flooded without imperilling the safety of the ship. 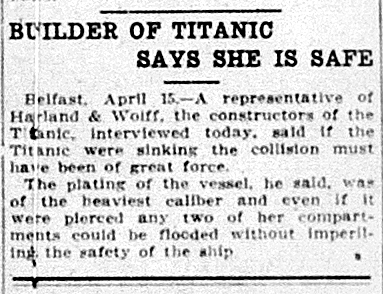 There is also this nice, but old page which describes the available evidence.

Contrary to popular opinion, there is a considerable body of evidence which proves pretty conclusively that the Titanic (as well as the Olympic) was called unsinkable not only in pre-disaster publicity brochures and newspaper articles but that there was a widespread oral tradition to that same effect -- a tradition that seems to have been promoted by top individuals at both Harland and Wolff and the White Star Line.

Funnily enough, Wikipedia looks at the same evidence and finds it relevant to claim that the ship was only claimed to be "virtually unsinkable" until the sinking — they do not provide any reason or strong reference as to why it would make a difference.

The general consensus was the Olympic class ships were "practically" unsinkable, or "virtually" unsinkable, or various other qualifiers that most members of the travelling public tended to ignore. In the worst case it was believed these ships would take days to sink, plenty of time for a safe evacuation.

For example, according to Walter Lord's first Titanic book, A Night To Remember, A 1911 edition of the magazine Shipbuilder stated that:

the captain can, by simply moving an electric switch close the watertight doors throughout and make the vessel practically unsinkable

(In his second Titanic book, The Night Lives On, he attributes the above quotation to The Irish News and The Belfast Morning News article, TITANIC DESCRIBED, but also states that the Shipbuilder's article has words to the same effect)

But at the time people thought most modern ships were practically unsinkable so it wasn't really outstanding for Titanic to share that label too.

Also mentioned in A Night To Remember, Captain Smith granted an interview to an unnamed New York newspaper after completing the maiden voyage of the RMS Adriatic (the last of the "Big Four" that were the predecessors of the Olympic class) in 1907:

I will say that I cannot imagine any condition which could cause a ship to founder. I cannot conceive of any vital disaster happening to this vessel. Modern shipbuilding has gone beyond that.

Given that the British Board of Trade regulations (which had last been revised in 1906 when the 20,000 ton Adriatic was fitting out) made it legal for steamers over 10,000 Tons to vastly under-provision lifeboat places, it would seem that few people in 1912 seriously believed that any modern ship would sink before other ships reached her. If a ship did sink the expectation was that it would take days to happen, and other ships would arrive and loan their lifeboats to the stricken vessel to make up the shortfall in boat capacity.

Indeed, this is exactly what happened when the 15,000 ton RMS Republic sank. That ship took over a day to sink and aside from those killed in the initial collision, everybody got off safely and were transferred to rescue ships long before that happened. 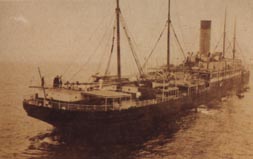 Like Titanic, Republic was a White Star ship, and had been built by Harland and Wolff. While considerably smaller, she would have employed similar construction techniques and general layout of safety features of her larger successor. And like her successor, she was also considered "practically unsinkable".

On a personal note, I can't help feeling sometimes that you almost have to admire the innocent optimistic arrogance of the Edwardians. It's charmingly quaint.

UPDATE: I now have a primary source for the claim that the Titanic was expected to remain buoyant for a long time after an accident so I'm updating my answer to include it. Ruth Blanchard's mother was apparently nervous about sailing on the Titanic, due to it being a new, untested ship. The purser reassured her that should the ship be damaged, her watertight compartments were certain to keep her afloat until help arrived. This is an interesting remark because it supports the "unsinkable with caveats" view that appeared to be common at the time.

Not the answer you're looking for? Browse other questions tagged history titanic .

8
Did the moon's tidal effect sink the Titanic?
11
Was Greenpeace ever sponsored by KGB?
24
Was Chinese water torture ever used as a torture method?
4
Was SS Californian intended to be a rescue vehicle for the passengers of a deliberately-sunk Titanic?
60
Were Mermaid passengers shipwrecked by 5 different vessels before being successfully rescued?
9
Was prophylactic appendectomy or tonsillectomy ever performed upon children?
6
Was a mirage involved in the Titanic's sinking?
14
Did passengers of the Titanic predict/foreshadow its sinking?
23
Was breaking apart coins for change ever a common custom?
11
Did the chief baker of the Titanic survive two hours in ice-cold water?