Is it possible to crush bacteria?

For example by stepping on, stabbing with tiny needles or by pushing hard with thumb on a specific spot, etc? Can bacteria die in a car crash? Or as a result of playing football? Another situation might be bacteria sitting on the surface of drums and being beaten by drummer?

Examples of the claim (2 pro and 1 against):

biology hygiene
Share
Improve this question
edited May 1 '12 at 11:43

Yes, theoretically it's possible to crush all types of bacteria, but practically you can crush only the bigger types, and not with the ways you suggested.

All sizes have been taken from here

As the answer to one of the questions you provided states:

Technically you can crush them. In practical terms it's difficult because of their size and the surface of whatever you are using to crush them. Even what appears to be a perfectly smooth surface to the naked eye is often rough and filled with groves under magnification. Most bacteria get pushed into these groves and escape crushing. If you try to crush them with your fingers they escape into groves in the skin. Try stepping on them and they escape in the many groves / imperfections in your shoes.

I have crushed many while looking down the microscope. If you are not careful and over focus your lenscan push on the slide cover, which will crush your bacteria.

But you won't be able to crush all bacteria types. The easiest (single cell organism) to crush will be the Amoeba, which is of the size as a needle point (diameter of ~0.5 mm). On the other hand an E.coli bacteria is 3x0.6 micro meters in size which makes it ~900 times smaller. At those sizes the surfaces are no longer flat and have tiny grooves on them which makes it almost impossible to put two surfaces exactly aligned together at a specific point to crush the bacteria.

Your skin has very large grooves, so large they are visible with a naked eye, the same goes for a drum surface, a football or a car, so those materials will probably not kill any bacteria at all.

You could crush some of the larger types of bacteria, but not all of them and not by accident. You would need to use special equipment, such as two surfaces made of glass or similar materials, as in @Rex Kerr's example. It would be much easier to just use anti bacterial gel or soap to sanitize your surroundings.

Here are some micro images of surfaces that look to us as extremely smooth but are't in actuality:

A picture of paper, taken from here: 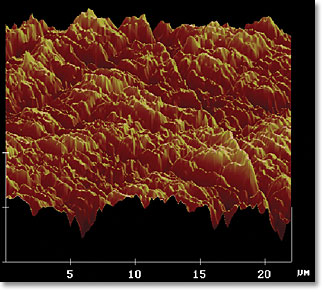 A picture of glass, taken from here: 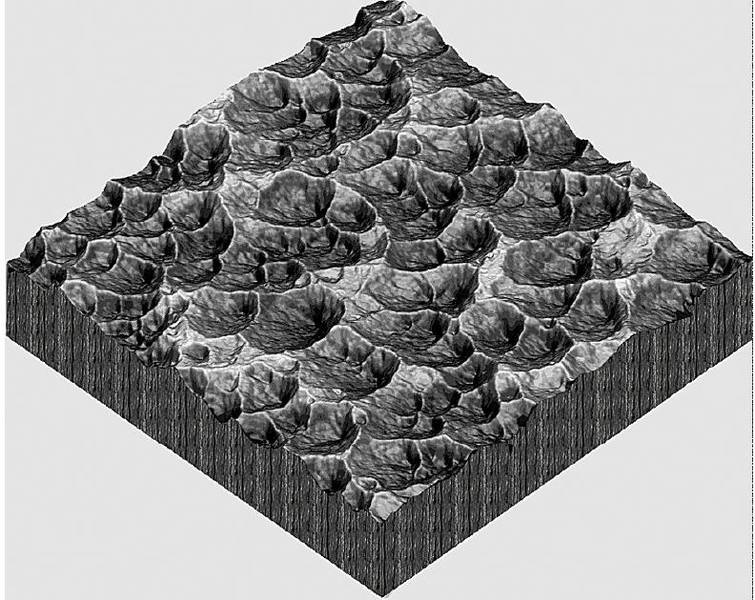 and a picture of E. coli bacteria showing that they are just a few micro meters squared in size:

Not the answer you're looking for? Browse other questions tagged biology hygiene .

25
Did a NASA study show that arsenic-based bacteria are possible?
28
Does wearing headphones for long periods increase dangerous bacteria in your ear?
10
Do “naturally raised” animals contain less bacteria?
6
Does “Thieves oil” kill bacteria and boost the immune system?
25
Do hand dryers in public bathrooms spread bacteria?
19
Are women's public restrooms dirtier and/or more bacteria-laden than the men's rooms?
2
Do pathogens have a negative ORP and beneficial bacteria a positive?
9
Do handwashs kill 99.9% of bacteria?
5
Are gut bacteria a cause of depression?