Are men 6 times more likely to be struck by lightning than women?

This is something I found on Tumblr: 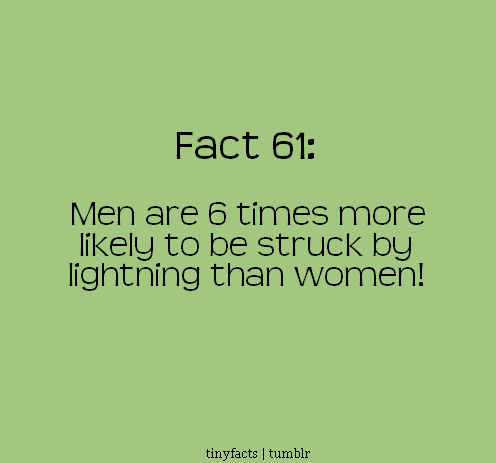 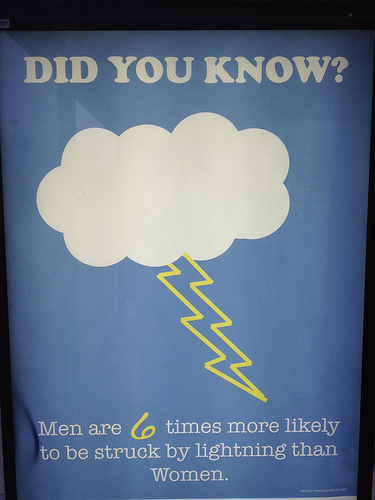 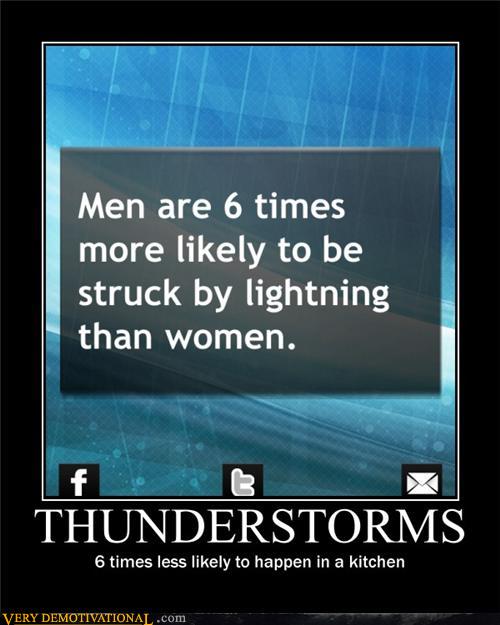 Does this claim have any scientific basis at all?

The numbers may not be right, but the tendency is.

The fact that men are more likely to be struck by lightning than women is backed up by several scientific studies. NASA backs this up but says that it is four times as many men as women. NOAA has a very detailed breakdown of lightning strikes:

In summary, males are killed 4.6 times as often as females, and are 5.3 times as likely as females to be injured.

All of these figures are for the US, of course.

Not the answer you're looking for? Browse other questions tagged psychology gender .

26
Do women talk more than men?
16
Do women do more housework than men?
23
Are women's orgasms more powerful than men's?
45
Are men smarter than women?
4
Are youths that watch violent X-rated material 6 times more likely to force others sexually?
11
Are male and female brains connected in a completely different manner?
61
Do men feel threatened by intelligent women?
17
Are men more likely than women to accept an offer for casual sex?