Does contraception cause infidelity and/or divorce?

A friend of mine attended Catholic Mass today and shared that the homily was entirely about contraception. From her summary, the gist was that the priest suggested that artificial contraception has directly contributed to increases in divorce and infidelity among married couples.

To back this up, here's some other similar statements:

Why did the divorce rate double between the 1960s and the 1970s? ... If 80 percent of women are using some form of contraception, that makes a lot of women and a lot of men think that there is no problem with having sex with someone who is married to someone else. Many people had multiple sexual partners before they married. They don't see any particular reason to stop after they get married. Because, you see, sex was no big deal before they got married. There's no particular reason to think that it's a big deal after marriage.

The widespread problem of divorce in modern society can be laid fairly and squarely at the feet of the contraceptive mentality and the warped view of self, sexuality and married love that it entails. Proof of this can be seen in the extremely low divorce rates among couples who do not use contraception.

Artificial birth control also opened the door for an increase in pre-marital sex and adulterous relations.

There are some great responses and issues addressed at the related question about NFP divorce rates above, however I'd like to focus specifically on the historical divorce and infidelity rates and ask:

Have any studies focused on/attempted to specifically isolate whether or not contraceptives alone have caused (in part or whole) these rate increases?

In other words, has some study been able to conclude that, on average, some Persons A and B will divorce or be unfaithful in marriage in the presence of readily available contraceptives, but otherwise wouldn't have done so?

The premise of this question is incorrect; there has been no increase in divorce rates in recent years, and in fact they have been decreasing since 1996. (raw data here if you want to look through it - but it's really raw, pdf table ew).

Edit: oh right and infidelity has been basically flat. (that article is trying to say it's gone down, but honestly their numbers look like noise)

However, the other half of this question is sort of correct - there has been an increase in the usage of contraceptives over the last decade, as can be seen in this document from the CDC (pdf page 26, internal numbering page 18).

As others have pointed out, there are problems with the original questions, but that does not invalidate the original idea.

A primary usage of contraceptives is to prevent children, and we know they are rather effective at this.

And apparently "The divorce rate among couples with children is 40 percent lower than couples without children" [1]. I have been unable to find any data on how that changes with more vs less children, but the number of children in the parents families also have a large effect on their future divorce risk [2].

So, as contraceptives are used and are so effective at preventing children, there is some data that would at least indirectly link contraceptive use and divorce.

Unfortunately, I can not find any data on if their is perhaps more infidelity in marriages that eventually end up divorcing, but it would not be an unreasonable hypothesis to suggest that something that weakens marriage would also increase infidelity.

Update: More data on the Bangladesh case study has become available (3). Since 2012 they have seen a 34% increase in the divorce rate. And while I cannot find any original data on this, the articles heavily imply that is unusual. So the divorce rate increased after the contraceptive use. 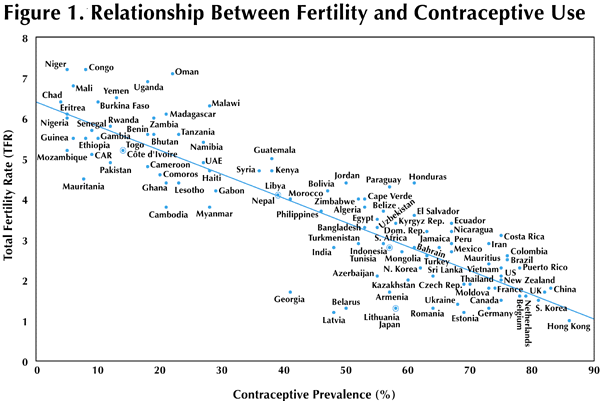 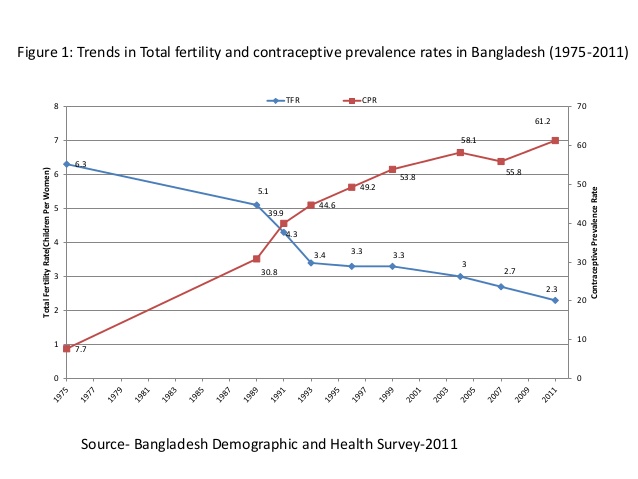 Not the answer you're looking for? Browse other questions tagged catholic-church contraception marriage .