Is sadomasochism more prevalent in England than in other countries?

In an interview Keira Knightley talks about her film A Dangerous Method which features sadomasochistic scenes:

And weirdly, apart from this country, it hasn't been, so that's been really great.

In England it's got mentioned all the time. I don't know what that says about us! We obviously like spanking.

Are English people more interested in spanking and similar sadomasochistic practises than those in other countries?

The 2005 Durex Global Sex Survey asked people in 41 different countries various questions about sexual activities. These are the results for the question "Sexual experiences you’ve had" 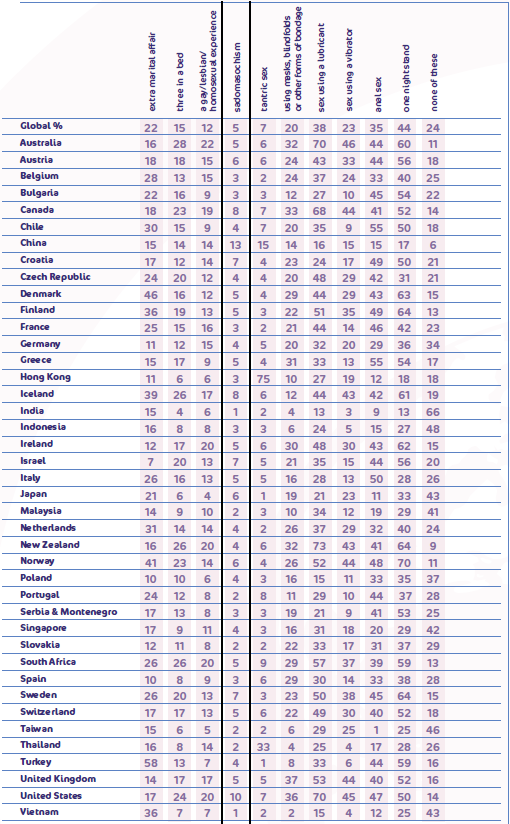 5% of people in the UK reported having had a sadomasochist experience, this is the same as the Global %.

Not the answer you're looking for? Browse other questions tagged psychology sexuality united-kingdom .

42
Are homosexual men substantially more likely to be pedophiles than heterosexual men?
5
Is the weather particularly bad in England?
23
Are women's orgasms more powerful than men's?
4
Is the eye-movement aspect of EMDR therapy more effective than other available therapies for treating trauma survivors?
6
Does England devote as much land to Golf as housing?
8
Did King Henry VIII of England explode in his coffin?