If you're born on an airplane, do you get free flights for life?

It's a common myth that if you're born on an airplane, or mid-flight, you get free flights for life from whatever company is running the flight.

Example of a claim - just pertaining to one company, but the article makes it seem common place.

Is this true, in general?

According to Snopes the answer is NO:

Barbara Mikkelson (who has contacted several airlines to get to the bottom of this) speculates:

... the origin of the "lifetime pass" legend came about as a fanciful explanation for why some airlines refuse passage to expectant women.

And there are indeed special regulations for pregnant women, e.g.

Whilst pregnancy is not a “medical condition”, flying whilst pregnant is a frequently raised topic.

Normally pregnancy is a happy event for all concerned but delivery in flight it is not without risks to the mother and baby. For this reason British Airways, along with many airlines, refuses to carry women in the latter stages of pregnancy, typically after 36 weeks for single pregnancies, 32 weeks for multiple.

Delivery in flight, or diversion in flight to a location that may not have high quality obstetric services, is undesirable. 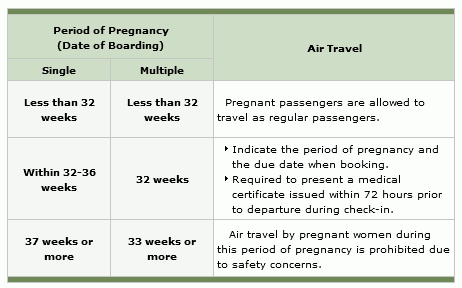 IATA (International Air Transport Association), which represents some 240 airlines, has a 398 pages thick Standard's Manual (from December 2011), but there is no mention of free flights for new-borns. 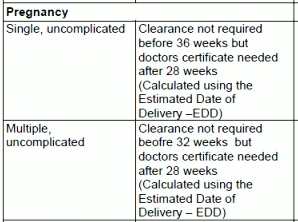 I also browsed through several airline's webpages and while they all do mention special rules for pregnant women, neither says anything about a "bonus" when you deliver in-flight.

On the contrary some airlines even refuse to carry "highly" pregnant women (see above).

But, as the link in the question shows, reported cases do exist:

A baby boy who made a surprise arrival on board an AirAsia flight this week will be given free flights for life with the budget carrier, as will his mother.
...

"To celebrate this momentous occasion, we decided to present both mother and child with free flights for life," said AirAsia's director of operations Moses Devanayagam.

Not the answer you're looking for? Browse other questions tagged aviation marketing pregnancy .

45
Does oxygen get you high enough to keep you calm during a plane crash?
34
Were the Wright Brothers the first to fly?
42
Did removing one olive lead to an airline saving thousands of dollars?
12
Are fume events a frequent health hazard to airplane passengers?
10
Do pregnant women "glow"?
15
Was there a coordinated action on 9/11 to crash an unarmed F-16 into a hijacked plane?
6
Did the Wright brothers fly 105 times in 1904?