Does Santa Claus get more mail than any other fictional or divine entity? 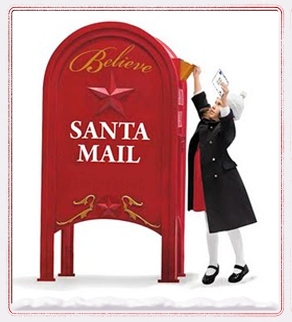 I was listening to the 2008 Christmas Special of the BBC radio programme The Unbelievable Truth, where the following was said to be true:

Santa has more mail than any other fictional or divine entity.
God and Sherlock Holmes come next.

I couldn't find a list that confirms/debunks this (too much "noise"), but I did stumble upon a number for letters to Santa Claus:

More than 6 million letters every year are addressed to Santa Claus, North Pole, or some variation of that.

My Question:
Does anyone know a source that confirms (or debunks) the claim?

This is hard to answer due to the lack of readily available mail statistics.

Canada Post receives millions of letters to Santa each year. Letters to God and the easter bunny are also mentioned but do not seem to be as common.

Letters to god are forwarded on to the Western Wall in Jerusalem, although sometimes only if sufficient postage was paid.

It is important to note that many post offices have programs for dealing with letters addressed to Santa such as the Letters to Santa program in the US.

I can't find any official statistics so it's hard to say for sure, however given what we do know:

It would seem reasonable to consider the claim likely.

I couldn't find any statistics for letters addressed to Sherlock Holmes

Based on this I think it is safe to assume that the claim is true.

Not the answer you're looking for? Browse other questions tagged religion sociology christmas .

26
Is the US more tolerant of failure than other cultures?