It's quite a common experience that there are fewer women and African (-American) people in programming as warranted by the natural proportions. It is not so obvious whether this is due to discrimination or cultural differences (the difference being in whether the minorities are uninterested or the majority discriminatory).

Martin Fowler seems to think there is proof of discrimination in his latest blog post:

One point of view I hear fairly regularly is that these diversity imbalances are natural - because women don't have the aptitude or inclination for programming. This point of view upsets a lot of people but I think it's important to treat it seriously. I think of it as a hypothesis, which I'll call the natural balance hypothesis. It needs to be treated seriously because there's plenty of people who feel it explains the current situation - but I argue that it has two serious flaws, which mean that I must vigorously reject it.

I don't agree he is presenting any valuable proof, mostly pseudo logic based on mere speculation, but this doesn't mean he is wrong. Are serious studies supporting or contradicting his claims?

According to Why So Few?: Women in Science, Technology, Engineering, and Mathematics by Catherine Hill, Ph. D., Christianne Corbett, and Andresse St. Rose, Ed.D., 2010: 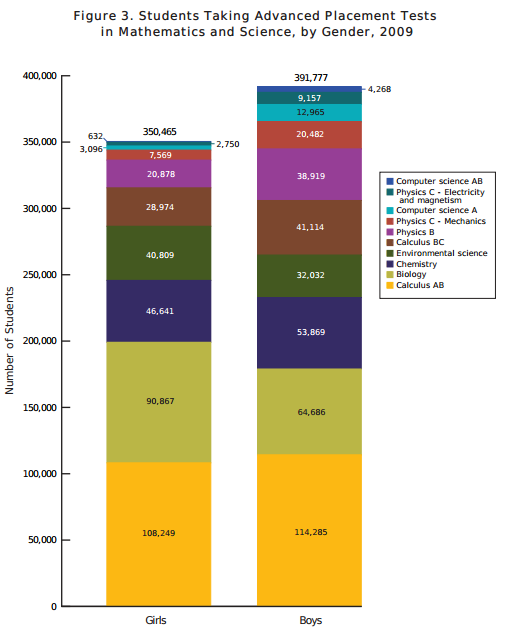 Number of graduates with B.Sc. in computer science:

Thus, "natural proportion" for newly hired software developers in US would based on available graduates be 82% male, 18% female. However, if you look at actual occupation statistics: 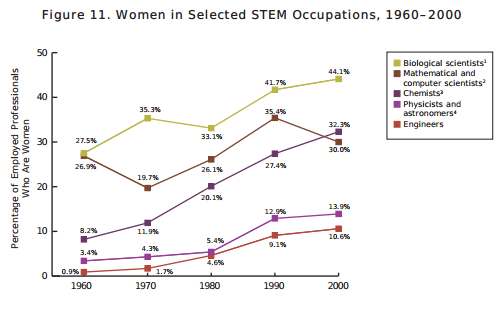 It has mathematics in same category as IT, but 30% is still lot more that 25% you'd expect from proportions of B.Sc. graduates. So if there is any bias in the IT industry, it's positive one, rather then negative one. Same goes for alleged bias in colleges, as you can see that percentage of women among graduates with B.Sc. in Computer Science (18%) is way higher, than percentage of girls among students taking Advanced Placement Test in Computer Science (13%).

Note, that the question is about discriminatory bias in IT industry hiring, not about society as a whole.

Not the answer you're looking for? Browse other questions tagged gender productivity work discrimination .

22
Did a US software developer outsource his own job to China?
18
Does Habitat for Humanity hire professional "cleanup crews" to fix poor construction work done by volunteers?