Is the Rorschach test a reliable diagnostic tool for psychologists? 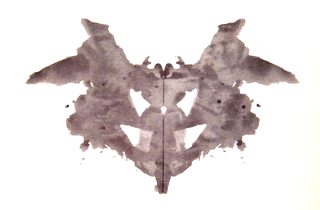 Is the Rorschach test a reliable diagnostic tool for psychologists?

Wikipedia says (at the top of the page):

It has been employed to detect underlying thought disorder, especially in cases where patients are reluctant to describe their thinking processes openly.

But at the bottom:

Some skeptics consider the Rorschach inkblot test pseudoscience, as several studies suggested that conclusions reached by test administrators since the 1950s were akin to cold reading.

Both sentences are apparently referenced! Which is which? Is it pseudo science or real science?

This seems to be one of our questions which have to be answered with "Not sure" .

There seems to be a dispute about the reliability of the Rorschach test under psychologists. The test also seems to have been hyped greatly over its actual usefulness. Some research papers try to analyze the usefulness of the test to to differ between certain disorders, like psychosis and non-psychosis disorders. However, different papers came to opposite results as shown below.

What's Wrong With the Rorschach? challenges the validity and utility of the Rorschach and explains why psychologists continue to judge people by their reactions to ink blots, in spite of a half century of largely negative scientific evidence.

What's Wrong With the Rorschach? offers a provocative critique of one of the most widely applied and influential - and still intensely controversial - psychological tests in the world today. Surveying more than fifty years of clinical and scholarly research, the authors provide compelling scientific evidence that the Rorschach has relatively little value for diagnosing mental illness, assessing personality, predicting behavior, or uncovering sexual abuse or other trauma. In this highly engaging, novelistic account of the Rorschach's origins and history, the authors detail the wealth of scientific evidence that the test is of questionable utility for real-world decision making.

An excerpt has been published by the Committee for Skeptical Inquiry: The Rorschach Inkblot Test, Fortune Tellers, and Cold Reading. There is also a book review available, which claims that the authors fail to make a case against Rorschach.

However, the same authors as above also wrote the following article What's Right with the Rorschach? and point out there that there seem to be valid areas for the test.

In the present article, we discuss the validity and clinical utility of the Rorschach as a measure of intelligence, thought disorder, and other psychological characteristics. We also summarize potential uses of the test in research and psychotherapy. Controversy has surrounded the Rorschach throughout most of its history not because it is worthless, but because it has so often been used for the wrong purposes.

Paradoxically, although the Rorschach is held in disrepute by many research psychologists, it has achieved its greatest successes as a research tool. Its value as a measure of thought disorder in schizophrenia research is well accepted. It is also used regularly in research on dependency, and, less often, in studies on hostility and anxiety.

Furthermore, substantial evidence justifies the use of the Rorschach as a clinical measure of intelligence and thought disorder. Although clinicians should normally rely on well-established tests such as the Wechsler Adult Intelligence Scale–Third Edition (Wechsler, 1997) to measure intelligence, and on clinical interviews to assess thought disorder, there may be times when the Rorschach can usefully supplement these “front-line” methods. In addition, the Rorschach may be useful as an exploratory technique in some forms of insight-oriented psychotherapy.

The virtues of the Rorschach are modest but genuine. If, over its long history, the test had been promoted solely for the uses identified here, it probably would have been less popular among psychologists, but also far less controversial. It remains to be seen whether clinical psychologists of the future can learn to accept the limitations of the Rorschach while respecting its strengths. Otherwise, it will continue to be promoted for purposes for which it has no usefulness and will inevitably be a flashpoint for controversy.

There are also contradictory research results on the use of the Rorschach test to differ between certain types of disorder:

Differentiating adolescents at clinical high risk for psychosis from psychotic and non-psychotic patients with the Rorschach:

This study was designed to assess cognitive functioning in a clinical sample of adolescents with heterogeneous psychiatric diagnoses, with a specific focus on patients at clinical high risk (CHR) for psychosis. The sample comprised 22 patients identified at CHR for psychosis, 67 psychotic and 187 non-psychotic, non-CHR patients. Neuropsychological assessment was conducted as part of the clinical examination and treatment, including Wechsler Intelligence Scale for Children (WISC)-III and/or Wechsler Adult Intelligence Scale (WAIS)-III measures of verbal comprehension, perceptual organisation, working memory and processing speed, Wisconsin Card Sorting Test (WCST) measures of executive function, and the Rorschach Comprehensive System measures of perceptual and thinking accuracy. Patients at CHR for psychosis did not significantly differ from other patient groups in terms of intellectual or executive functions. The Rorschach Perceptual Thinking Index (PTI) distinguished patients at CHR for psychosis from those diagnosed as having non-psychotic disorders, but not from those diagnosed as psychotic. Our results suggest perceptual and thought disturbance as an important indicator of vulnerability to psychosis.

while the following comes to the opposite result:

Validity of Rorschach Inkblot scores for discriminating psychopaths from nonpsychopaths in forensic populations: A meta-analysis.:

Gacono and Meloy (2009) have concluded that the Rorschach Inkblot Test is a sensitive instrument with which to discriminate psychopaths from nonpsychopaths. We examined the association of psychopathy with 37 Rorschach variables in a meta-analytic review of 173 validity coefficients derived from 22 studies comprising 780 forensic participants. All studies included the Hare Psychopathy Checklist or one of its versions (Hare, 1980, 1991, 2003) and Exner's (2003) Comprehensive System for the Rorschach. Mean validity coefficients of Rorschach variables in the meta-analysis ranged from −.113 to .239, with a median validity of .070 and a mean validity of .062. Psychopathy displayed a significant and medium-sized association with the number of Aggressive Potential responses (weighted mean validity coefficient = .232) and small but significant associations with the Sum of Texture responses, Cooperative Movement = 0, the number of Personal responses, and the Egocentricity Index (weighted mean validity coefficients = .097 to .159). The remaining 32 Rorschach variables were not significantly related to psychopathy. The present findings contradict the view that the Rorschach is a clinically sensitive instrument for discriminating psychopaths from nonpsychopaths. (PsycINFO Database Record (c) 2010 APA, all rights reserved)

Other studies show that the test is not useful to differ between other patterns, e.g.:

Psychological and personality patterns were examined amongst a sample of non-epileptic and epileptic individuals using the Rorschach Inkblot Method and Toronto Alexithymia Scale with the intent to identify differentiating psychological characteristics of these samples and to determine Rorschach’s utility in this area. The data collected from these two samples was compared with normative data. Results suggests that participants in both the epileptic and non-epileptic groups are able to experience and express their emotions but have limited coping skills to deal with stress as compared to normative data. Statistically significant differences between the two groups themselves were not identified and, in this study, Rorschach did not provide to be of use in differentiating the two groups.

46
Is there any scientific support for psychoanalysis?
6
Is Sandro Del-Prete's "Message d'Amour des Dauphins" a pervert test?
4
Is this "facial expression reading" test scientifically reliable?
14
Is the Q-on-the-forehead test a valid method of determining extraversion and ability to lie?
77
Is the world record for staying in an anechoic chamber an hour or less?
25
Is the Implicit Association Test effective at determining an individual's biases?