Pirates commonly portrayed as people wearing eye-patches, was it common for pirates to have one? Is it to signify the amount of physical fighting they were involved in? Or is it just a Hollywood thing?

The archetypal pirate in your picture is based primarily on one memorable pirate film based on a work of fiction. The meme springs almost entirely from fictional sources and not from shared characteristics of notable historical (or modern) pirates.

In films, books, cartoons, and toys, pirates often have an unrefined appearance that symbolizes the rogue personality and adventurous, seafaring lifestyle. They are frequently depicted as greedy, mean-spirited, and concentrated only on fighting enemy pirates and locating hidden treasure. They are often shown wearing shabby 17th or 18th century clothing, with a bandana or a feathered tricorne. They sometimes have an eye patch and almost always have a cutlass and a flintlock pistol, or some other sword or gun. They sometimes have scars and battle wounds, rotten or missing teeth (suggesting the effects of scurvy), as well as a hook or wooden stump where a hand or leg has been amputated. Some depictions of pirates also include monkeys or parrots* as pets, the former usually assisting them in thieving goods due to their supposed mischievous disposition.

Stereotypical pirate accents tend to resemble accents either from Cornwall, South Devon or Bristol in South West England, though they can also be based on Elizabethan era English or other parts of the world. Pirates in film, television and theatre are generally depicted as speaking English in a particular accent and speech pattern that sounds like a cross between a West Country accent and an old English accent, patterned on that of Robert Newton's performance as Long John Silver in the 1950 film Treasure Island.5 A West Country native where many famous English pirates hailed from, Newton's strong West Country accent also featured in Blackbeard the Pirate (1952).6 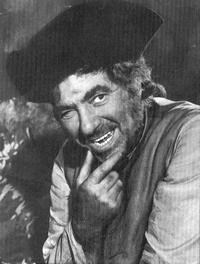 Hat, Parrot, Peg-leg, "Aaarh"
In the book (fiction) "Treasure Island", Long john silver had a peg-leg and a parrot but he wasn't described with a patch or a hook. Robert Newton played him with a bit of a squint but no patch.

Hook
The hook part of the meme presumably comes from another famous fictional pirate Captain Hook in "Peter Pan".

Eye-Patch
The only notable one-eyed pirate was Rahmah bin Jabr c. 1756 - 1826 "The most famous pirate of the Persian Gulf, this one-eyed captain plundered shipping for 50 years" - http://www.privateerdragons.com/pirates_famous6.html, It isn't clear whether he was the origin of the eyepatch part of the pirate meme.

Maybe the eyepatch came from another famous (but non-pirate) multiple-maimed naval figure - Horatio Nelson. Who knows? 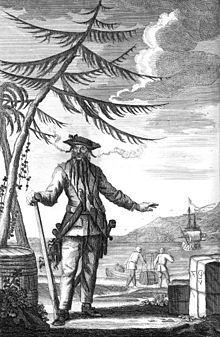 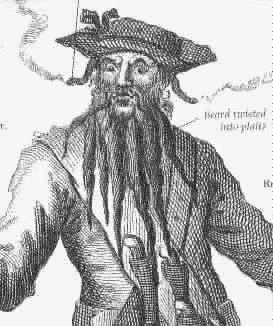 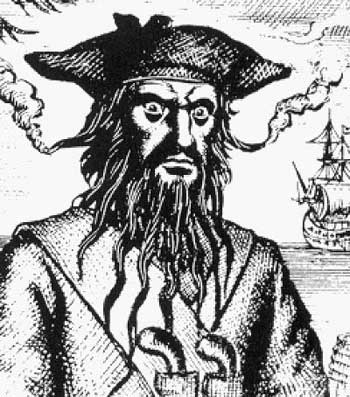 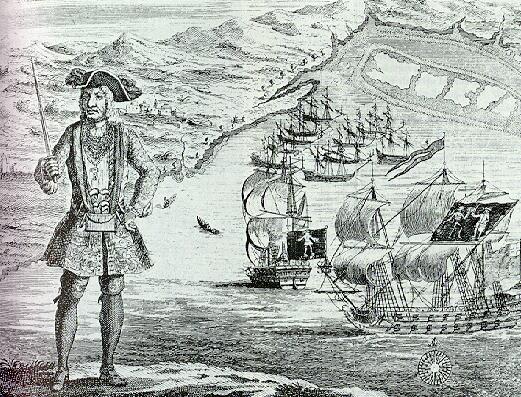 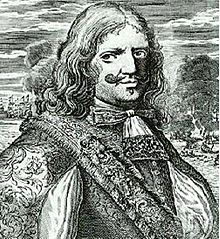 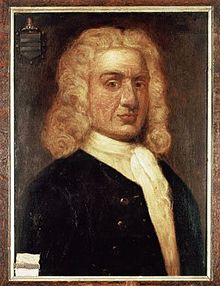 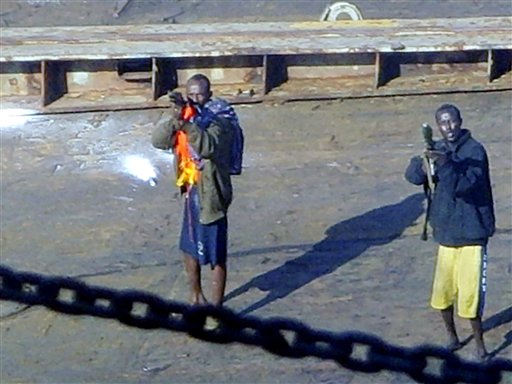 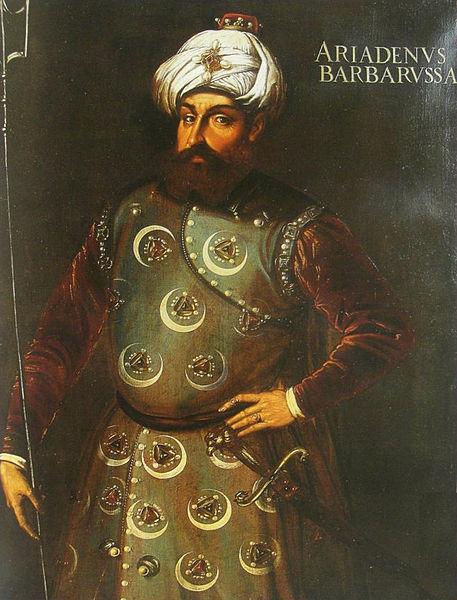 Not a definitive answer but Mythbusters episode 71 highlighted the night vision (or ranther sub-deck vision) that can be achieved by having an eye patch, even coming straight out of day light.

I'd be reasonably confident that lots of pirates would have worn them. At least in the day time.

As for my previous "understanding" that it was from injury, it doesn't really make much sense statistically. If an eye was often struck with a sword or knife, then the brain would likely be too. Most pirates eligible for eye patches would be dead IMHO.

There is a theory, which claims, that eye damage in former times often resulted from using Jacob's staff for navigation on sea, but not from injuries during fights. Search for Augenklappe in the german wikipedia.

However, pirates are much older than this instrument, and nowadays pirates surely don't use it any more.

So it could have evolved as a cliché for pirates, while it is common to all seafaring of a certain time.

Not the answer you're looking for? Browse other questions tagged history pirates .

30
Pirates with a prosthetic hook: Lore or Truth?

7
Is Macbeth cursed?
21
Did pirates shoot massive cannonball salvos?
21
Did the ballet/orchestral work 'The Rite of Spring' provoke a riot?
19
Were lawn jockey statues used to indicate stops on the Underground Railroad?
12
Did Edison publicly electrocute people's pets to present AC current as dangerous?
100
In the American west—the world of cowboys and cowhands—was ammunition traded for alcoholic “shots” of a drink?
11
Did the Neolithic Revolution increase infant mortality rates?
20
Were there no “white” people in Virginia between 1619 and 1679?