Are 1 in 25 people sociopaths?

I'm sure I've heard that statistic before, but I've never heard it explained or elaborated. How could anyone really know that? Is there a way to prove a person is a sociopath unless they are willing to provide honest answers?

There are additional claims that sociopaths are disproportionately represented among the prison population.

Again, how can anyone know that? Isn't it possible that some may not answer questions of remorse honestly?

Basically, is there any objective test for Antisocial Personality Disorder?

The National Institute of Mental Health says it's 1 in 100 and that it's more likely to find Antisocial Personality Disorder (the DSM-IV term) in men. 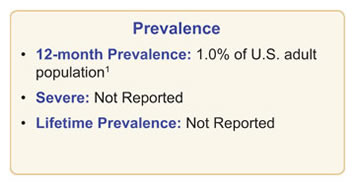 The link cites data from the National Comorbidity Survey, which you can find more about here and specifics regarding how they make dianoses here. Here is a PDF talking about how they select interviewees and do their interviews. To sum it up, 300 trained professionals went out and personally interviewed around 10000 people in the continental US once and then did follow-up interviews with around half of them.

That does line up with what my professors were telling me in college, but I can't very well cite my old notes here. They were probably just quoting me figures from the NCS, too.

Here is a PDF that talks about the five axis diagnosis process, since that's also relevant to part of your question.

The MMPI is supposed to be pretty good at picking out different disorders.

Dtander's answer is quite alright, but because you kept asking about the problem with self-report:

First: There is hardly any incentive to pretend that you don't feel empathy, so an estimate that we get from self-report would be lower-bound (if the criteria are proper).

Secondly, sociopath, psychopath, dissocial and antisocial personality disorder are not exactly the same concepts depending on who you ask. For example Hervey Cleckley has asserted that psychopaths are immune to suicide but there is differential evidence for two factors that Hare's PCL-R comprises.
So some argue that the deviancy/delinquency without lack of empathy/remorse is antisocial personality disorder, and the afflicted will sometimes seek help. I'm not on top of the debate, but I'd say it's likely that it will not come to an inherent endorsement of the term "psychopath" because it has a quite "evil" connotation (the Stout book sounds quite scaremongering as well) and the people Hare means wouldn't seek help anyway.

Third, not all of the criteria in antisocial/dissocial personality disorder and even fewer in the PCL-R need to be based on self-reports. There are case files about activities like (juvenile) delinquency, many short-term marital relationships, promiscuity, etc.
And not all think they have something to hide. A quote from Geoffrey Miller's Mating Mind:

Very few psychopaths flaunt their lack of sympathy like Hannibal Lecter, because very few of them are glamorous, urbane geniuses. Mostly, they are just ordinary creeps who beat their girlfriends, stab guys in bars for no reason, get caught, and then apply for parole four times as often as non-psychopaths because they don't think they've done anything wrong.

Fourth, I'd say the MMPI isn't good, it's just widespread. The SKID and the DIPS are supposed to be better. Many prefer the MMPI though for reasons such as sunk cost and the ability to fax your answer sheets in to get a score.
Can't dig up an English reference now, sorry.
Hank, P.,& Schwenkmezger, P. (2003). Das Minnesota Multiphasic Personality Inventory-2 (MMPI). Testbesprechung im Auftrag des Testkuratoriums. Report Psychologie, 28(5), 294-303.

Not the answer you're looking for? Browse other questions tagged medical-science psychology .