Are electronic power consumption “smart meters” an invasion of privacy?

I've recently seen some commotion online about "smart meters," electronic power consumption meters that are replacing the mechanical meters in some areas. My understanding is that these meters have radio transmitters that broadcast each household's power consumption (I'm not sure where these transmissions are received) once or several times per day (the effectiveness of this is discussed in this question).

One example of such commotion is this YouTube video, which claims that smart meters are an invasion of privacy, because:

Is the breadth of information visible to a smart meter anywhere near this level of accuracy? It defies my understanding of how electricity works in a home, but that understanding is far from complete. From what I've seen, the people spreading this warning are unusually calm and well spoken, and it's causing me to second guess myself.

The IEEE Spectrum magazine has discussed this issue in the past. Apparently it is clear from the data generated by these meters that certain appliances can be easily distinguished from others with reasonable accuracy and certainty. They reference a study from the NIST which illustrates

And they use this graph to demonstrate: 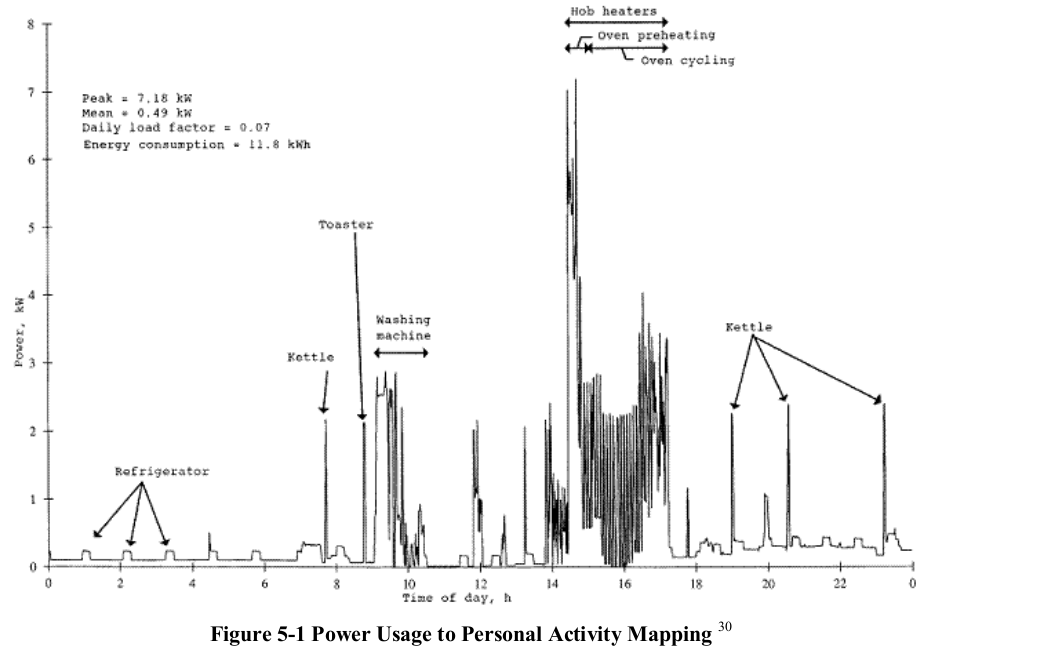 So basically because they sample the total energy flow at a fairly high frequency, they can estimate which devices are being used at which times based on the characteristics of those devices, which for a utility company should be easy to determine. It isn't perfect, but it's accurate enough especially if it can be correlated with smart meters for water, etc, because then they can map water usage to dishwashers, etc, and more accurately determine which electrical loads correspond to which major appliances.

Not the answer you're looking for? Browse other questions tagged electromagnetism surveillance .

32
Is it the current that kills you, not the voltage?
6
Is reading household power meters frequently helpful for utility companies?
11
Are birds magnetically repelled from high-voltage power lines?
31
Has anyone been caught using inductive coupling to steal power?