A recent article by [conservative activist] Christopher Rufo in City Journal, also cited at various places around the Internet such as The Daily Caller and Why Evolution is True, claims that:

Portland Public Schools has launched a war against the “gender binary” and adopted a radical new curriculum teaching students to subvert the sexuality of “white colonizers” and begin exploring “the infinite gender spectrum.”

I have obtained a cache of documents from a source inside Portland Public Schools that exposes the nature of this curriculum. The lessons seek to turn the principles of academic queer theory into an identity-formation program for elementary school students; it has been adopted in many of the district's K-5 classrooms.

The curriculum begins in kindergarten with an anatomy lesson featuring graphic drawings of children’s genitalia. The lesson avoids the terms “boy” and “girl” in favor of the gender-neutral variants “person with a penis” and “person with a vulva,” because, according to the curriculum, some girls can have penises and some boys can have vulvas. “Any gender and kid can have any type of body,” a related presentation reads.

However, the only citation in the article is a "cache of documents" from an anonymous source. Is there any independent confirmation of this information? In particular, has the curriculum described in the article (or one that is essentially identical to it) been adopted by any public elementary schools in the Portland area? I'd think that the contents of a curriculum that has supposedly been "adopted in many of the district's K-5 classrooms" would be pretty easy to verify.

I can confirm that some pages of the "cache of documents" are on google drive links of the Portland Public School website https://www.pps.net/Page/15891 under the heading "21-22 SY K-5 Growth and Development Lessons (Parent/Guardian Preview) "

There are 6 google drive links, one for each of grades K-5:

For example, some of the kindergarten slides at the official site are: 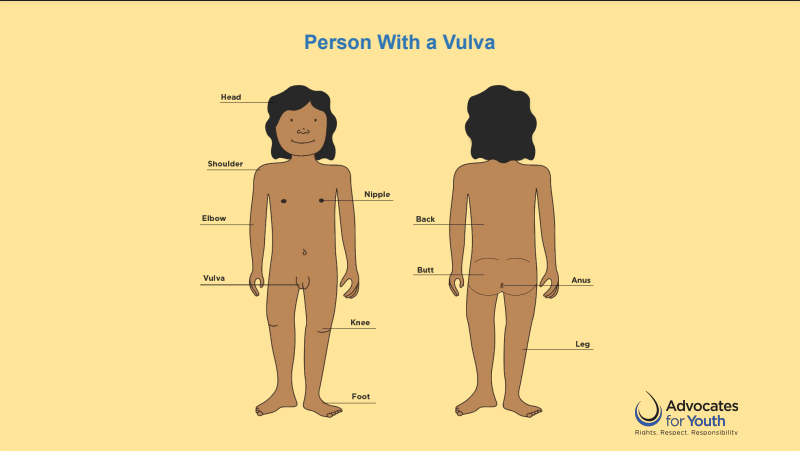 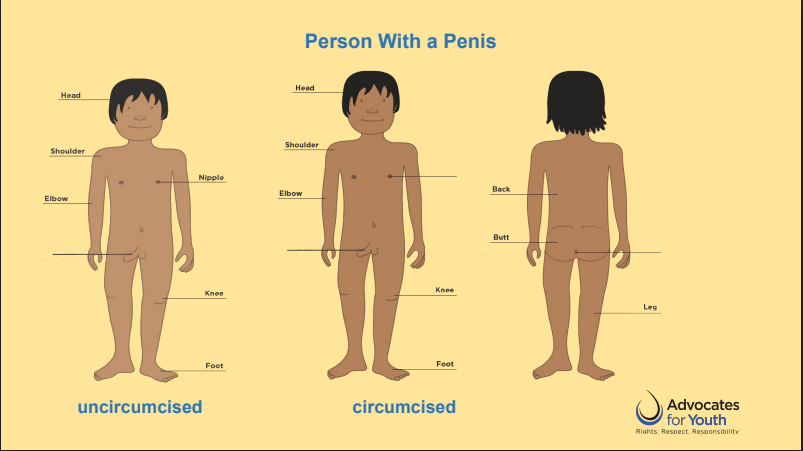 The kindergarten teacher is instructed:

All language in the activities and slides are very intentional. Please follow what is written. Anytime you want to name something for all people, say “all genders” rather than “both genders” or “all genders” rather than “girls and boys.” Avoid the terms male/female for the anatomy diagrams and instead name the specific parts. For example, say “people with penises" or “if you have a vulva, ....”. This language is essential to not erase our trans, nonbinary, and gender diverse students and families.

It is likely that students will see the body parts and refer to this as the “male” system, and the second system as the “female” system. You should point out that you don’t gender each system because they are made up of body parts that can belong to someone no matter what their gender is.

The source documents in OP article are closely related to, but go beyond, official Oregon and Portland Public School policy.

So while it is not official policy of the whole Portland Public School system that White colonization is to be blamed, there is an official association between "Indigenous cultures" and "sexual and gender diversity".

Additionally, an official Oregon Department of Education website has a presentation titled ODE LGBTQ2SIA+ Inclusive Standards, Instruction, and School Communities by two state department of education officials which on slide 26 instructs teachers to:

Discuss colonized erasure of gender expansive ways of being

Going back to the OP article, on page 59 of the source documents, where the title "PPS Health Grade 1 Unit 5" appears, unit 5 is the growth and development unit for Portland Public School first graders according to this official source

It's not clear that there is a full or comprehensive answer as to the questions of source or authenticity of what has been posted.

Note that Portland Public Schools (PPS) say that they are the largest public school district in Oregon, with more than 49,000 students in 81 schools.

There are three linked short posts, the first being:

"PPS recognizes there is misinformation regarding our sexuality education classes in the media space. Here is the truth:

He cross-references to his articles published elsewhere.

They don't seem to add much if at all, least of all any actual actual sources like who (or where the material was) published, or who wrote it. L. S. Spring and March 2021 are on the slides as author but nothing further is identifiable as far as can be seen.

Nor are any specific PPS schools in which the materials are, or have been, used.

Rufo does say that there's a fuller report to be read in City Journal (apparently a publication of the Manhattan Institute for Policy Research (MI), a leading free-market think tank) and on his web site

If it's taken as read that this is indeed material that is being used, taking a few slides out of context does not not give anything like a reasonable picture of what kids are being taught over an extended period - of up to five years - rather than in one year (or less).

He does reference and provide a slide pack - 198 of 'em - the anonymously provided 'cache' - which takes kids through various stages (these appear to be kindergarden to eventually 4th and 5th grade questions) of sex/gender education. It's at the end of his piece at https://christopherrufo.com/portland-sexual-revolution/

It's a lot different from the fumbled couple of lessons we had with our form master (equivalent of home room school teacher I guess, who also taught us geography) about the age of 9 years old, in London in the 1960s.

The context here is set out - fairly simply initially, and then that develops and would appear to be guided over time.

Unlike over 50 years ago, the clarity and straightforward approach that is suggested, and the graded and steady development over time, indicates to me a lot more thought and consideration.

Life is a lot more complicated than it was taken to be 50+ years ago ..... 'subversion' even of those distant white colonizers (though much of the west coast colonization came, as I understand it, from Asia) , and the apparent simplicity of two genders, when even then some of our school mates and friends were unsure of their sexuality, seems a very long way away from these materials.

Not the answer you're looking for? Browse other questions tagged united-states education gender children lgbt .

28
Do graduates from private secondary schools perform better in college than graduates from public schools?
13
Does majority-white and majority-republican Owsley county have the highest SNAP usage?
49
Were students "forced to recite 'Allah is the only God'" in Tennessee public schools?
9
Will parents be arrested in Magnolia, Texas for walking with their children onto school grounds?
17
Do 'wiggle chairs' help children to stay focused or learn better?