Was plastic from a seaplane shot down in 1944 recently found in an albatross stomach?

The massive clockwise North Pacific Gyre is carrying plastic that is over 50 years old. Last year, plastic found in the stomach of an albatross had a serial number traced to a Second World War seaplane shot down just south of Japan in 1944 and identified over 60 years later off the West Coast of the U. S.

A similar claim is made by LA Times:

A piece of plastic found in an albatross stomach last year bore a serial number that was traced to a World War II seaplane shot down in 1944. Computer models re-creating the object’s odyssey showed it spent a decade in a gyre known as the Western Garbage Patch, just south of Japan, and then drifted 6,000 miles to the Eastern Garbage Patch off the West Coast of the U.S., where it spun in circles for the next 50 years.

Was plastic from a seaplane shot down in 1944 recently (in the 2000s) found in an albatross stomach, and if so, is there any additional information regarding this plane?

There are earlier sources and more information about this story.

Take a piece of plastic marked "VP-101" found in the stomach of a dead Laysan albatross chick along with cigarette lighters, bottle caps and hundreds of other pieces of plastic (all pictured in National Geographic, October 2005). Ebbesmeyer helped confirm that "VP-101" was likely a Bakelite tag for a U.S. Navy patrol squadron during World War II, and could, indeed, have floated in the ocean for 60 years before the albatross swallowed it.

Earlier, 9 October 2005, someone on a US Navy related forum wrote:

Did anyone from VP-101 notice the item on page 87 of the October 2005 National Geographic? The contents of a albatross' stomach. Bottom right. Little piece of white plastic with "VP-101". Does it look familiar to anyone? Interesting

along with this marked-up photo: 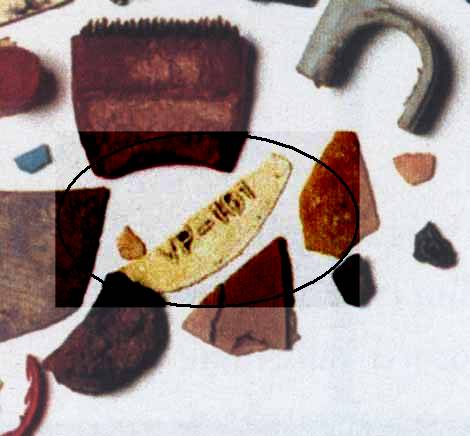 The later articles, starting with the LA Times article shouldn't have said "shot down", "serial number" or 1944 specifically. Instead, they should have said a piece of plastic believed to be from US Navy Patrol 101 (VP-101), which was only designated VP-101 from 1940-1944, was found.

According to Wikipedia Bakelite has a density of 1.3 g/cm3 so it would rapidly sink in water. It cannot have been floating in the ocean for 50 years.

Not the answer you're looking for? Browse other questions tagged environment world-war-ii birds plastic .

32
Were 1200 black soldiers massacred at Camp Van Dorn in 1943?
38
Did a nuclear blast devastate Port Chicago on July 17, 1944?
1
Was Ignaty Karpezo buried alive and then found alive?
13
Was the first German bombing of London an accident?
22
Did besieged Russians eat 'library candy' made from boiled down book binding glue?
8
Publication Bias in Climate Sensitivity Estimates