Did one of the victims of the Buffalo shooting invent a water-powered engine for cars?

According to a number of conspiracy sites (see Natural News and Newspunch), Buffalo shooting victim Aaron Salter Jr had just invented and patented a gas-free car that runs on water (implying that is why he was shot).

Ignoring the conspiratorial part of the claim (that is why he was shot), is it true that he had just invented a gas-free car? That would be pretty cool.

Was he the same man?

Aaron Salter had a Linked In profile that shows he was both a police officer in Buffalo New York and linked to his company AWS Hydrogen Technologies.

I have been a police officer for the last 27 years the last two I have been in the traffic division, I do the events at the First Niagara Center along with riding the motorcycle doing parades and races around the city of Buffalo. I'm a jack of all trades a master of none I'm always working on my vechicles and or my project of running engines on water for the last four years or so, I would like to realize my dream of getting cars to run off of water using my newly discovered energy source some day.

Images provided by the victim's family, e.g. in People Magazine match this YouTube interview of the inventor: in which he explains he is a Buffalo police officer. 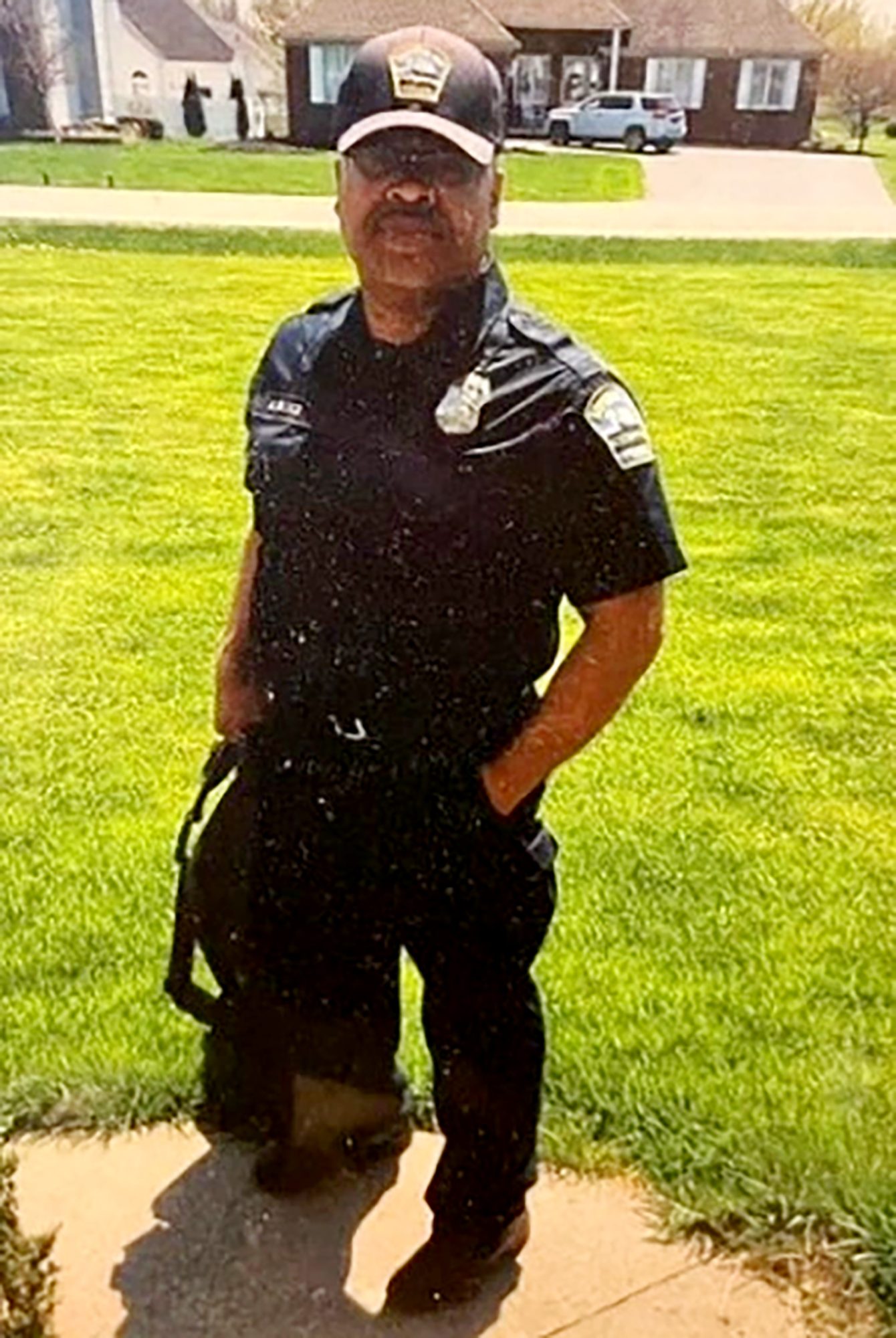 Did he have a patent?

Aaron Salter had a patent, filed in 2015 and granted in 2018: Method and system for using the by-product of electrolysis.

The patent has expired because fees were not paid.

Does this engine run on water?

In summary, this invention takes some water and a full battery, and ends up with hydrogen, oxygen, some sludge (from water impurities), and a flat battery. The claim is that the sludge can be used to make a hydrogen engine more efficient than other hydrogen engines.

This is not running an engine on water. It is essentially running on a battery. There is a cycle of turning water into hydrogen and oxygen and then back to water again.

In the above interview, he describes building a prototype of an "HHO" fuel system, where the hydrogen is mixed into the fuel intake of a gasoline engine. We have addressed HHO engines on Skeptics.SE before. They do not run on water.

He also describes a system where he ran an electrolysis cell (off a gasoline engine) until he built up enough hydrogen pressure to be able to run the car off hydrogen for several minutes. Again, this is not running off water. The fuel of the overall system is gasoline.

Without knowing anything at all about the shooting or the person, I can state categorically that he did not invent a working water-powered engine for cars.

This is a Physics and Chemistry answer. Water is about as oxidized as it is possible to get. This means there is no way that doing anything with water and air can release significant further amounts of energy. The chemical energy in the hydrogen was all released when it got hitched with oxygen to make water (H2O).

These days they will take your money and give you a patent on almost anything. It's your problem if what you have paid for a patent on, doesn't work in the real universe.

People who might consider assassinating an inventor to suppress his invention, are surely likely to do the sort of due diligence that the patent office doesn't, before embarking on a course of action which could end with life in prison or maybe even the electric chair. So there's this against the conspiracy theorizing.