Was 17 the average life expectancy in Liverpool in the 1850s?

17 The average life expectancy in years in Liverpool during the 1850s. High infant mortality depressed the figure, as did the city’s unhealthy cellar dwellings and an influx of famine-weakened Irish immigrants.

united-kingdom life-expectancy
Share
Improve this question
asked May 19 at 2:42

False at least according to these sources: 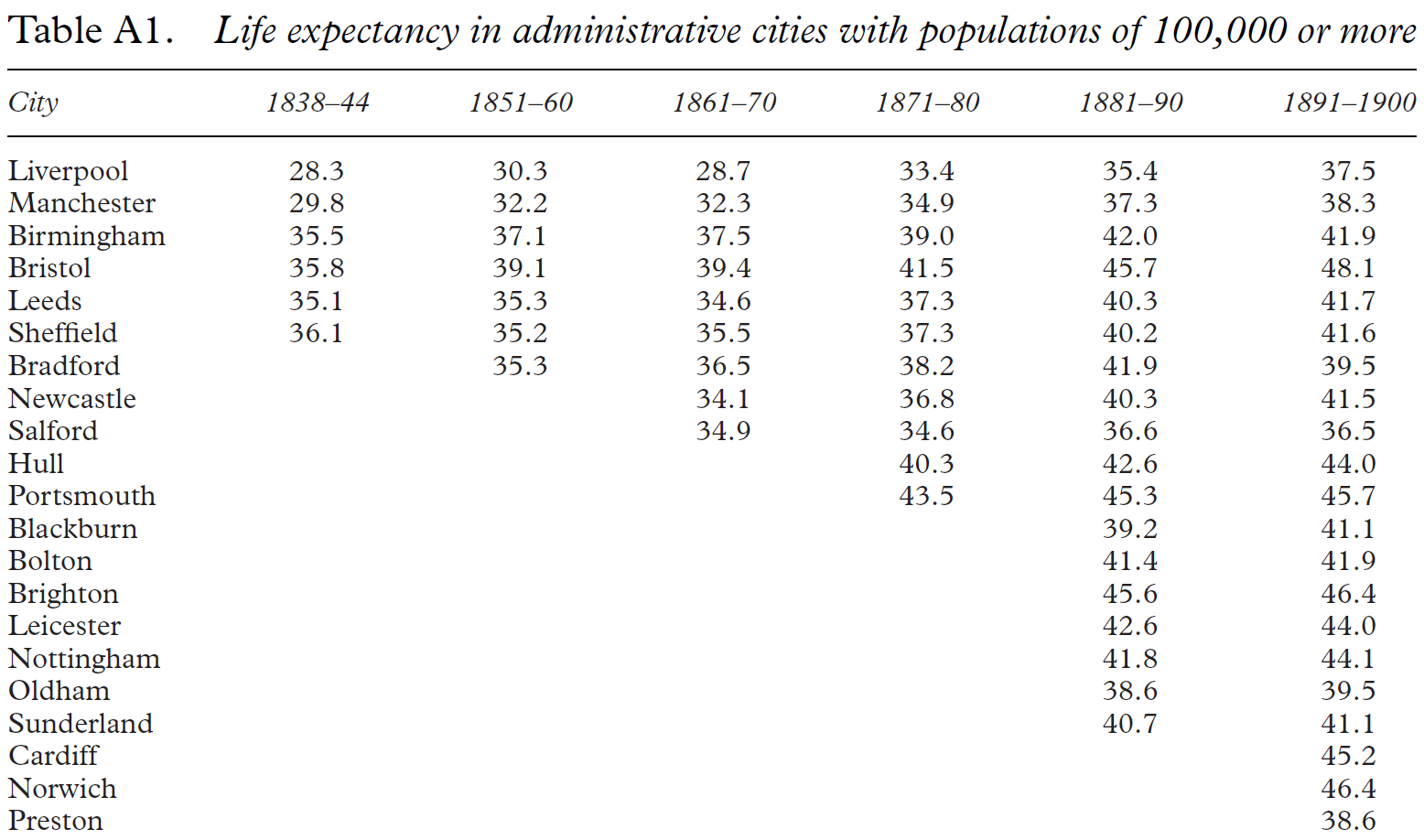 Szreter and Mooney (1998) give two sets of estimates: 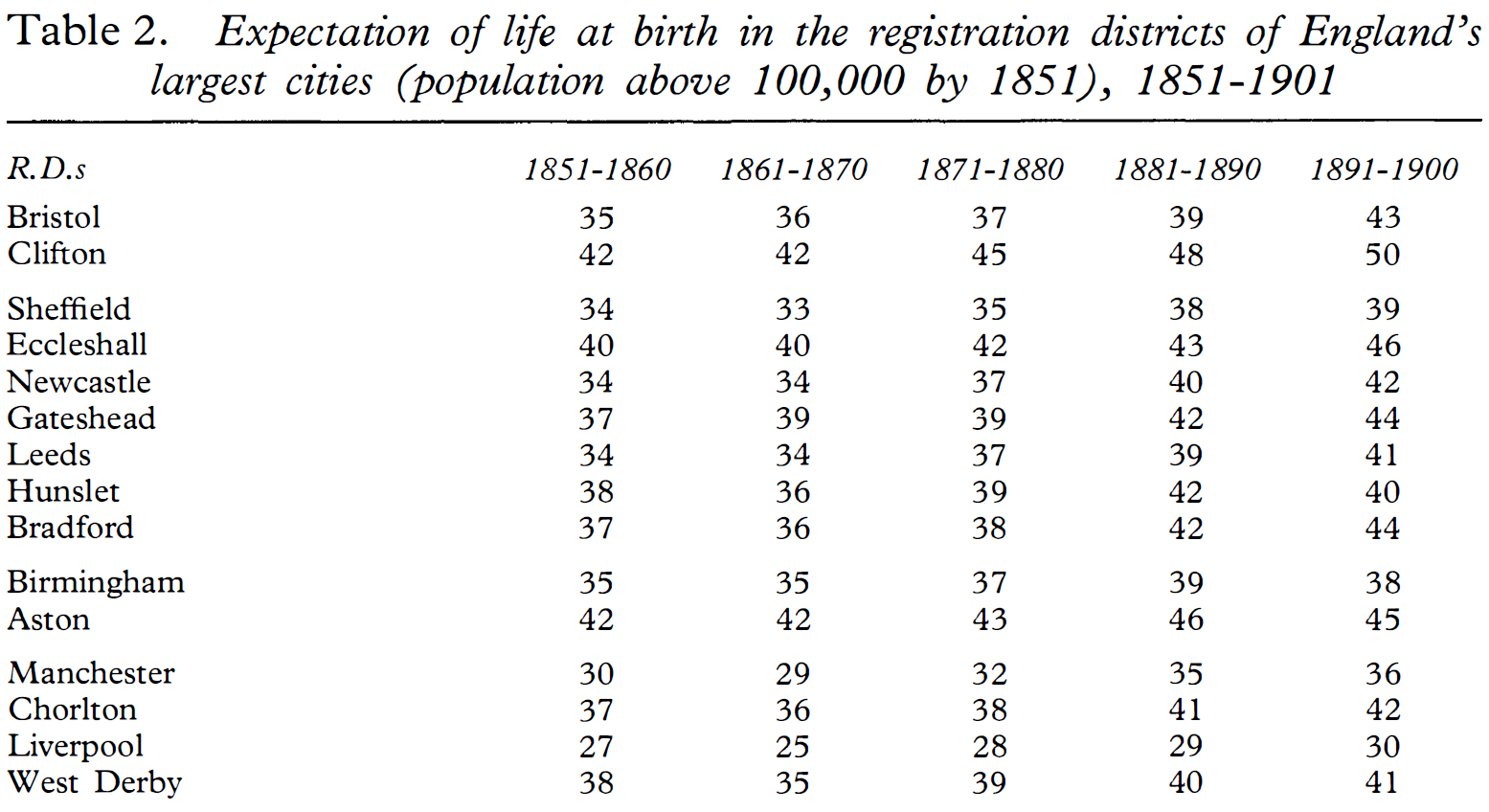 Szreter and Mooney (1998) started a debate about whether life expectancies fell around the mid-19th century. But even if we use their pessimistic estimates, average life expectancy in Liverpool in the 1850s was 27, not 17. See also Razzell and Spence (2005)

Not the answer you're looking for? Browse other questions tagged united-kingdom life-expectancy .