Were evangelicals rallied around abortion in 1978, as a substitute for segregation?

The June 20, 2019 edition of NPR’s “Throughline” podcast “examines how the issue of abortion became a defining political issue for evangelicals.”

In it, the hosts talk about evangelicals initially ignoring, or even welcoming, Roe v. Wade, noting Southern Baptist Convention resolutions in 1971, ’74, and ’76 that supported abortion in a variety of circumstances (beyond threatening the life of the mother) and opposed significant government regulation. The hosts state that “The experts we talked to said white evangelicals at that time saw abortion as largely a Catholic issue.”

This changed, according to the podcast, because of a segregationist named Paul Weyrich, who “understood that racism - and let's call it what it is - was unlikely to be a galvanizing issue among grassroots evangelicals,” and thus “searching for that holy grail of issues, the thing that had the potential to really unite evangelicals around the Republican Party.”

I was reading through Weyrich's papers - midterm election, 1978 - and it's almost like the papers began to sizzle because Weyrich said, I found it; this is the issue that's going to work for us in order to mobilize grassroots evangelical voters.

Is this an accurate depiction of events? I have confirmed that the SBC did say such things in ’71, ’74, and ’76, but I don’t know how well they speak for “evangelicals,” and I have confirmed that Weyrich was a segregationist who did see abortion as this galvanizing issue where segregation wasn’t, but I don’t know how influential he really was and whether this really was the “throughline,” as the podcast’s title puts it.

This changed, according to the podcast, because of a segregationist named Paul Weyrich, who “understood that racism -

I have not found confirmation of this.

Weyrich set up the Heritage Foundation, which does not appear to be segregationist, nor does Weyrich.

The point I can derive is as follows:

For nearly two decades, Weyrich, by his own account, had been trying out different issues, hoping one might pique evangelical interest: pornography, prayer in schools, the proposed Equal Rights Amendment to the Constitution, even abortion

Secondly, in 1976 Bob Jones University had its tax exemption rescinded, due to its segregationist policies.

Thirdly, in 1978 anti-abortion Senators won both Senate seats in Minnesota.

According to the Politico story following the 1978 victory, evangelicals begun campaigning against abortion, touring the country.

In earlier years, opposition to abortion had been a Catholic issue, and evangelicals were much less concerned, however with the huge rise in abortions following Roe v Wade 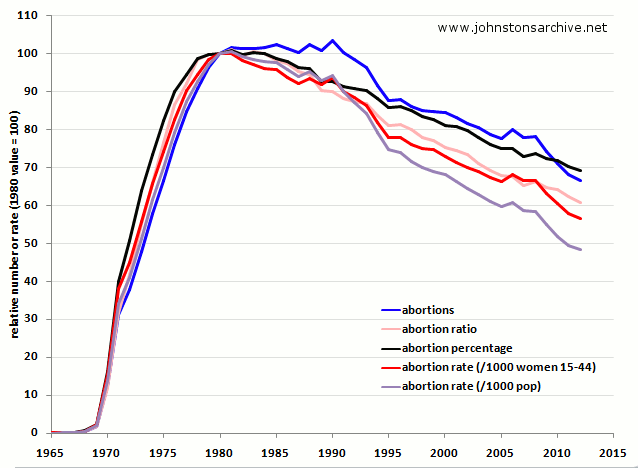 then things had changed, and abortion became a political issue.

The argument that Weyrich was concerned with segregation doesn't appear. What does appear, is that Bob Jones Jr, Jerry Falwell, et al, ran segregated Christian schools, and they were unhappy at the government moving against them, and this led them to try to seek political support for their segregated schools, so they became a Republican bloc, whereas at that point young white evangelicals were more likely to support the Democrats. 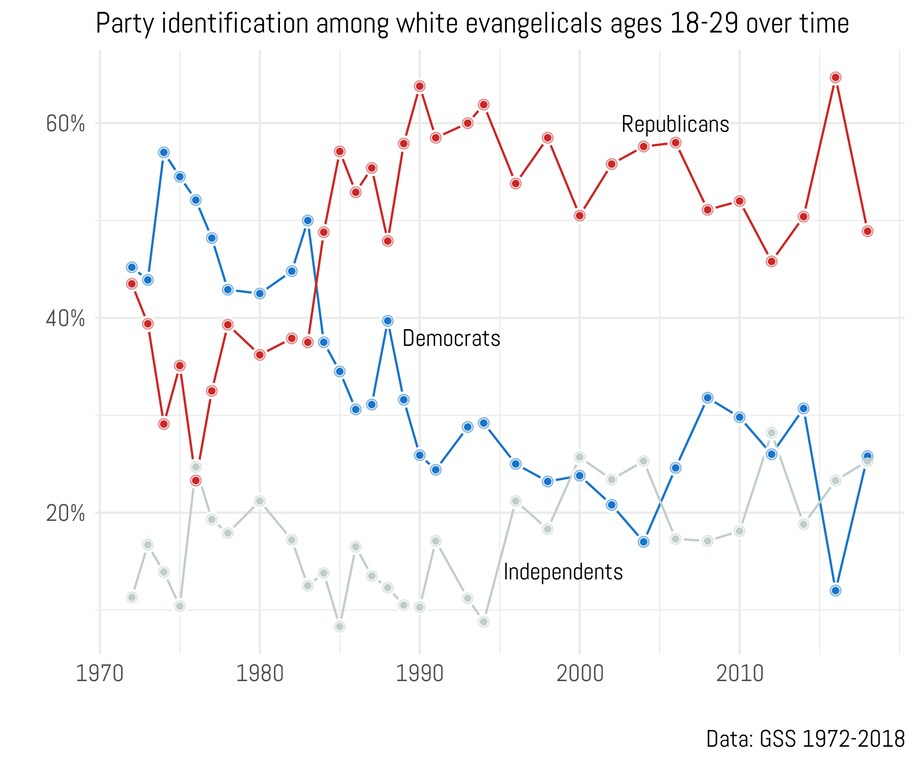 In 1982 Reagan planned to support Bob Jones University in its argument for segregation, however an outcry meant they did not do so.

So in summary from what I can see:

Therefore we essentially have two separate issues being used for political ends by a Republican strategist:

It doesn't seem credible to argue that abortion was a substitute for segregation, because this starts from the initial assumption by the questioner, which is not sourced, that Weyrich was motivated by segregation/racism, as opposed to Weyrich being a political strategist motivated by political power.

The idea that there was some sort of 'abortion as a proxy for segregation' implies a sort of political process that doesn't really exist. Conservativism reacts to contemporary issues, and in a culture war may seek to talk about them constantly, and can use them to gain political power (talking about LGBT, etc.), but for example Weyrich's Heritage Foundation was setup with a standard conservative goal of 'lower taxation'. The idea of the pro-life movement being a giant conspiracy on behalf of segregation is not credible, even if this movement did involve many people who had initially coalesced in support of segregation - the fact that there was at that point already a political coalition of Southern segregationist pastors because of IRS action against their schools meant that they were easier to mobilize against subsequent issues. It strikes me that there is an intended ad hominem here that 'they didn't really care about abortion and just wanted to be racist'.

A 1966 article The Law of Therapeutic Abortion: A Social Commentary on Proposed Reform in the Journal of Public Law (published by Emory law school) attempted to describe the positions of various Protestant denominations as well as those of other religions:

A Baptist spokesman, however, states that therapeutic abortion is a medical problem and is to be resolved between the patient and the physician , within the bounds of the law [39]. A Lutheran theologian gives the most strict attitude of the Protestant denominations; he contends that abortion involves a balancing of the soul of the fetus against the life of the mother and that doubt should be resolved in favor of the fetus [40]. A Methodist minister says his church believes that an abortion should be performed only to save the life of the mother [41]. A Presbyterian official says only that therapeutic abortion is not opposed in principle [42]. The Episcopal Church has been credited with favoring therapeutic abortion [43].

Orthodox Jews permit abortion only to save the mother's life. The Reform and Conservative Jews, however, tend toward a more liberal treatment of therapeutic abortion, although that trend is not yet an official one. [45]

Abortion can be justified only when competent medical opinion finds the life of the mother at stake or possibilities for life for the unborn child absent.

So prior to the Roe v Wade decision, Lutheran and Methodist denominations were the Protestants most opposed to abortion, while Baptist, Presbyterian and Episcopal were less opposed.

Abortion is genocide...If people use preventive measures to stop the life process from originating, I can buy that. If they use pills, contraceptives, rhythm to stop it from being, I can buy that, too. But if they get carried enough away to set the baby in process, they must get carried enough away to accept the responsibility of the baby. And I don't want to hear this bit about babies not really living until the baby has a face and the doctor smacks it and it cries.

Anything growing is living. ... If you got the thrill to set the baby in motion and you don't have the will to protect it, you're dishonest. ... For who knows the cure for cancer won't come out of some mind of some Black child?

Then, according to the 26 July 1973 Jet Magazine article Black Churchmen Oppose Abortion As Genocide:

A resolution was adopted recently by the Progressive National Baptist Convention deploring abortions as a form of genocide being attempted by legislatures and calling for its use only in cases where the life of the mother is at stake. "We as a Black group recognize (abortion) as a method of control," said Rev. James O. Rich, president of the 3,000-delegate Black convention.

So within Baptists, Black Baptists were the first to officially call for limiting abortions to only cases where the life of the mother is at stake.

Not the answer you're looking for? Browse other questions tagged politics racism christianity abortion .

13
Do abortion procedures ever result in live births?
14
Were 14 million abortions performed on African Americans from 1973 to 2006?
13
Did President Trump sign an executive order defunding Planned Parenthood (International)?
32
Is this picture from an abortion clinic dumpster?
16
Is the penalty for a woman having an abortion more severe than the penalty for rape?
71
Did thousands of women die every year due to illegal abortions before Roe v. Wade?
20
Was the storming of the US Capitol orchestrated by Antifa and BLM Organisers?