Did Konrad Adenauer claim that Europe and Asia encounter at the Elbe?

According to James Hawes1,

Konrad Adenauer, its first postwar chancellor and founding father, made Westbindung (“binding to the West”) the heart of West German politics. Adenauer came from the deeply Catholic Rhineland, "amid the vineyards" as he put it, "where Germany’s windows are open to the West". His instinctive cultural sympathy was with France, but he knew that West Germany’s existence depended on keeping America in Europe. [...] In 1955, he privately informed the British that while he was obliged to act in public as though he wished for reunification, he intended to devote his remaining years to blocking it. In 1961, he secretly proposed to the Americans that they offer the Russians a swap: they and he should, he said, give up West Berlin in return for Thuringia (the region containing Leipzig and Weimar). He wanted, in effect, to make the River Elbe the eastern border of Germany.

Why did Adenauer dislike the eastern Germans, think Berlin was expendable and consider the River Elbe to be the natural frontier? Simple: he knew that the Elbe was Germany’s Mason-Dixon line. Beyond it lay the flat, grim Prussian heartlands, which until 1945 stretched into present-day Russia. This vast region was known to Germans as "Ostelbien" – East Elbia. Adenauer viewed the "unification" of Germany in 1871 as East Elbia’s annexation of the west. That’s why in 1919, as mayor of Cologne, and again in 1923, he tried to get Britain and France to back a breakaway western German state. Having failed, he is said to have muttered, "Here we go, Asia again," and closed the blinds every time his train crossed east over the Elbe.

Bold is mine. Since Hawes provides no references, I would like to find out what his sources are. Unfortunately, I do not have access to his book2.

Not exactly, but a similar personal sentiment like this he is well known for.

Notably, this did not start with anything relating to the cold war (cf. Ian Klinke & Brice Perombelon: "Notes on the Desecuritisation of the Rhineland Frontier", Geopolitics, Vol 20, No 4, 2015. doi). He is said to have had this sarcastic attitude since the 1920s.

In Adenauer's "Rhenish world view", in his "conviction that Cologne lies in the middle of the Occident", the Harz was already Asia. As early as the 1920s, according to Baring, Adenauer confidentially stated that "for him, the Asian steppe begins at Braunschweig".

The Baring reference is available at

He obviously varied this from "Asiatic steppes" to sometimes things like 'beyond Kassel there's already Walachia' (in Romania, link), an obviously joking hyperbole. He is also known to have said that for him 'Asia starts when he reaches Magdeburg' (or really almost any settlement/landmark East of his home town).

Some proof that this is not only just often repeated and varied hearsay, he also wrote a version of this hyperbolic description on March, 16, 1946 in a letter to Wilhelm Sollmann in "Pendle Hill, Wallingford/Pennsylvanien" (a version of this letter was online here, but isn't archived, now in shortened version here):

Konrad Adenauer wrote to William Sollmann that ‘Asia stands on the Elbe’.

This is nothing more than a slightly chauvinistic saying. Like a Floridian proclaiming that anything North of Georgia would be already Alaska/Canada. A notion perhaps not terribly unfamiliar to a few readers, if they remember this: 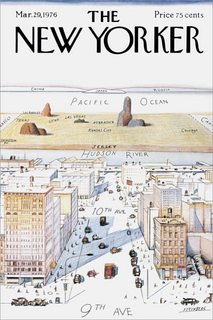 An early public advancement of 'Adenauer's idea' in this regard is also quoted by Hawes in his book (p147), and quoted also here: 1. Februar 1919 — Konrad Adenauer versucht, das Rheinland als Rheinische Republik von Preußen abzukoppeln (Konrad Adenauer tries to detach the Rhineland from Prussia as a Rhenish Republic) in German, from which when translated reads:

"After the experience Germany has had with the hegemonic state of Prussia, after the hegemony of Prussia has led to its collapse not by chance but as a necessary consequence of a system, Prussia's hegemony will no longer be tolerated by the other federal states …
In the opinion of our opponents Prussia is the evil spirit of Europe … Prussia, in their opinion, was dominated by a war-mongering, conscienceless military caste and the Junkerism, and Prussia dominated Germany, dominated also the tribes present in West Germany, which, according to their whole disposition, were in themselves sympathetic to the peoples of the Entente.
If Prussia were to be divided, and the western parts of Germany united into a federal state, the 'West German Republic', the domination of Germany by a Prussia dominated by the spirit of the East, by militarism, would thereby be made impossible; the dominating influence of those circles which had dominated Prussia and thus Germany up to the Revolution would be definitively eliminated, even in the event that they recovered from the Revolution!"

How this 'separatist' Adenauer-thinking was transformed, post-WWII, to equate Russia (and not PRussia) with 'Asia', and locating 'both' 'at the Elbe' is detailed as:

After the Second World War, the vision of 1919 had a completely different reality. As early as July 1945, Adenauer saw the Soviet zone disappearing behind an iron curtain. In October, the part occupied by "Russia … was lost to Germany for an incalculable period of time". But if Asia reached as far as the Elbe, this had to have consequences for the rest of Germany. Since the Prussian core areas were either under Polish administration or belonged to the Soviet occupation zone, the anti-Prussian justification of the earlier plans to found a state no longer applied. The threat from the East provided a decisive modification. When the French government began in 1945 to strive for the same goals on the Rhine as after the First World War - to make the Rhine a border, to establish a ring of satellite states, "Allemagnes françaises", and to bring the Ruhr region under French control — these plans did not meet with Adenauer's approval. Unlike French policy, which was merely the rehash of nationalist dreams, he had recognised the fundamental change in the situation in Germany and Europe and included it in his plans. "If one were to form a Rhine-Ruhr state detached from the other parts of Germany, the question would immediately arise as to what should become of the parts of Germany north and south of this Rhine-Ruhr state in terms of constitutional law. Russia, true to her imperialist tendencies, would immediately declare that the part occupied by her, that is half of the old Germany, was the old German Empire. The three dismembered parts of the non-Russian occupied zone would automatically strive for reunification with this Russian-occupied old Reich. They were turning their faces towards the East, not towards the West. It was necessary to keep the three parts of the non-Russian occupied area, which would be created by the creation of a Rhine-Ruhr state, in a state-law relationship to each other. It could possibly be federal.

Adenauer's quite hagiographical memorial website describes and explains this often repeated anecdote as:

Adenauer's intellectual distance from core Prussia is generally interpreted as a cultural aversion to the "East" in general. There are numerous stories about this, which have no documentary evidence but are only passed on orally, but which nevertheless belong to the established canon of Adenauer quotations: Behind Braunschweig, the Asian steppe had already begun for the Cologne mayor, in Magdeburg he had drawn the curtains of his train compartment, and when crossing the Elbe he had spit out of the window. As implausible as a literal interpretation of these anecdotes may be in part, it is quite possible that Adenauer, who sometimes flirted with his resentments, gave them birth himself: "He does not love Berlin," the French diplomat François Seydoux noted, "and makes no secret of it." In March 1946, at any rate, he demonstrably confessed before a large audience that he had always felt in Berlin as in a "pagan city". Although he credited the Berliners with "many valuable qualities", this was not a compliment coming from the Rhenish Catholic (more on the contextualisation of the quote below).

Take note that the most extreme version —clearly often attributed to Adenauer but not fully attested in sources, so as doubtful as anything— makes it clear that even the eastern bank of the Rhine makes for uncomfortable landscapes in his alleged world view:

Bolshevism begins in Deutz and Wallachia behind Kassel.
— (example source)

Not the answer you're looking for? Browse other questions tagged quotes europe germany .

10
Did Jews claim to be asians to Imperial Japan?
27
Did NATO promise not to expand into Eastern and Central Europe?
61
Did Ray Bradbury ever claim that "Fahrenheit 451" was not about censorship?
5
Did 20 million people die because of Nationalism in Europe before the formation of the EU?
109
Did JFK call himself a jelly donut in his famous Berlin speech?
8
Did Jean-Claude Juncker claim that more than 80% of EU citizens want to abolish daylight saving time?
57
Was the Berlin Wall Breached Based upon an Erroneous Declaration?
21
Did (former) German Minister Manfred Lahnstein admit that Germany wanted the EMS in order to get a competitive edge over other European countries?
4
Did Hitler say: “My mother was an ordinary woman, but she gave Germany a great son”?