Does the Yulan Magnolia flower bud look like a bird? 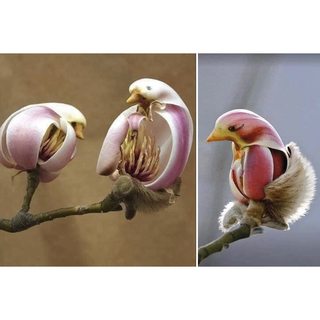 when their blossoms appear, they have an appearance of looking like tiny little birds.

They lose this optical illusion as soon as the petals of each blossom start to open up. But for a little while, a far-off photo of them could have you questioning if it’s a photo of a bird.

According to Wikipedia, Yulan magnolias are Magnolia denudata but the images there are not particularly bird-like: 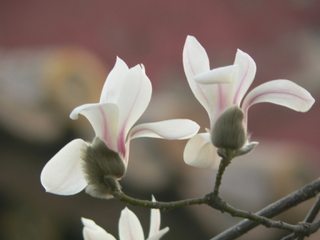 (The Wikipedia also describes a Magnolia yulania, as a subgenus.)

Wikipedia does not say that any of them might look like birds. Nor does my experience with Magnolias include such an event. It feels like this is a false image introduced in 2019 or so, and repeated with embellishments, such as eyes added.

Do Yulan Magnolias blossoms look like birds, as depicted in these photos?

No, I do not believe that there is a magnolia flower that looks like a bird. First, I will mention a viral tweet that was sourced from an (unlicensed) image appearing on a Chinese state media company's light online entertainment page. Next, I will describe why the image doesn't make sense from the point of view of evolutionary biology. Finally, I will suggest what the true source of the image is.

There is a viral tweet from @ScienceGirl. She said that this is her source, Meet bird-shaped Magnolia flowers via CGTN. CGTN is Chinese state-owned media of the tabloid variety. Yes, there are tabloids everywhere.

Let's start with the theory of evolution as a given. Genetics and reproduction can result in maladaptive outcomes of reproduction, but those maladaptive progeny are unlikely to flourish or be reproductively successful.

The particular mechanism, of plants mimicking animals, is rather odd though. How would plants know what animals look like?! Plants aren't sentient. The Audubon Society was prompted to write about it by redditors in 2019: Did This Plant Evolve to Look Like a Bunch of Hummingbirds? A photo of a strange Australian flower has Redditors proposing all sorts of scientific hypotheses.:

On Reddit, Whitehead also shared a photo of Crotalaria cunninghamii from an angle where the hummingbird resemblance is harder to see. He then linked to a 2016 paper published in Austral Ecology where researchers concluded that the species' pollination traits favor birds like honeyeaters, as well as rodents. This, along with the important fact that there are no hummingbirds in Australia, adds further support to the adaptation angle.

I wasn't sure how to interpret that.

I performed an exhaustive reverse image search, and as OP said, found nothing reputable to support the idea that such flowers on the Yulan magnolia exist. Finally, I found the following on reddit, Meet the bird-shaped Yulan Magnolia flowers. Yulan Magnolia blossoms appear to look like little birds, and this response with 91% likelihood:

These particular images came from r/photoshopbattles

This was adequate to convince me (although not a rule out) that there are Yulan magnolias in China, but they do not look like birds. 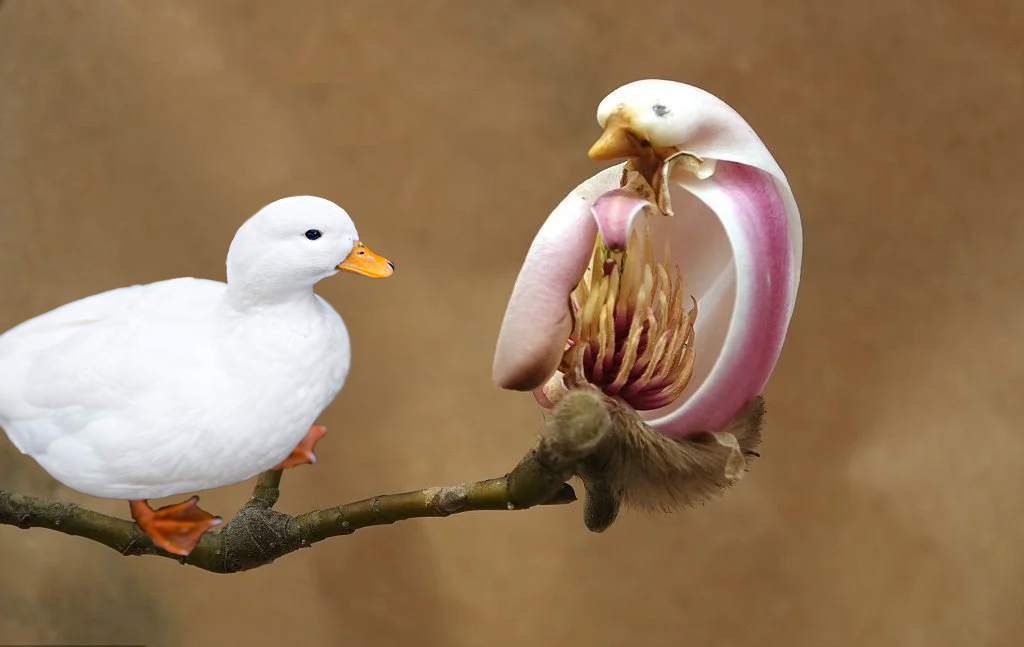 31
Does music affect the growth of plants?
25
Does "stripping the skin's oils" with soap or shampoo cause the skin to produce more oil than normal?
16
Does drinking from a straw cause excess air in the stomach?
26
Does the "Blood of Jesus on the Cross" flower only bloom during the Holy week (just before Easter)?
6
Does the coffee plant use caffeine to kill bugs and surrounding plants?
4
Are there artificially created viruses that are both deadly like Ebola and transmissible like the common cold?