Did CNN alter Joe Rogan's appearance in their coverage regarding his Covid-19 infection in late 2021?

Joe Rogan charged CNN of "yellow journalism" on Friday, accusing the network of literally altering the Instagram video he posted last fall in which he announced he had become infected with COVID-19

The pictures in question seem to be this one.

False. An analysis of the video used by CNN in a report about talk show host Joe Rogan contracting COVID-19 found no sign that the color had been altered. CNN confirmed no changes were made to the color of the video.

As pointed out in prior question in Skeptics digital photography is not as straight forward as it might seem.

Did CNN alter Joe Rogan's appearance in their coverage regarding his Covid-19 infection in late 2021?

From CNN's Youtube Channel, this is the video shared in Anderson Cooper's report on Mr. Rogan getting COVID-19.

This is the original video from Mr. Rogan's Instagram page stating that he had COVID (fast forward to 0:28 to get to the point where the CNN video seems to start).

As the Associated Press stated, it appears that the only real difference between the CNN video and the original Instagram post seems to be some video compression issues due to the video being a copy of the original. For example, compare the quality of the first two screenshots below by looking at the tree branches above Mr. Rogan's head.

By contrast, the comparison video seems to have applied a filter of some kind to the original video. From AP: 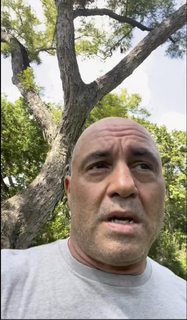 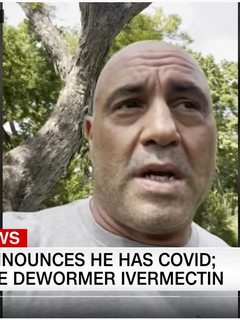 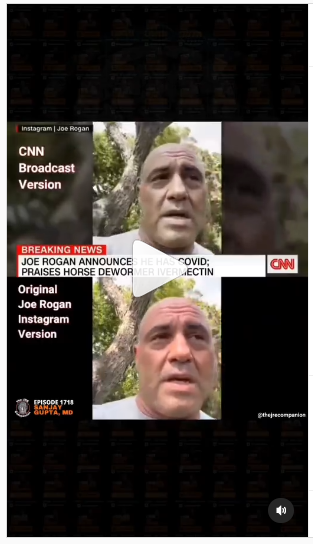 The CNN video seems to match the original Instagram video fairly well, and substantially better than the video posted in the comparison video.

To confirm Dr. Farid's findings I rendered the original instagram video in several video player alongside CNN's cut. I took a single whole screenshot and the only editing I applied to the screenshot was censoring personal information with 4 black boxes. 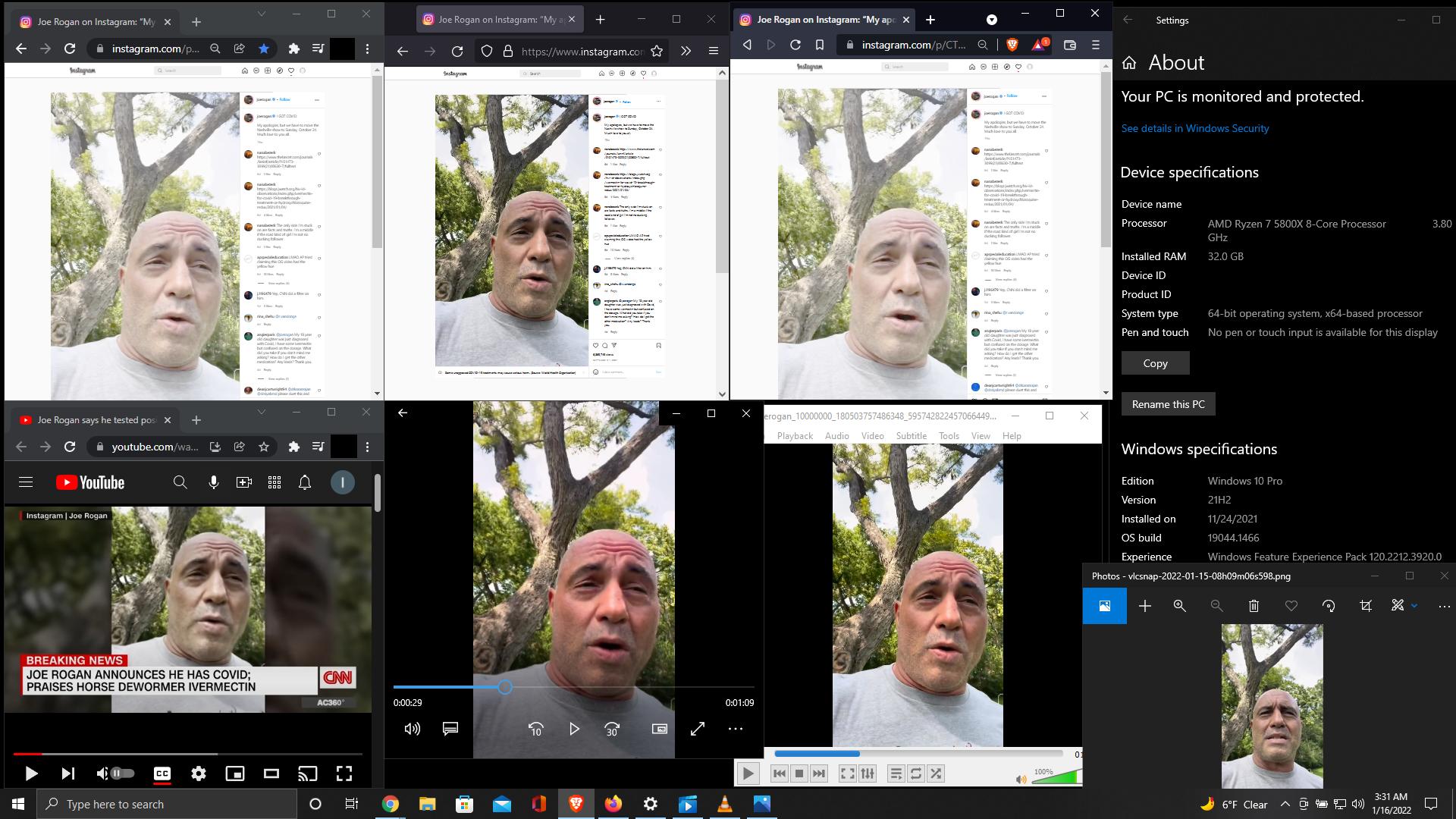 Starting from the top left and going right that's Google Chrome, Mozilla Firefox, Brave, Windows "About my PC", CNN's video in Chrome, Movies & TV, VLC Media Player, and a snapshot from VLC's "Take a Snapshot" feature. All of these applications were updated to their latest stable release as of the date and time in the picture.

Unfortunately, Brave and Chrome both lose focus when you take a snapshot, of the whole screen, and apply an invasive washed out filter to their framebuffers. I know what they looked like before they were washed out (they were pinker) but I will ignore them for the remainder of the answer because of this issue.

For the remaining renderings there seem to be two predominant color gradings. One slightly gray-yellow one (I will call this one "gold"), and one slightly more pink (I will call this one "rose"). Firefox and the CNN video clearly exhibit the gold grading, while Movies & TV renders the rose grading. VLC doesn't agree with itself and renders the rose grading in its direct framebuffer output, but uses the gold grading when taking a snapshot.

Of course it's difficult to know which of these gradings is correct since they all involve a third party (Mozilla, CNN, Microsoft, VideoLan) interpreting Instagram's originally served video.

Luckily though, we do have a source of ground truth out there! Instagram produces their own first-party apps for Android and iPhone. They have full control over how they expect videos to render on this application and are infamous for writing their own image editing software. (Interestingly, while their open source library disclosure for their online platform mentions ffmpeg, there is no such mention in their Android disclosure).

I took a screenshot of the same video playing in the Instagram app on a Pixel 3 running the latest version of Android 12 as of 1/16/2022. In this shot I have the video paused on the frame in question while seeking to the same point in time. This screenshot is unedited, except for being scaled down to half the original size. 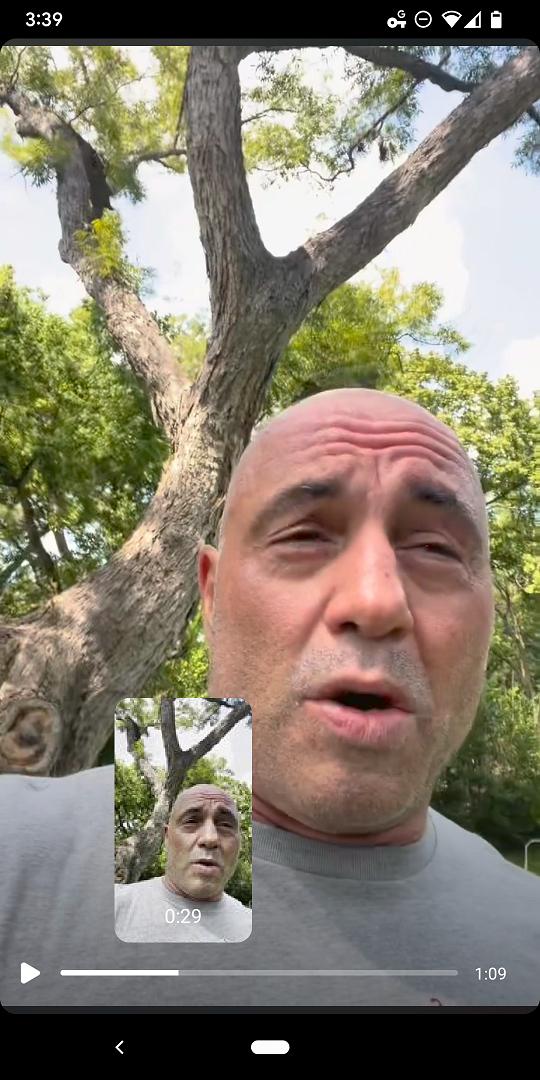 I think we can all agree that this picture makes the issue clear as mud. Instagram is rendering the framebuffer with the rose grading, but the seeking preview with the gold grading.

This really shouldn't be a surprise to anyone who has worked with color formats before, but color grading is hard, and sometimes different applications don't agree on how to interpret an image/video format. Sometimes applications don't even agree with themselves.

Anyone claiming CNN or Joe Rogan intentionally altered the videos' color grading (in either CNN's reporting or Joe Rogan's counterclaim) is doing so without evidence. A much simpler explanation is that the video is just rendering that way for each side's own devices.

As for how CNN could possibly have not been aware that the video might be rendering differently on the Instagram app/webapp, we have CNN's own words:

CNN said in a statement emailed to the AP. “The raw upload was ingested using the direct link to Joe Rogan’s Instagram video, which was then cut for TV.”

They might not have even played the video on any of Instagram's intended delivery mechanism and instead just pulled the video directly from the source that Instagram delivers in the video element:

Not the answer you're looking for? Browse other questions tagged media .

20
Did CNN use "lightened" photos of Darrell Brooks?