Hearing people are like joke-panicking about the fact that 2022 is pronounced “2020, too”. But like in ASL, 2022 loosely translates to “BIRD go PEACE-PEACE” and that’s honestly the energy I’m going into the new year with. Deaf people stay winning I guess. Smiling face with sunglasses
phelan • ᜉᜌᜎᜈ᜔; see my screenshot, 8 Jan 2022.

It is also doing the rounds on Facebook here, where some of the comments are skeptical, e.g. "This is really not accurate at all" (Jo Rothman).

Not precisely, but there is a resemblance if you stretch a bit. 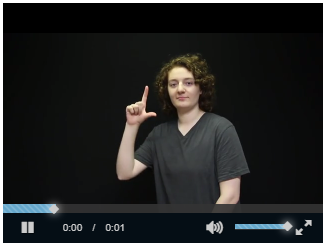 ^^ With the finger tapping the thumb twice, in line with the number of syllables in "twenty" - positioned to the side of the face. 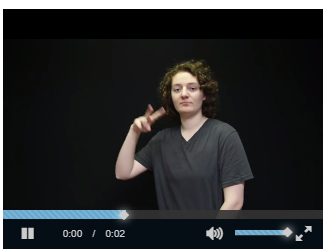 ^^ Two fingers are raised, tapped down to be horizontal, moved in an arc to the left of the image and tapped down horizontal again.

Twenty resembles bird except that bird is done in front of the mouth: 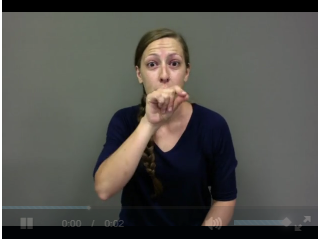 ^^ The finger taps the thumb a couple of times mimicking speech through a "beak".

The resemblance in meaning may be further compounded at this point by the number two sometimes being signed like this: 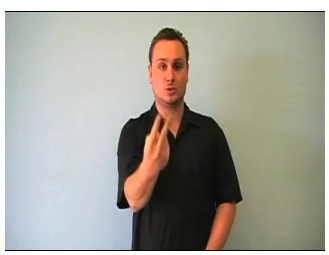 ^^ Resembling the common gesture similar in meaning to the other gesture with just a single finger named "giving the bird". 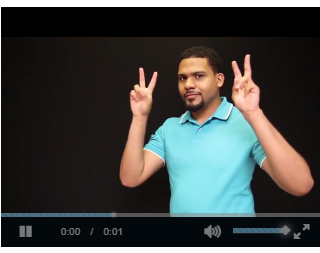 "Go" (there are many variations on this one) is a gesture starting with a closed fist, palm facing the centre of the chest, which moves outward laterally, twisting palm-outward and in a jerk-gesture opens with two fingers: 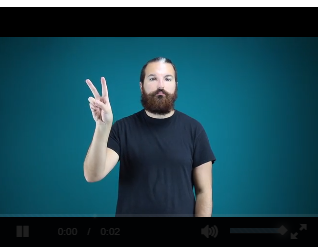 Thus it's seen that a hearing-person or deaf child might make the simple connection, but no experienced signer would do this in-error, perhaps as a pun though.

It's a slight exaggeration to say that the numbers "translate" to a phrase, but the signs do appear to be similar enough to work as the visual equivalent of a pun.

Here are some videos demonstrating:

The exact hand-shapes and locations used wouldn't be quite the same, in the same way that "one" wouldn't necessarily be pronounced precisely the same as "won", but as a humorous comparison to "2020, too", it seems pretty fair.

28
Can toddlers learn sign language?
66
Do people think in a language?
16
Do babies have their own language?
18
Is passive listening useless when learning a language?
19
Is Polish the hardest language to learn?
12
Does language acquisition become more difficult after a "critical period" linked to age?
9
Does talking in another language actually change your personality?
4
Is this how to say Steph Curry in American sign language
7
Does drinking alcohol improve foreign language skills?