Did CNN use "lightened" photos of Darrell Brooks?

I recently found an image of a tweet shared on Reddit showing CNN using a photo of Darell Brooks (the man who recently drove an SUV into a parade crowd) that makes him look more white. Presumably, that would be to fit a political agenda. The tweet also claims this what not the first time they've done this.

Did CNN use "lightened" photos of Brooks, and is this something they have a history of doing? 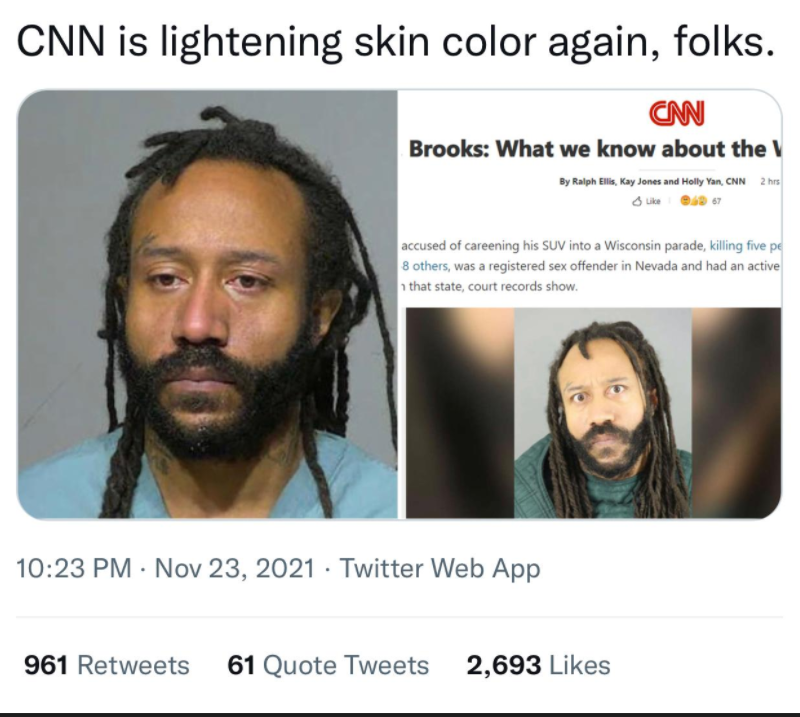 Darrell Brooks, the suspect in the deadly Christmas parade attack in Waukesha, Wisconsin, was captured in a glaring new mugshot ahead of his first court appearance Tuesday on charges of intentional homicide.

The 39-year-old bearded suspect is seen in dreadlocks and wearing a green jail vest in the wide-eyed mug, which was taken Tuesday morning.

The images are identical. The source is Waukesha Sheriff's Department, not something CNN have altered. 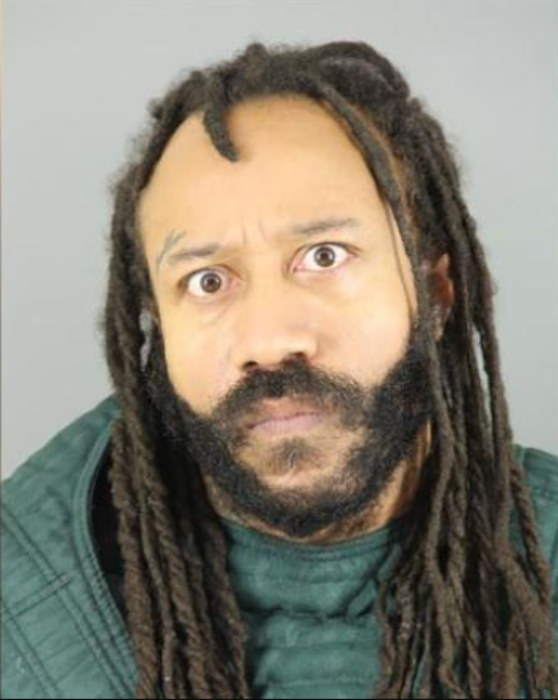 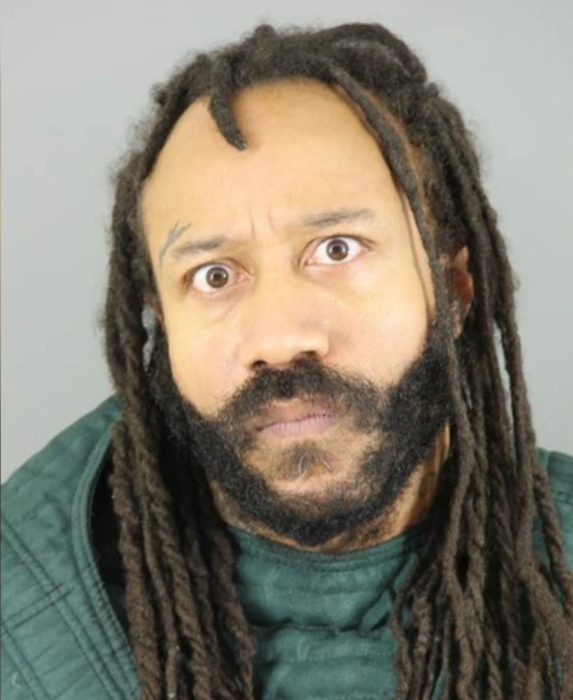 As thelawnet's answer says, CNN seems to have used a digital image from the Sheriff's Department without any level adjustment.

"Again" may refer to an incident from June of 2020, when some social media posts accused CNN of lightening a photo of a man whose name I won't mention because I can't find evidence that he has been convicted of a crime (he was charged and the trial may be ongoing). According to Reuters, PolitiFact and others, CNN never actually ran that image at all, lightened or otherwise.

There is a broader issue here: there simply isn't any correct brightness of a person's face in a photograph. Here are two photographs of the same person taken in the same light at almost the same time: Here is the right-hand photo with its levels adjusted to roughly match the tone of the left-hand photo: 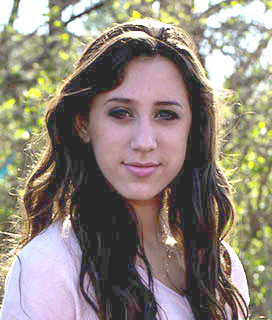 When you adjust levels in this way, you are not making the image lighter (or darker) than reality. You are just approximating (with poorer quality) what would have come out of the camera if the exposure had been set differently. When photographers talk about "correct" exposure, they don't mean capturing the true brightness of the scene; they just mean that the photograph best exploits the limitations of the medium. The best exposure for a dark-skinned subject is brighter than the best exposure for a light-skinned subject, because the dynamic range of the final image is limited and you ideally want to use as much of it as possible.

If the digital mugshot as supplied by the police was overexposed, then CNN reasonably could have darkened it, and arguably should have (though there is a limit to what you can gain from this without a camera-raw source image). There is nothing deceptive about that. But I don't think that this mugshot is overexposed. It's just badly lit. There aren't enough shadows, so it's difficult to see, e.g., the shape of his nose. That can only be fixed by taking another photo in better light.

15
Did CNN alter Joe Rogan's appearance in their coverage regarding his Covid-19 infection in late 2021?

30
Did journalist Amber Lyon claim that the US Government paid CNN to control content?
6
Did CNN journalist say that Chechens are from Czech republic?
16
Did CNN fake footage during the Gulf War purporting a live gas attack?
31
Did the NYPD use an ambulance to trick protesters into cooperating?
2
Did CNN claim Richard Spencer likened Jews to soulless golems?
7
Did the BBC alter an interviewee's words to use the term 'chemical attack'?
7
Did Trump use the Defense Production Act in recent weeks?