Do these satellite photos show mockups of US military vessels?

Many news outlets are claiming that China has built mockups of US carriers and destroyers in the dessert of Taklamakan (example 1, example 2, example 3).

I have some doubts on this, partly because the "carrier" doesn't look much like a carrier, and mostly because I would think that targets would not be on rails as these would be damaged together with the target. But then, I don't know much about target ranges.

For a concrete example, these two pictures: 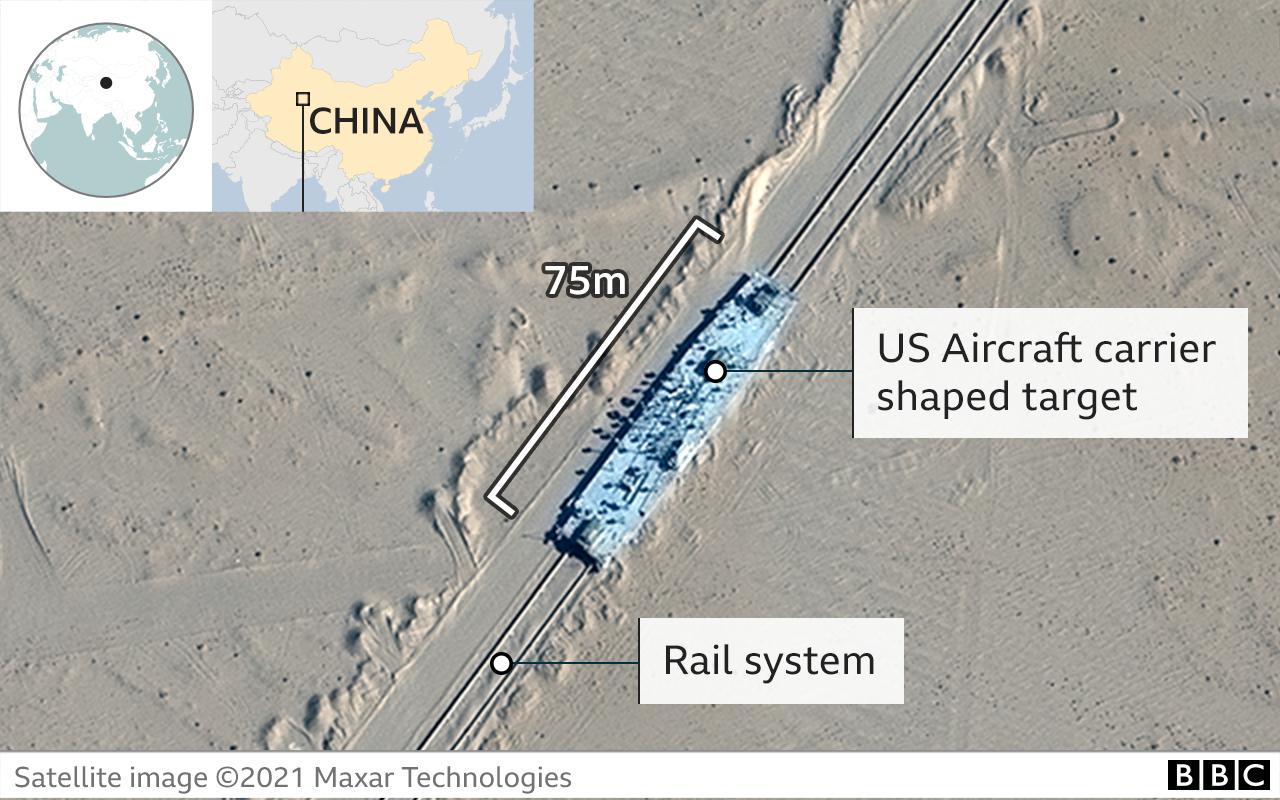 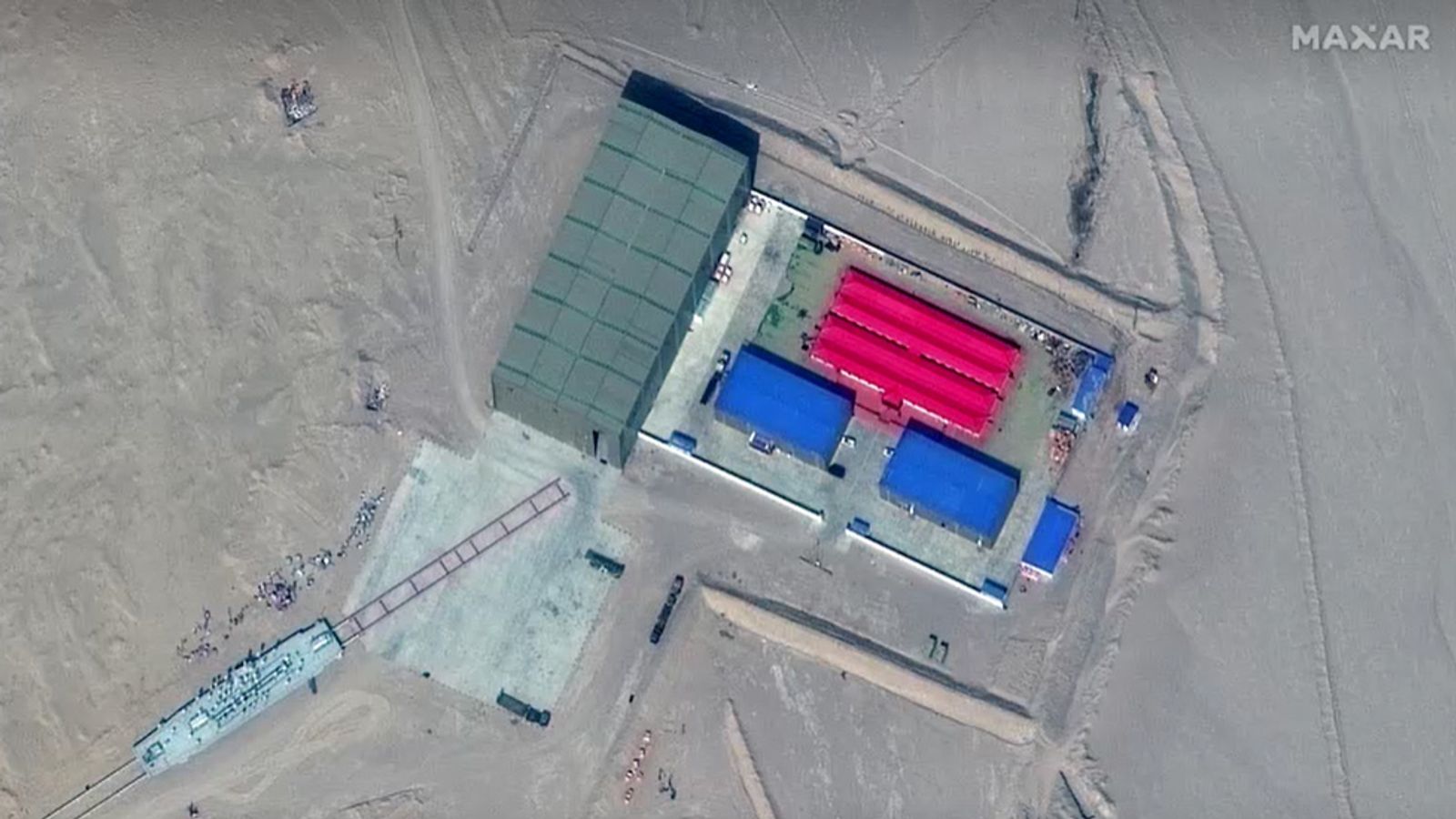 show a "carrier" that has the runway full of tall objects (looking at the shadows) and some kind of structure on each end.

Yes, according to Reuters those are photos in Ruoqiang, Xinjiang, where some static targets also more clearly resemble ship shapes. There's another static target of CVN-type shape and one of an escort ship (probably a destroyer). USNI annotated one of the destroyer shapes with the corresponding parts; that one does have e.g. the four funnels in two groups characteristic of the Arleigh Burke class.

The one you've posted seems to be some kind of mockup of the smaller US "carriers", more precisely amphibious assault ships like LHA-6, but even that's not to full scale; real length of a 45,000 tons LHA is still some 250 meters, not 75 meters. Scales for the other targets aren't indicated in Reuters' coverage.

Interestingly, it seems that China Aerospace Science and Industry Corporation (CASIC) displayed something resembling a miniature version of the rail-mounted mockup (rails included) at the Zhuhai Airshow held from Sept. 28 through Oct. 3, seemingly with the label "Land-based System Integrated Electronic Blue Military System". In Chinese military jargon "blue army" usually refers to its opponents (not always the US though, e.g. it has been also applied to Indian forces.)

(Besides that Ruoqiang facility, approximately 300 miles away, but also in the Xianjing desert, another CVN-like shape has been spotted; this one is approximately half the length (170m) of a Nimitz class carrier.)

Not the answer you're looking for? Browse other questions tagged politics china military .