Are these 25,000 year old pyramids in Indonesia and/or the Kola Peninsula?

This image seems to be doing the rounds on Facebook at the moment, purporting to be an ancient pyramid either in Indonesia or the Kola peninsula in Russia. Is there any evidence that it is an artificial pyramid? 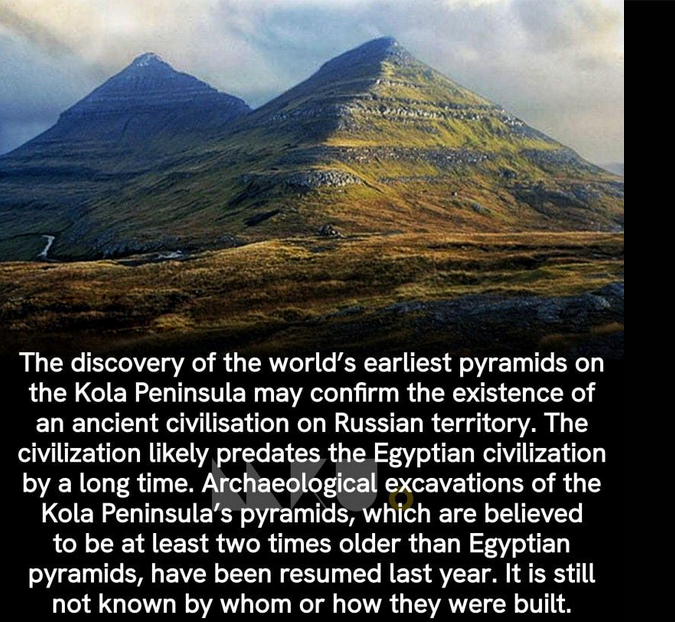 The article linked to the Facebook post also uses the same image, but describes a site in Indonesia.

I mainly posed this question to provide somewhere to park the results of a brief investigation in case it is useful to someone else.

TL;DR No, none whatsoever.

Firstly, the mountains are not in Indonesia, nor in the Kola Peninsular, but they are two mountains called Hafjall (background) and Halgafelli (foreground), viewed looking South-East(ish) from a mountain called Klakkur (I think), near a town called Klaksvík in the Faroe Islands (in the North Atlantic north west of the UK). This image is from the website of photographer Peter Lam. 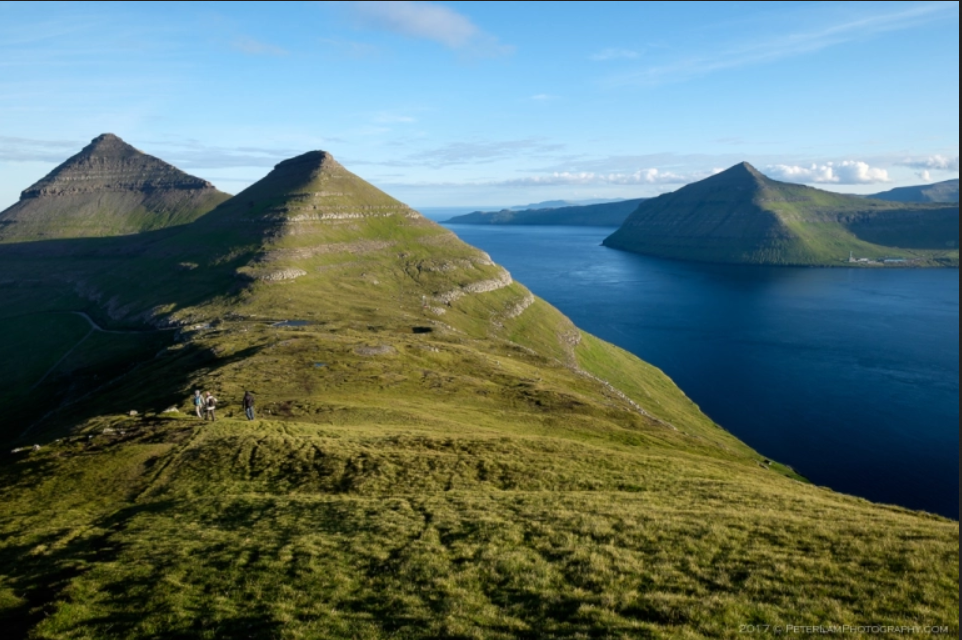 I don't think there can be any doubt this is the same mountain as the road at the base of the mountain on the left is clearly there on both images.

Thanks to @LangLangC for the suggestion, here is the view from instantstreetview.com:

The first claim I can find about this being a pyramid actually does say it is on the Faroe Islands, and it is from 2014. That article identifies the mountain as being Kirvi, but I don't think that is correct.

Update: I found a good map, the small road that goes up to the base of Halgafelli is clearly marked. Here is a link to the more recent map found by @gerrit (see comments below). 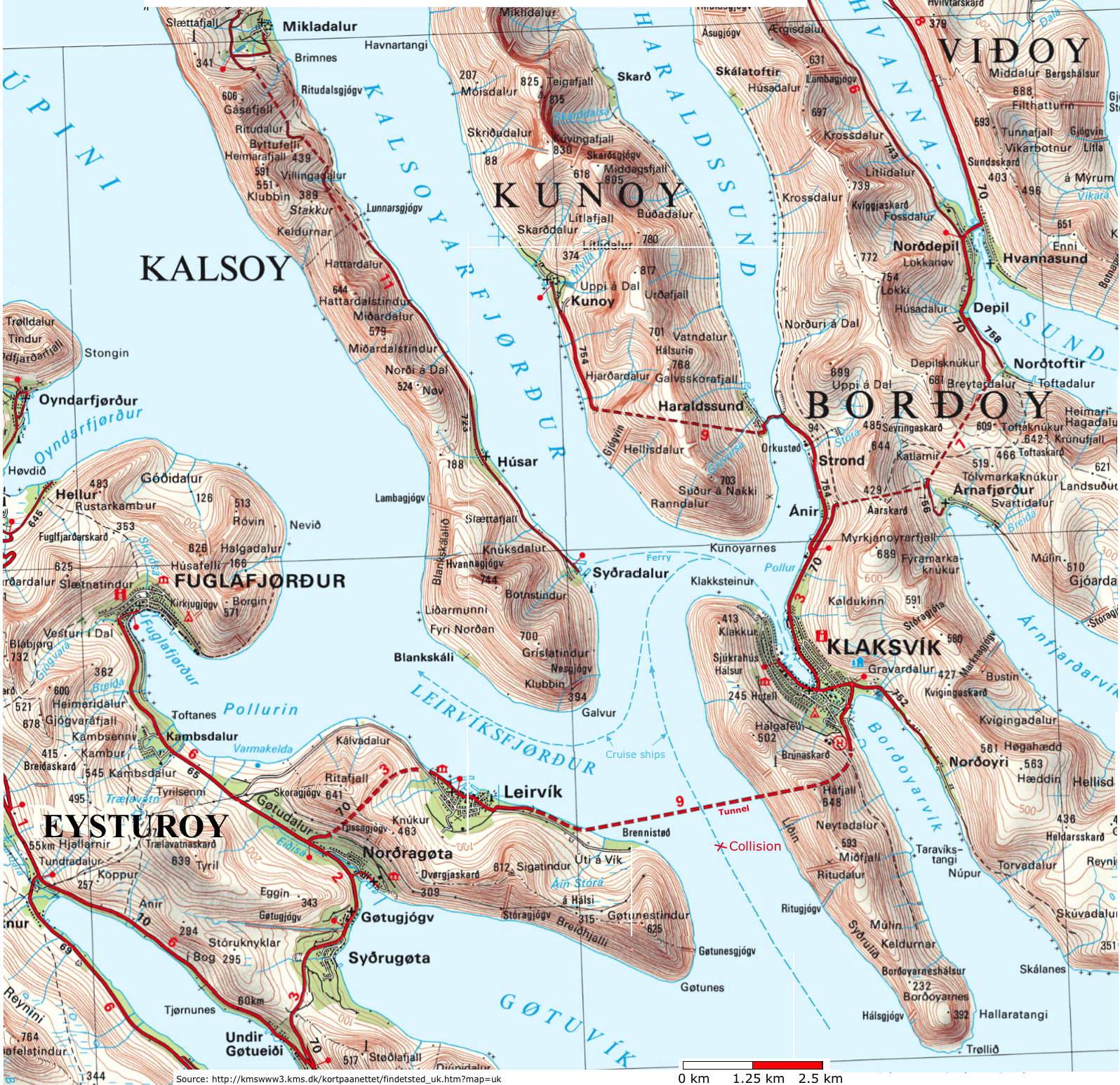 The shape of the mountain seems likely to be due to the cirque erosion caused by glaciers (The Faroes are obviously glacially shaped), giving rise to a pyramidal peak.

The cited article discusses the work of Dr. Danny Natawidjaja,

"In 2010, geologist Dr. Danny Natawidjaja, who earned a doctorate at Cal Tech, recognized the mountains as possible artificial pyramids and began to explore using seismic tomography, resistivity survey, and other remote sensing techniques, as well as some direct excavations and deep core drilling.".

However, his research clearly states it is a volcanic intrusion, the top of which has been artificially worked, so he clearly would not say there was any possibility of it being an artificial pyramid.

Note the indonesian site isn't even particularly pyramidal. So not only did they misrepresent Natawidjaja, they also misrepresented the actual archaeological site by using an image that suggested that it looked like a pyramid 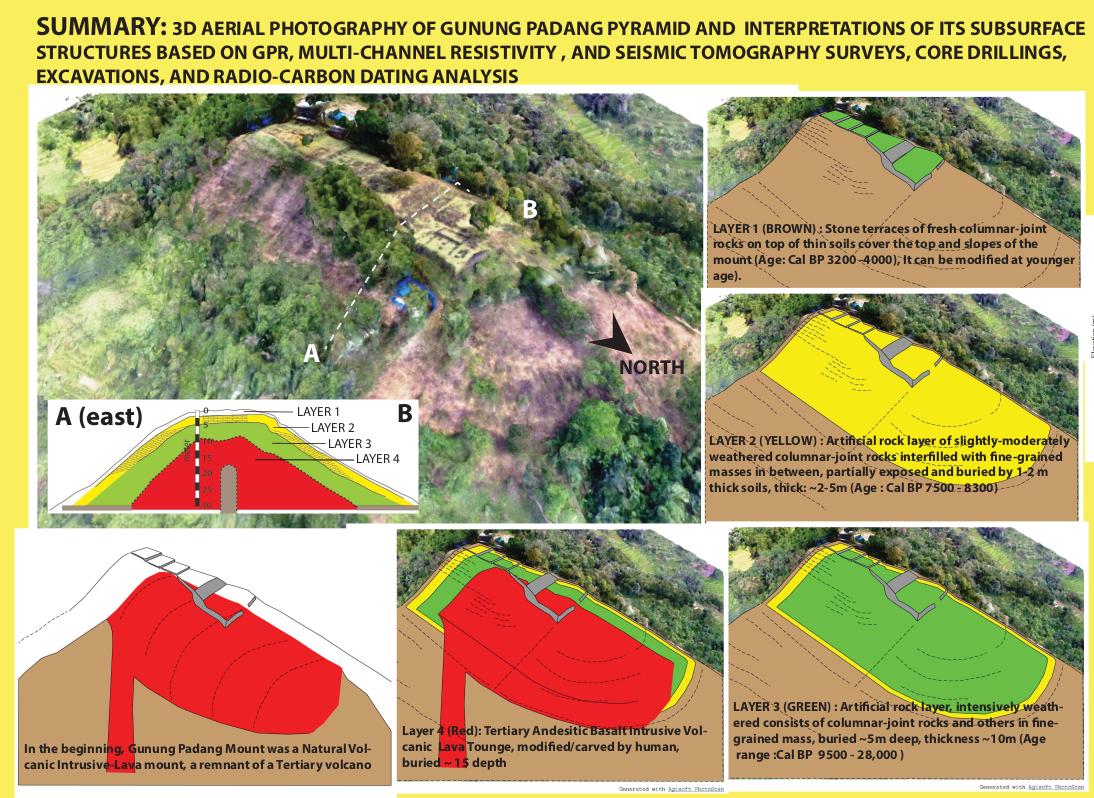 H/T: Facebook user Oli Skardenni, who apparently lives in the village at the base of the mountain (lucky chap!) and provided the link to Peter Lam's website. Once you know the name of the mountain it isn't difficult to find additional corroborating images.

9
Which are the oldest pyramids?