Why does PHE data indicate higher death numbers for vaccinated than unvaccinated persons?

In briefings 20, 21 and 22, the numbers seem to suggest that there is a greater number of people (> 50 years old) dying from COVID despite being double-vaccinated.

Why are the numbers indicating this? Is there some kind of bias (e.g. survivor's bias) by looking at just the face-values? 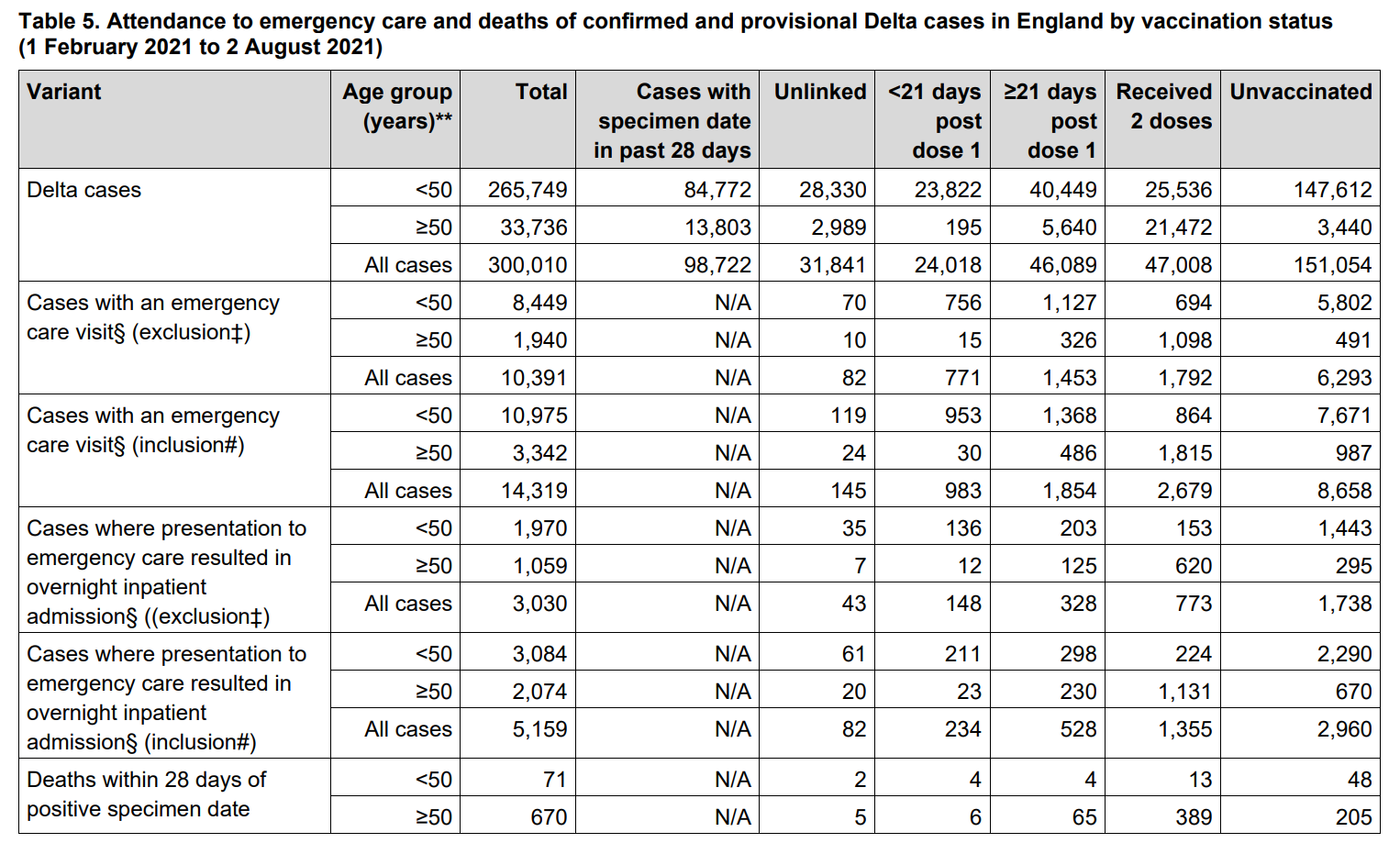 The official (high-level) explanation is

In the context of very high vaccine coverage in the population, even with a highly effective vaccine, it is expected that a large proportion of cases, hospitalisations and deaths would occur in vaccinated individuals, simply because a larger proportion of the population are vaccinated than unvaccinated and no vaccine is 100% effective. This is especially true because vaccination has been prioritised in individuals who are more susceptible or more at risk of severe disease. Individuals in risk groups may also be more at risk of hospitalisation or death due to non-COVID-19 causes, and thus may be hospitalised or die with COVID-19 rather than because of COVID-19.

This is from the surveillance report which is more verbose than the variants report, where you found that table.

I suspect this answer is not exactly satisfactory (to you) as it doesn't say (or even easily enable some calculation) how many deaths one could have expected given some X% vaccine effectiveness (and Y% percent vaccine coverage).

The surveillance report does calculate death rate in vaccinated vs unvaccinated per 100,000 persons. However, this is for a narrower interval "Rates (per 100,000) by vaccination status from week 32 to week 35 2021", not Feb-Aug as in the variants document/table. 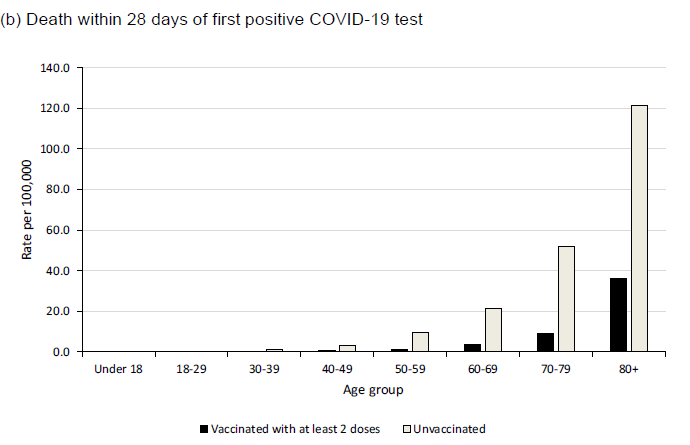 When taking into account the vaccination curve(s) for a larger time interval, such per person data makes less sense and you'd/they'd have to consider something like person-exposure days.

Bad estimates of the number of unvaccinated people can also explain these weird statistics.

Public Health England might have overestimated the unvaccinated population, which means that their estimation of the infection rate for unvaccinated persons is too low.

In addition to potential base rate fallacies pointed out in the other answers above, there might be an even more fundamental measurement error. The estimated infection rate of the unvaccinated population might be off because of bad estimates for the overall population of England. The More or Less podcast hosted by Time Hartford explains: (manual transcription from the audio source starting around 2:40)

We don't actually know how many unvaccinated people there are in England. Not even close. And that matters a lot because to talk about the infection rate in a group of people, we have to know how many people are in that group. Overestimate the number of people of unvaccinated people and you underestimate their infection rate. And we think that's what Public Health England have done.

More or Less goes on to explain that they believe that Public Health England chose a poor proxy for estimating the total population of England. Instead of using the Office of National Statistics (ONS) estimate, Public Health England used the number of people registered with doctors (NIMS). More or Less argues that this registration number is likely an overestimate of England's population, and that necessarily means that their unvaccinated population is also too large. This leads to the estimated infection rate of the unvaccinated population to be diluted and appear artificially lower than expected.

The reported difference between the two data sources for estimating the number of unvaccinated people age 40-79:

Podcast Guest James Warm (a COVID modeler) explains that using these different estimates for the unvaccinated population changes the report rather dramatically:

... if you use the ONS data [instead of NIMS] to work out that [COVID] case rate, you get a case rate in the unvaccinated which is about double the rate of those who have two doses of vaccine.

But that's not what happens. First, over 80% of adults in the UK are double vaccinated, so all the numbers for the vaccinated can be expected to be four times higher. Second, the unvaccinated tend to be more in groups that have naturally less risk, like young people. High risk + vaccinated will still be at higher risk of death than low risk + not vaccinated.

And consider what happens with more vaccination. If 100% are vaccinated, there will be ZERO deaths among unvaccinated.

Not the answer you're looking for? Browse other questions tagged covid-19 united-kingdom vaccines statistics .