I know Atomic Robo is not exactly an authority on real history, but there's also some truth and interesting details intermingled. How true is the statement "Newton invented Physics so he could perform better spells"? 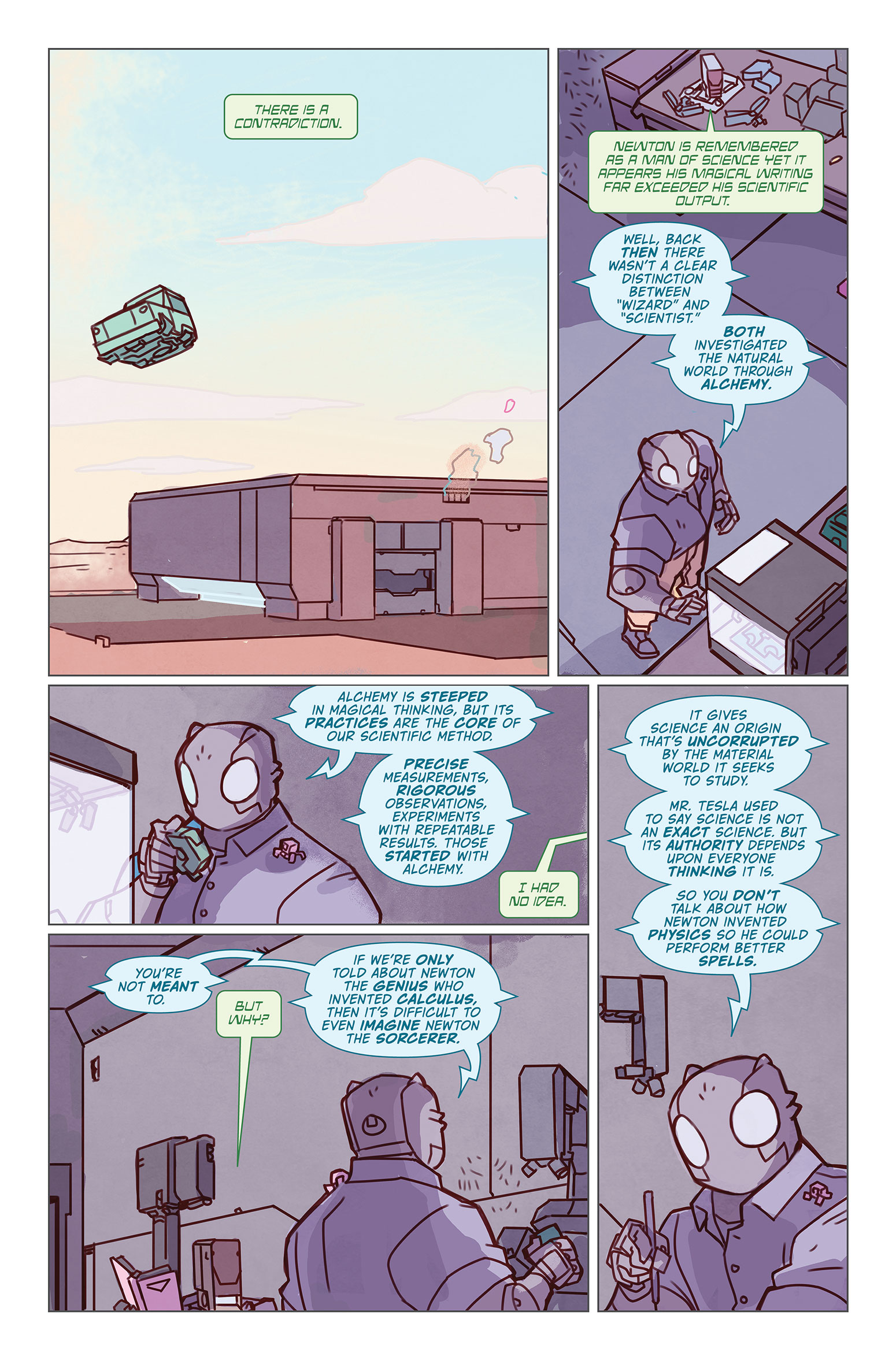 In a manner of speaking, yes.

“A certain infinite spirit pervades all space into infinity, and contains and vivifies the entire world,” Newton wrote in his journals, musing on the ancient wisdom of pre-Christian philosophers like Thales of Miletus (c.646-548 B.C.), who believed the gods were present in all things. Newton was convinced that prisca sapientia, or sacred knowledge, had been lost in the centuries after Christ’s death, and he was resurrecting the ancient truth. An alchemist as well as a pious Protestant, his boyhood was occupied by memorizing Scripture, copying sections over and over to understand how passages were linked, how to read the deeper meanings. He combined religious thinking with deference for ancient prophets like Pythagoras, Moses, Thoth, and Hermes, and saw himself as their kin, decoding the universe that God had created according to definite laws, laws that could be approached mathematically. He signed one of his alchemical notebooks with an anagram of his Latin name, Isaacus Neuutonus: Jeova sanctus unus––Jehovah the holy one.

His developments in Physics and Mathematics basically came about because he believed there were deeper truths in human existence, ones that were once understood by those who professed talents in the areas of alchemy and magic. He attempted to create a Philosopher's Stone (and it's believed that some of his angrier periods, such as when he threatened his friends Samuel Pepus and John Locke, were caused by exposure to dangerous chemicals in the process of these attempts). He believed that, by better understanding the natural world, we could decipher these hidden truths, learn how the world worked, and thereby change it, a combination of sacred geometry and divine language.

Whether one considers attempting to unravel the mysteries of the universe so that you can use them to change it to be spells or modern science depends upon your point of view, but Newton definitely veered on the side of mystic belief, and the belief that a higher power underlied the world's wonders.

Some do believe that he was indeed partial to a belief in the supernatural.
In this article there is a quote from John Maynard Keynes:

This Newton “was not the first of the age of reason,” Keynes concluded. “He was the last of the magicians."

In large part credited to his volumes of text written on alchemy. From the same article there is also a quote surrounding his scientific findings as being partly derivative of other alchemist's work

Newton’s famous demonstration that white light was merely a combination of colored light rays owes a significant debt to the alchemy of Boyle.

There is also his belief that he, himself, was a prophet of god

Like most radical Protestants, Newton was keenly interested in the interpretation of Biblical prophecy. However, he believed that God had specially chosen him to deliver the truth about how prophetic texts were to be understood. A central plank of his general prophetic outlook was that images of the vials and trumpets described in the Book of Revelation referred to key events in the downfall of Roman Catholicism.

37
Did a nuclear blast devastate Port Chicago on July 17, 1944?
11
Did ancient Indians invent guns, lasers, radars and nuclear weapons?
15
Did mosque restorers find a 400-year-old letter from the architect with instructions?
9
Did goldsmiths invent fractional reserve banking?
34
Did Manahel Thabet develop a groundbreaking formula to measure distance in space without the use of light?
59
Did Robert Hooke publish his spring force law as an anagram?
27
Is Feynman's claim about the history of measurements of the charge of the electron after Millikan accurate?
14
Did chemist Glenn Seaborg claim the Oklo reactor was man-made?