Is the Fukushima disaster causing an increase in infant mortality on the west coast of North America?

Here we've got a claim that infant mortality in select US cities on the west coast has increased by 35% since the nuclear meltdown. This claim is based on two data points:

Elsewhere, people are worried that an increase in infant mortality in British Columbia is the fault of Fukushima.

Increases in infant mortality rates is now almost across the board in North America since the disaster and the STILL continuing nuclear crisis in Japan. But in Canada it is because of “unsafe sleep practices”? Are we really going to fall this nonsense?

Are these increases significant? Is there any evidence that they are the result of Fukushima?

Both of the statistics quoted lacks several vital pieces of information. These include:

It also lacks any explanation of how the alleged radiation could have caused these deaths. The usual statement has to be made about all such allegations:"correlation is not causation".

The Canadian article is just a rant with no information. It doesn't even state whether the infant death rate went up before or after the Fukushima tragedy (which took place halfway through the period that article claims to have figures for).

Against this is the truth that the amounts of radiation which reached the US (and Canada) were absolutely trivial. Here is an article giving some information: initial readings are "about a billion times beneath levels that would be health threatening." People who don't understand radiation often assume that "any radiation causes disease", forgetting that we are all subjected to much more radiation than reached North America from Japan just from natural sources.

No, this is fraudulent statistics

Here is a real life example of Lies, Damned Lies, and Statistics: they fudged the numbers to make it look bad.

The long answer is very long indeed. Here is a blog post on the subject. A complete analysis accompanies that post and can be found here.

In summary though: they cherry-picked the numbers, selecting towns and time periods that make it look like there is a spike in infant mortality after Fukushima. But when looking at a longer time perspective and over more cities, this spike disappears among the statistical noise. Instead it appears there was a negative spike in those cities, with a drop in infant mortality just before Fukushima, and then going back to average level after. 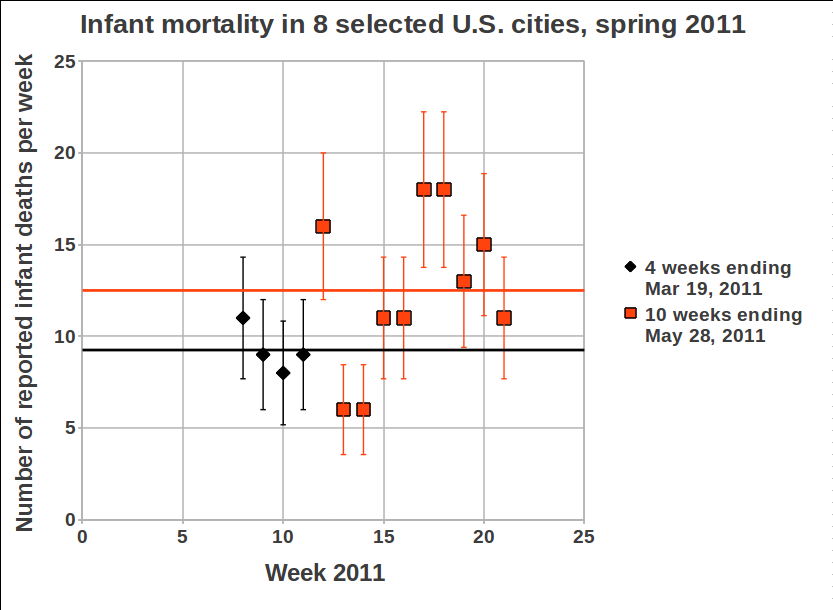 The data that Mangano and Sherman chose to show 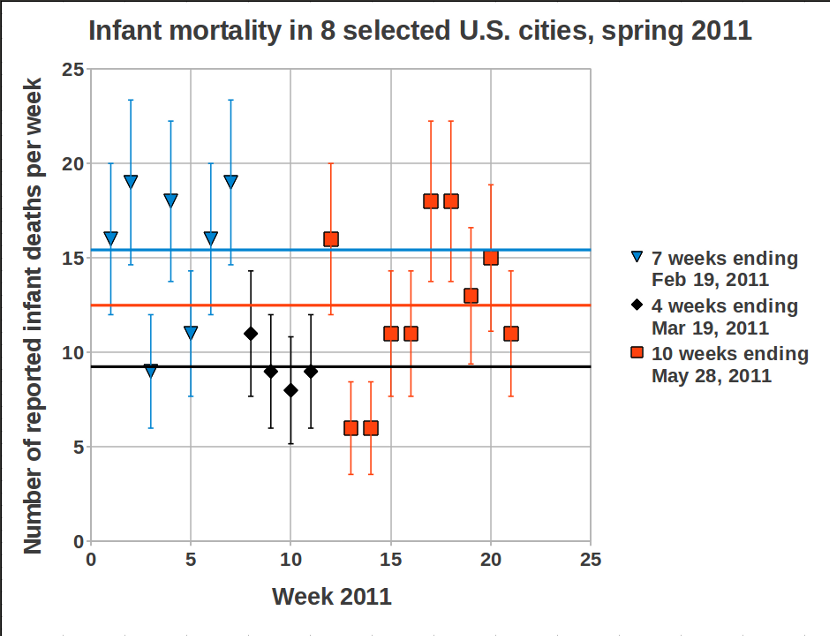 Same cities, but including a longer time period before the accident 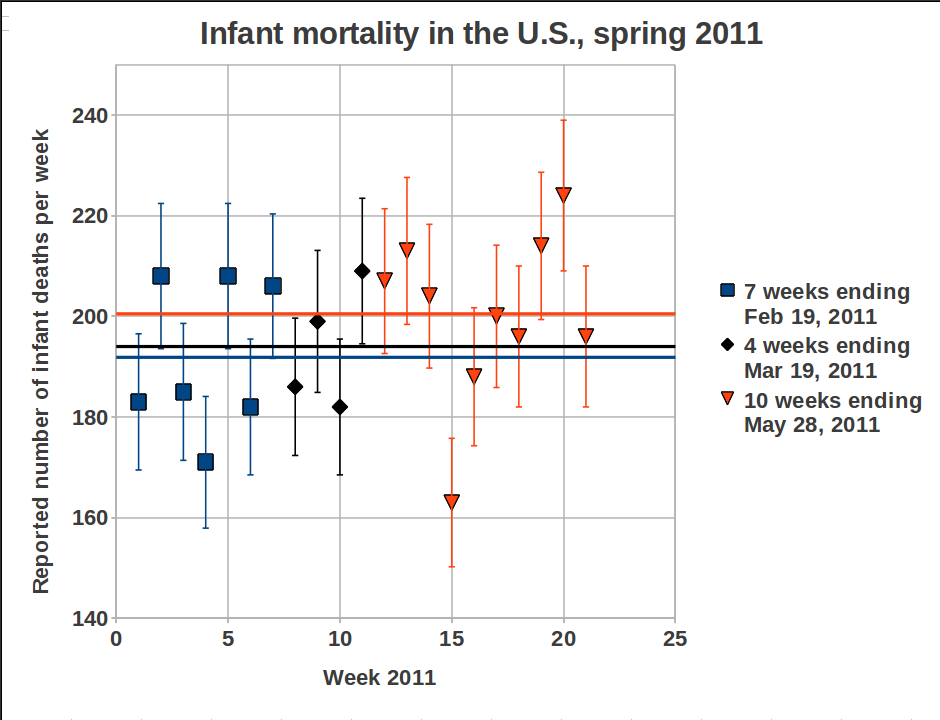 Expanded time period, and going for national average instead of just the selected cities

Not the answer you're looking for? Browse other questions tagged medical-science fukushima-daiichi natural-disasters nuclear-energy .

5
Did Fukushima cause babies on the US West Coast to be more at risk from hypothyroidism?

42
Is the number of childhood vaccines correlated with infant mortality?
5
Did Fukushima cause babies on the US West Coast to be more at risk from hypothyroidism?
5
Has the Orca infant mortality rate been 100% since the Fukushima disaster?