Was Roman Protasevich a member of the Azov Battalion?

In the wake of the extraordinary forced landing of Ryan Air flight 4978 by the Belarusian government (described by Ryan Air as a state-sponsored hijacking), the state-supported Russian media launched a campaign against Belarusian journalist and activist, Roman Protasevich.

They claimed he is a Neo-Nazi, and specifically a member of the Azov Battalion, a far-right Ukrainian National Guard unit. They published photos of Protasevich ostensibly wearing the Azov uniform.

A June 2021 Euronews discusses the allegations:

Many posts say he fought with the Azov battalion, some of whose soldiers have been known to harbour white supremacist and neo-Nazi views.

Some online claims about Protasevich also contain photos of a young man bearing resemblance to him in a military uniform, often surrounded by soldiers wearing the insignia of the Azov battalion.

In other pictures, he is brandishing a Kalashnikov rifle and smiling for the camera.

AFP news agency says it has not been able to verify that Protasevich was the man on these pictures.

According to Euvsdisinfo.eu -- a website of the European Union's foreign service set up to counter alleged Russian disinformation -- the claims are a deliberate attempt at Protasevich's online denigration.

Was Roman Protasevich a member of the Azov Battalion?

Probably the most reliable source available is Meduza, a Russian journalistic site. Meduza is an independent publication which has been dubbed a "foreign agent" by Russia due to receiving donations from overseas. Notably, they offer a translated quotation from an Azov soldier:

I remember him in Urzuf [outside Mariupol, where Azov operated a training base]. He was this young guy [he was 20]. Biletsky didn’t trust him because he showed up and started with “So where are the other Belarusians? Let me at ’em.” People figured he was collecting information, so there was never much trust and they didn’t involve him in any operations. He did a bit of basic training, took some selfies with a weapon at the shooting range, and probably realized that he wouldn’t be joining the team, so he left. Did he fight? If so, I don’t think it was with Azov.

They also analyze several photos claimed to be of Protasevich, finding them inconclusive, and several statements by and about Protasevich which appear ambiguous. A statement which may or may not derive from him claims that he opposes Communism and is fighting a "Russian Putinist horde" threatening all of Russia's neighbors. He also expresses sympathy with Paval Sieviaryniec (a Christian Democrat) and Mikola Statkevich (a social democrat affiliated with the Socialist International).

It is unclear from the available evidence whether Protasevich was an embedded and sympathetic journalist or if he was interested in fighting. I see no evidence at all that he was engaged in any actual combat, or that he expressed any sympathy with neo-Nazism.

Member? Definitely. In what capacity? It is not entirely clear.

Roman, together with Azov and other military units, fought against the occupation of Ukraine. He was with us near Shyrokyne, where he was wounded. But his weapon as a journalist wasn’t a gun, but the word.

In this interview, Protesevich basically confirms the above (except that he was with Azov):

I'll tell you more: I was reporting in the ATO [Donbass conflict area] zone [...] I was wounded, but I was still a journalist

Last summer, (when he first became widely known, but before any accusations of being in Azov), his father said in an interview:

When he was in Donbass and fought on the side of the Ukrainian army [...]

A reporter from the US-funded RFE/RL subsidiary, Current Time TV, asked Protasevich's father in 2021 why he told their reporter, last year, that Roman had fought.

Protasevich was found in the photos of a 2015 military parade that Azov organized in their ranks, as an ordinary trooper: 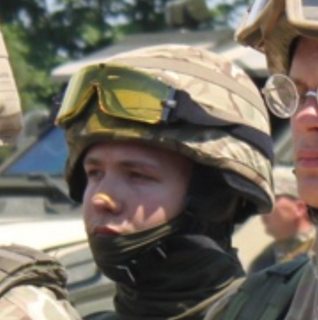 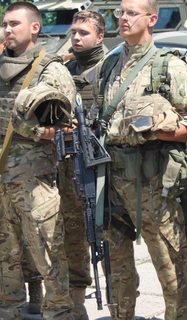 So his role was from serving in Azov in a PR role to actually fighting and hiding the fact, and anything in between.

EDIT: oh wow, when looking at the transcript of the YT video, with the interview of Roman's father, in response to a comment about providing a translation, I saw that right after the interview with Roman's father, where I'd stopped watching, they actually have another interview(starts at 9:14, https://youtu.be/PCA5vGPQlUM?t=554 and as a reminder, Current Time TV is US-funded RFE/RL subsidiary) with Vladislav Sobolevsky, the Azov chief of Staff for Mariupol where he confirms the veracity of the photos, including the Black Sun magazine cover, but says that Roman was there as a journalist, not a formal Azov fighter and he just liked to pose with guns in uniform because it was cool. The veracity of the second part of his statement is debatable, since one of the photos he confirms the veracity of is this one: 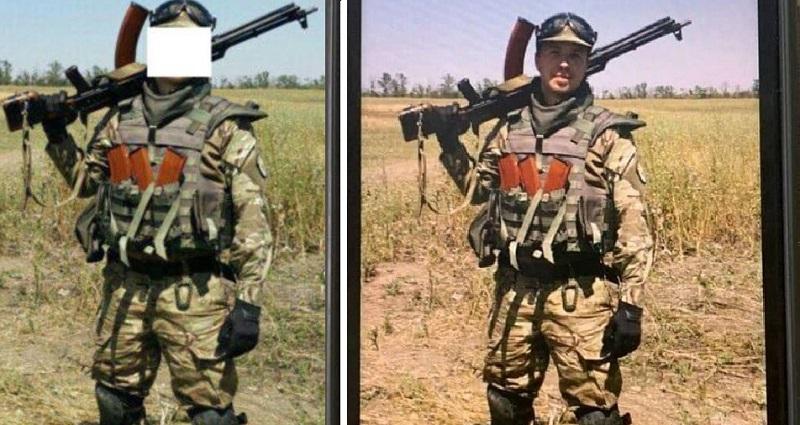 The censored version of which is from a 2015 Radio Liberty interview with a Belorussian Azov fighter, who's identity was concealed at the time: https://www.svaboda.org/a/27255566.html. It could still be that, just like posing with guns, Roman wanted to be seen as a warrior and lied about his role to the Radio Liberty journalist, but there is no question as to the veracity of the photos.

but not for the part with Azov's chief of staff, since that's Ukrainian that's been machine transcribed as Russian(almost all the video is Russian, so the Google bot got confused) and is potato quality. I'd welcome any suggestions for English language sources, but from what I've found, the only good English language articles on the matter are from RT, which I don't want to use, because I'd be accused of sourcing Russian propaganda(I deliberately only linked to neutral, non news sources or American funded media for this reason), while Western media sources don't have the domain knowledge and just seem to take whatever the Ukrainians say on the matter at face value.

10
Was the video about MH17 done the day before it crashed?
7
Was the MH17 video taken in Ukraine-held territory?
30
Was Ukraine planning an attack in Donbas/Crimea prior to the 2022 Russian invasion of Ukraine?