Do the murder statistics of 5 cities bring the USA to the 3rd highest country, from 189th? [closed]

Ask Question
Asked 1 year ago
Modified 11 months ago
Viewed 10k times
44
Closed. This question is off-topic. It is not currently accepting answers. 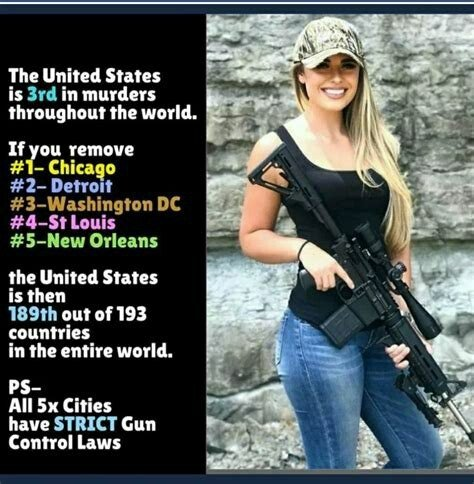 I'd like to know if the claims about murders are accurate.

The "3rd in murders" is clearly referring to absolute deaths by murder, as it can be seen here, USA holds the 96th position for rate of intentional homicide.

So if the murders from these cities were removed from statistics, would the USA change its position from being the 3rd to being the 189th of 193 countries (as countries we consider the 193 members states of the UN)?

This is false no matter what way you try to frame it.

Based on the link in the original question [8], the ranking of the US wouldn't change in absolute numbers:

But would probably drop several positions in rate:

This is not possible based on the information given. The link you provided has the US at 6th with 16,214 murders and 189th place is a 3 way tie with 9 murders each.

Using this data that would require that those 6 cities accounted for all but 9 murders in the country.

If you look at the overall stats for the country you will find this is impossible.

The meme is unclear

It is not clear whether the meme is talking about absolute numbers or per capita murder rates. I'll talk about both.

The meme does not distinguish murder vs homicide

The first thing to note is that murder is a legal term, not equivalent to homicide. Murder does not include accidents or various manslaughter that led to homicide without malicious intent. In short, murder ⊂ homicide. The distinction isn't made in the meme.

For simplicity, I'll focus on murders only.

The intentions of the meme creator is politically-driven and fallacious

People who made the meme and who are spreading it are attempting to impress the concept that liberal-run cities with strict gun laws actually result in higher than average murder rates without providing additional substantive context, and thus committing a correlation fallacy, non causa pro causa.

Their point is that gun laws don't stop violent crime, as a means to maintain popular support for ownership of firearms, but they don't bother to analyze what percentage of the crime is committed with a gun, nor do they simulate what the violent crime rates would be if those laws were not in place.

The data do not support the meme

Putting this aside, the statistics simply don't support the assertion.

So removing those 5 cities does impact the murder rate nationwide, but not as significantly as the meme framers are professing.

In the fairyland tale where the U.S. doesn't have the five cities, it might be better than Kenya or Angola, but other than that, there is no noticeable improvement in terms of world rankings or whatever:

Not the answer you're looking for? Browse other questions tagged united-states criminology guns .

17
Do Europeans have a greater chance of making it into the top 1% of income earners than Americans?
34
Was the wild west less violent than the current west?
141
Is the USA murder rate at a high? Specifically is it at a 45 year high?
16
Does the USA have the highest taxes?
91
Was Morocco the first country to recognize USA?
6
Does the USA have the highest cumulative CO2 emissions since 1750?
52
Is there currently riots/looting *ONLY* in Democrat cities in the USA?
19
Did the USA increase oil imports from Russia after the Ukraine invasion?