At his conference, did Biden have photos of reporters with instructions for who to allow to ask questions?

A picture of Joe Biden at his first press conference as President was shared by various tabloids such as NYPost and The Sun.

They claim that the image shows journalists Biden intended to call on. Eg the NYPost claims:

New photos reveal several cheat sheets used by President Biden during his Thursday press conference — including one with the headshots and names of reporters he planned to call on.

And The Sun claims:

In another photo, Biden, 78, is seen holding a paper with headshots of reporters, with some that he planned to take questions from circled and numbered. 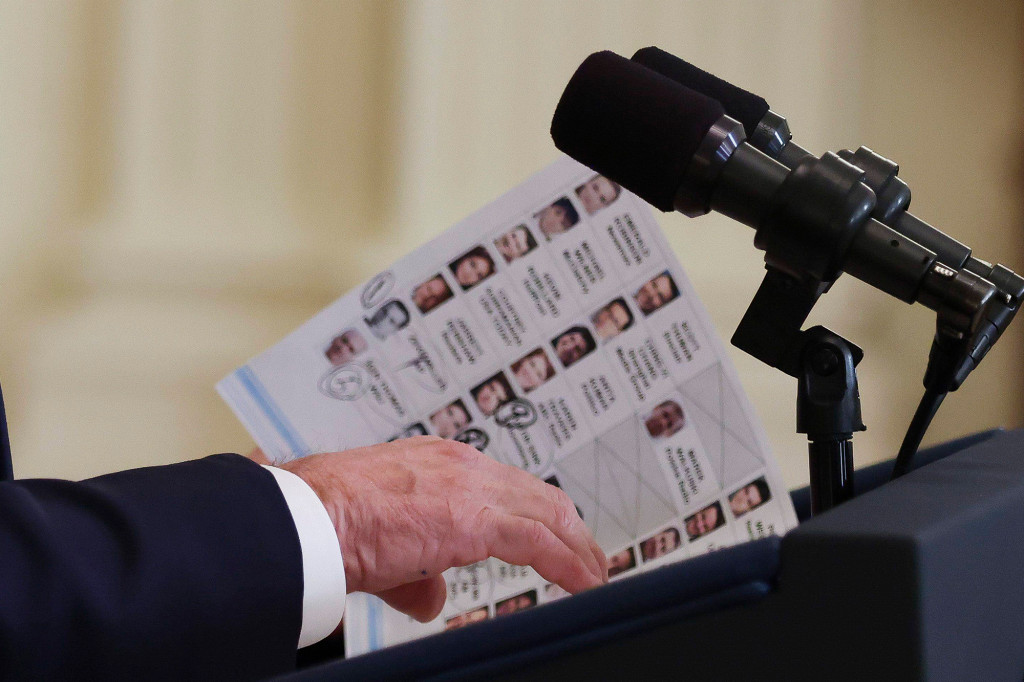 Is this claim correct? Did President Biden have a photo directory of journalists with instructions for which ones were allowed to ask questions?

EDIT: After I posted the original social media link (which an editor has since removed), NYPost, The Sun, and Fox News all reported similar claims.

This hopefully this satisfies the "social media isn't notable claims" naysayers in the comments.

Other comments have pointed out (while carefully not making a firm statement) that a guide of which reporters are allowed to ask questions may be unsurprising. That'd surprise me; I've never read an article claiming that for any other Presidential news conference, but either way I'd like to know the answer.

SE covers "yes, but not surprising" all the time. E.g. Is every elected US president related to George Washington [including 17th cousins]?.

20
Is every elected US president related to George Washington?