Will China soon have a bigger navy than the USA?

According to this CNN article China either already has, or is on course to have a larger number of 'battle force ships' than the USA.

According to the US Navy, yes.

Sometime between 2015 and 2020, China’s Navy crossed a critical threshold: it fielded more battle force ships than the U.S. Navy, making it the world’s latest navy numerically. Today, at around 360 hulls, it exceeds its American rival by more than sixty warships. 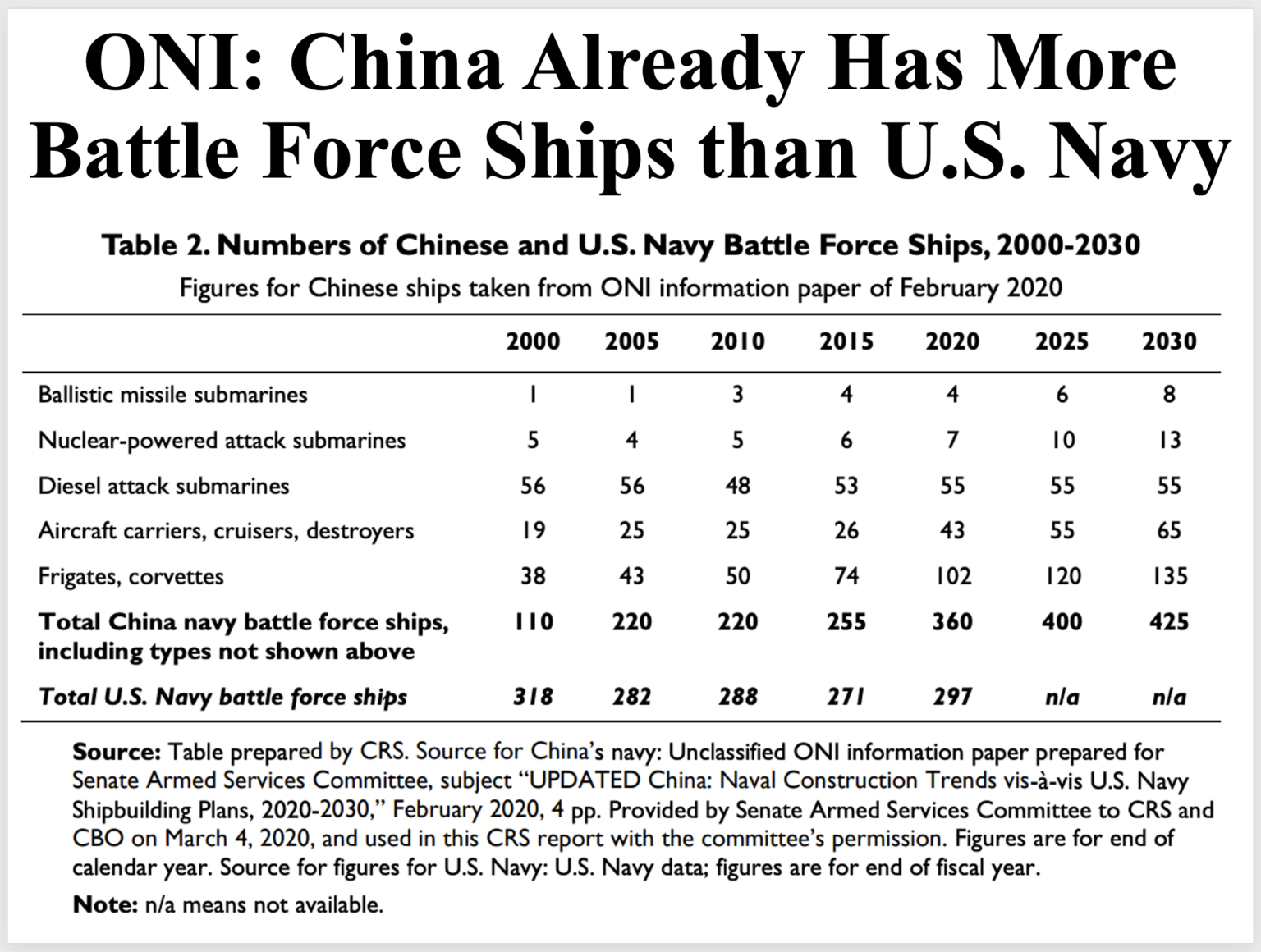 Dr. Erickson's article is full of additional information and context.

Whether the Chinese have confirmed this is another matter, but as their main adversary it's the US Navy's job to know these things.

Is This Number Meaningful?

As the article notes, number of hulls is not a great measure. Types can also be deceiving: a Chinese "destroyer" is larger than a US "cruiser"; the US no longer operates "frigates" nor "corvettes", they're "littoral combat ships", etc. Tonnage and capabilities would provide a more accurate picture. For example, the table above lumps together "Aircraft carriers, cruisers, destroyers" hiding the 11 US nuclear carriers to China's 2 conventional ones.

If you want details, GlobalSecurity.org has a complete breakdown of the ships in the Chinese navy. The numbers do differ a bit from the table above.

Still, the growth of the Chinese navy, in particular dabbling with aircraft carriers, indicates they will be able to project their power out further into the world.

Not the answer you're looking for? Browse other questions tagged united-states military china .