Did a BBC headline originally misspell “analyst” as “analcyst”?

Back in 2017, a number of tweets circulated ostensibly showing a Facebook embed of a BBC headline with an unfortunate typo. An example of such a Tweet:

Many more tweets about this typo can be found when searching Twitter for the hashtag #analcyst.

The relevant part of the image is found below: 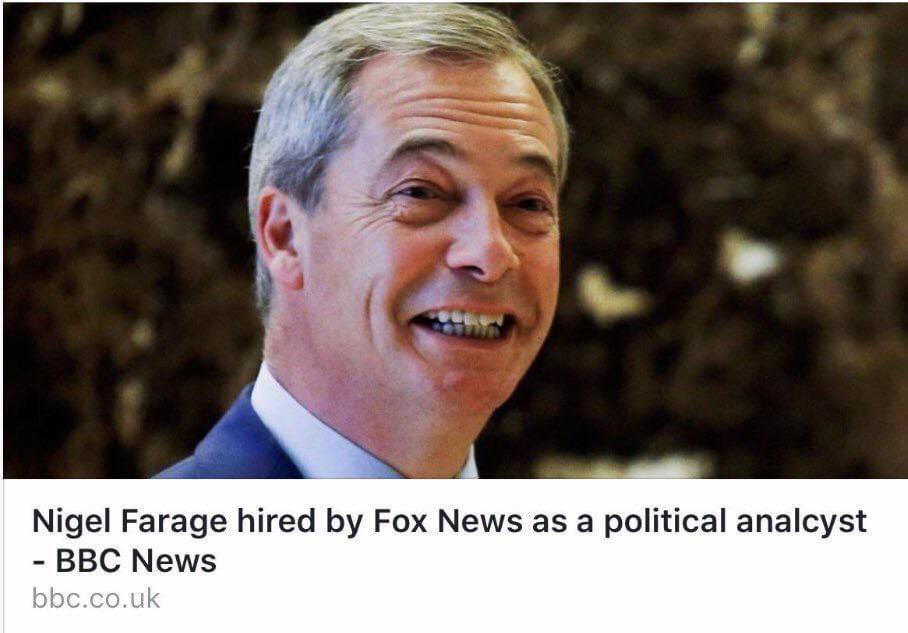 The claim is repeated (without a screenshot) by The New European:

He was the subject of the most unfortunate, and yet the most accurate, typo in recent history on the BBC News website: 'Nigel Farage hired by Fox News as a political analcyst'.

In addition, aplin.co.uk claims that

Although the Beeb [BBC] were very quick to update the headline at their end, they weren’t quite so prompt in getting Facebook to refresh the headline that it automatically grabs.

The end result was that their many, many, many Facebook followers were presented with this absolute gem of a howler.

The original article at https://www.bbc.com/news/uk-politics-38695203 has the correct spelling, but did the headline ever include the typo?

6
What role did Facebook/Twitter play in the "Arab Spring"?
33
Was the BBC report of the WTC-7 falling before it happened a scripted event?
16
Did CNN fake footage during the Gulf War purporting a live gas attack?
28
Did BBC ignore 50,000 people protesting against austerity?
9
Did BBC change an article title about Israelis shooting dead a Palestinian in a hospital?
2
Did Frances Coppola tweet about immigration opponents organising the Cologne sex crimes?
7
Did the BBC alter an interviewee's words to use the term 'chemical attack'?
12
Did GOP senators say these things about Kavanaugh allegations?
15
Did fake news on Facebook influence US elections in 2016?