Does Kasardevi, India, have an enormous geomagnetic field because of the Van Allen Belt?

An online magazine says this about Kasardevi:

What makes the place what it is, is its positioning on the earth’s Van Allen Belt. Simply put, the region surrounding the Kasar Devi Temple has an enormous geomagnetic field, thanks to gaps in bands of radiation. As a result, Kasar Devi is endowed with a cosmic energy similar to that of UK’s Stonhenge and Peru’s Machu Pichu.

This is taken as a fact by many, even though a sign at the location itself is more indirect:

Kasardevi is [...] famous for being one of the three places on Earth under the influence of the Van Allen Belt [...], the other two places are Machu Pichu in Peru and Stonehenge in England [...].

Question: Does Kasardevi have something special related to the Van Allen Belt?

The claims are two wrong, one sort of correct

Before we start, it might be worth noting though that a strong magnetic field is more likely to keep radiation out than letting it in (*).

Anyway, the Earth's magnetic field at the surface, measured in nanotesla, and sourced from here. The image below has the locations in question marked with yellow stars (thank you Engineer Toast for the update). 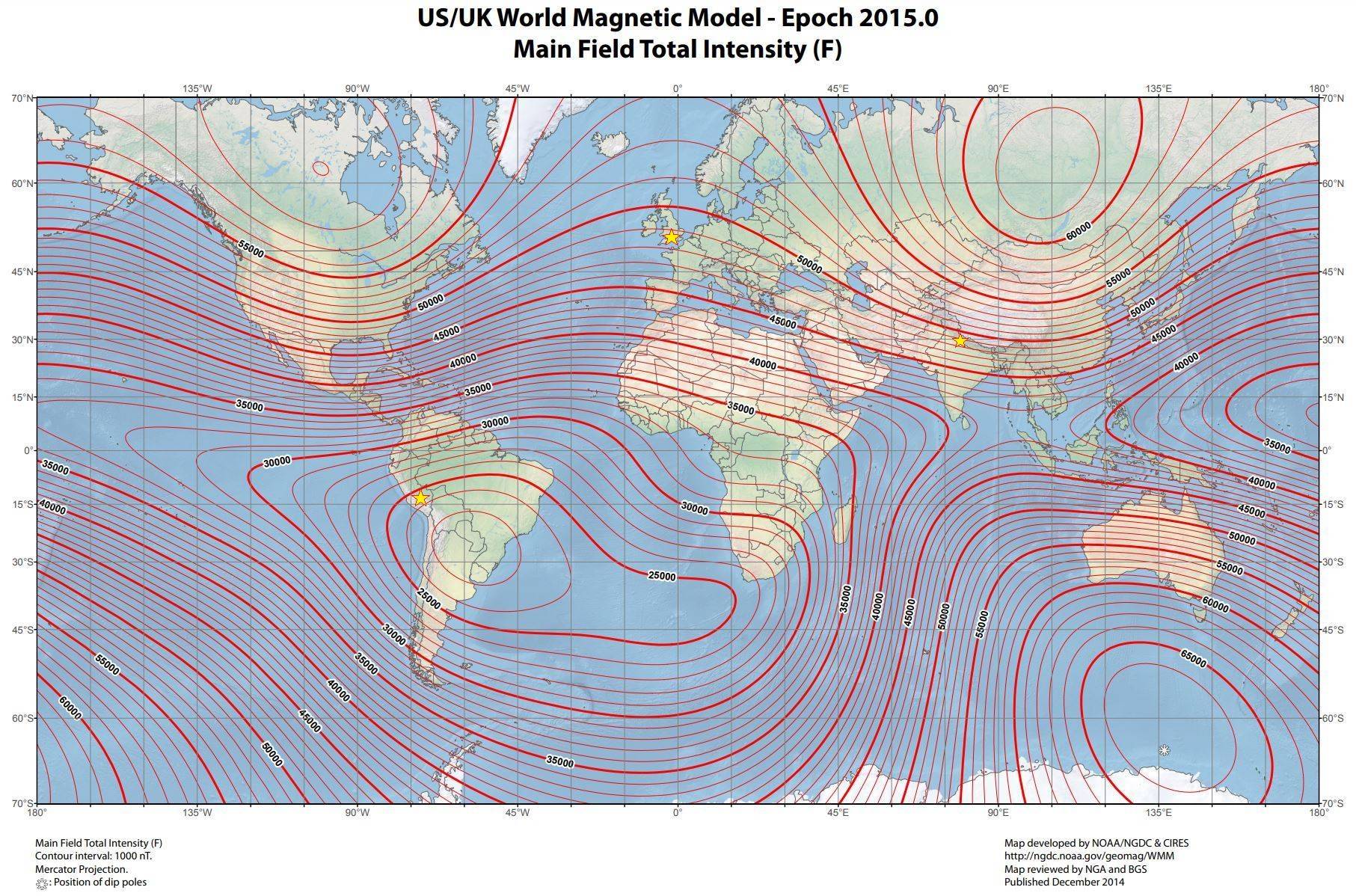 So the claim that "the Kasar Devi Temple has an enormous geomagnetic field" is flat out wrong.

Machu Picchu (13° 9′ 48″ S, 72° 32′ 44″ W) is near the South Atlantic Anomaly, just inside that thick 25000 nT line, and as such it has a remarkably low magnetic field strength, not a high one. It is that low intensity in the field that leads to the Van Allen Belt to coming closer to the surface of the Earth in that area.

It should be noted though that the South Atlantic Anomaly is huge. Since the year 2000 it has an area of over 100 million square kilometers.

The US by comparison, is only 10 million square kilometers. Russia clocks in at 17 million.

Machu Picchu is also only just on the edge of the SAA, not smack in the middle of it.

And — of course — on the ground we notice nothing of the Van Allen Belts since the atmosphere is a very effective shield against the particles in the belt.

So all in all, the quoted article has gotten several things confused...

...unless of course the claims are about "energy" and "radiation" — in non-scientific meanings of the words — and not energy and radiation as talked about in science and astrophysics. If so, then all bets are off and nothing we talk about in scientific terms matters.

(*) On the latitudes in question. Near the poles — where the field lines intersect the surface of the Earth — the particles will spiral along the lines and come crashing down into the atmosphere, for plenty of ooh's and aah's of visiting tourists. 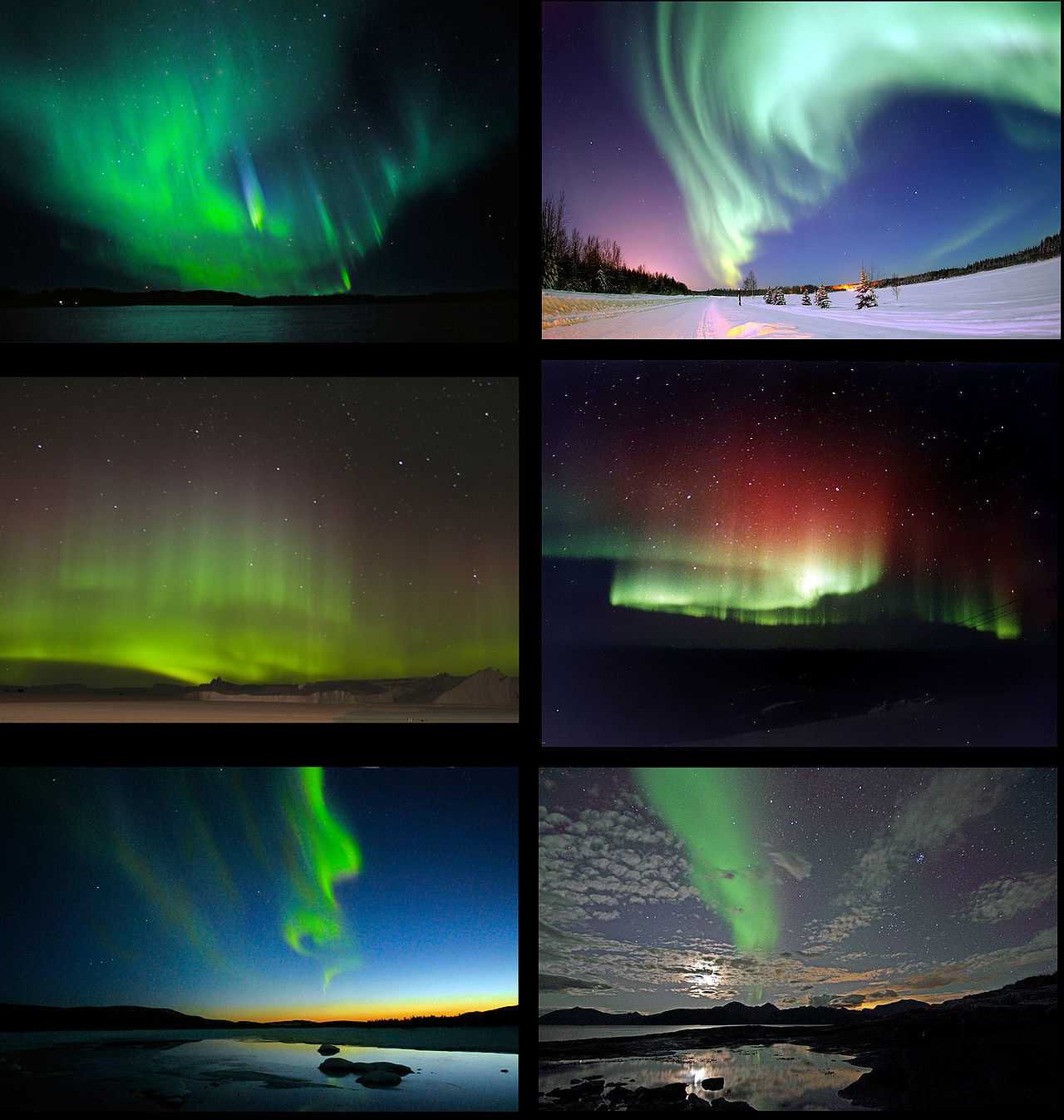 Not the answer you're looking for? Browse other questions tagged physics astronomy geography .

15
Does the Mount Washington wind speed record have scientific validity?
10
Does the Eneloop battery have lower self-discharge?
26
Does Texas have the right to secede from the United States?
11
Does the 'super-moon' have a measurable effect on probability and magnitude of earthquakes?
3
Does Heads Up Texas Hold'em have more possible hands than atoms in the universe?