One can envision two different methods to circumcize a penis based on where the cut is placed. The first method involves placing the cut after the glans and the second placing it before the glans. The first method would expose the urethra, but leave most of the glans covered, while the second method would leave the glans completely exposed. For the circumsised, these two procedures are much different. The image below demonstrates the difference: 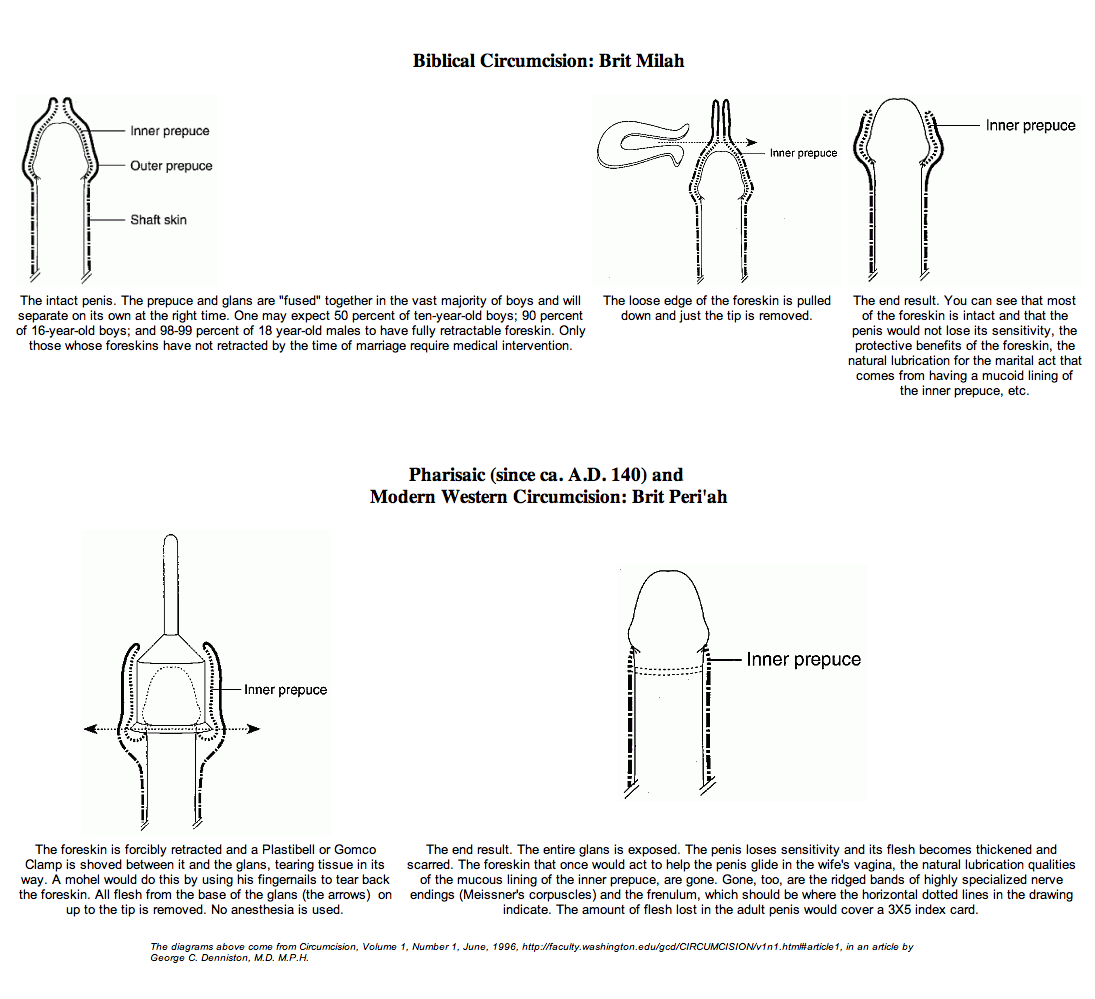 What I think is a myth goes as follows:

Jews used to practice the first method, but as many male Jews practiced epispasm, the Rabbinate (?) in 140 CE decreed that the second method should be used instead. Epispasm means restoring the function of the foreskin by stretching it by tying weights to it. Some male Jews practiced epispasm in antiquity but it is very unclear how widespread the practice was. The Rabbis objected to epispasm and therefore imposed the second circumcision method, according to the claim.

This claim can easily be found on anti-circumcision sites. One source for the claim is Jim Bigelow's book The Joy of Uncircumcising! p.8:

I have met very few Jews and even fewer Christians who know that the style of circumcision which is practiced both by Jews and the medical profession today bears little resemblance to the circumcision rite in biblical times. Almost no modern-day Christians know that the rabbis radicalized the circumcision procedure in approximately 140 A.D. Before that time it was a rather simple, symbolic procedure, quite different from the current practice which denudes and permanently alters the nature of the glans. Most Christians assume that God told Abraham to carry out a procedure something like that which a modern doctor or rabbi calls circumcision. It follows, therefore, that what they have the doctor do to their son is a circumcision like God told Abraham to do some 4,000 years ago. It isn’t!

Bigelow's source for the claim is Kaufmann Kohler's entry "Circumcision" in The Jewish Encyclopedia from 1964 p. 93, which I can't find online. The same claim can be found in Circumcision: then and now by James E. Peron p. 41-42:

The original Biblical circumcision of Abraham's time was a relatively minor ritual circumcision procedure in which only the redundant end of the foreskin extending beyond the tip of the glans was removed. [...] No other feature was added to the religious ritual until about 140 AD when a second step to the ritual circumcision procedure was introduced. [...] Periah: The laying bare of the glans After performing "milah", the cutting back of the end of the infant's foreskin, a second step, periah was then performed. Periah consists of tearing and stripping back the remaining inner mucosal lining of the foreskin from the glans and then, by use of a sharp finger nail or implement, removing all of the inner mucosal tissue, including the excising and removal of the frenulum from the underside of the glans. The objective was to insure that no part of the remaining penile skin would rest against the glans corona.

35
Did the world Jewish population increase between 1933 and 1948?
6
Did the government of Nazi Germany sell Mauser pistols to an underground Jewish army?
8
Did 40% of the NKVD (Soviet police) leadership have Jewish nationality?
2
Did UNAIDS and the CDC recommend circumcision for African countries?