Is the shadow on this Dracula billboard cast by the stakes?

I have seen various articles and / or videos about a billboard in London for a BBC series about Dracula and its clever use of light and shadows. During the day, the billboard looks like this, with bloody stakes stuck into a white billboard: 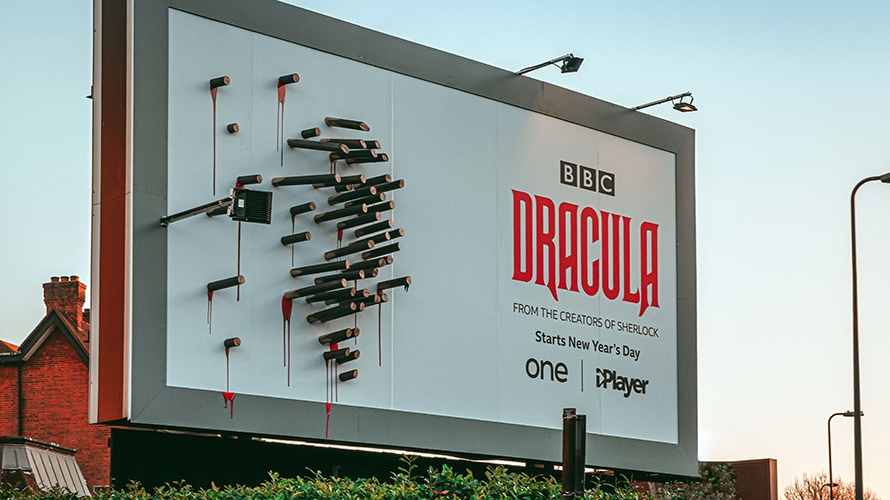 As the sun goes down, a shadow in the form of Dracula's silhouette appears, apparently cast by the stakes: 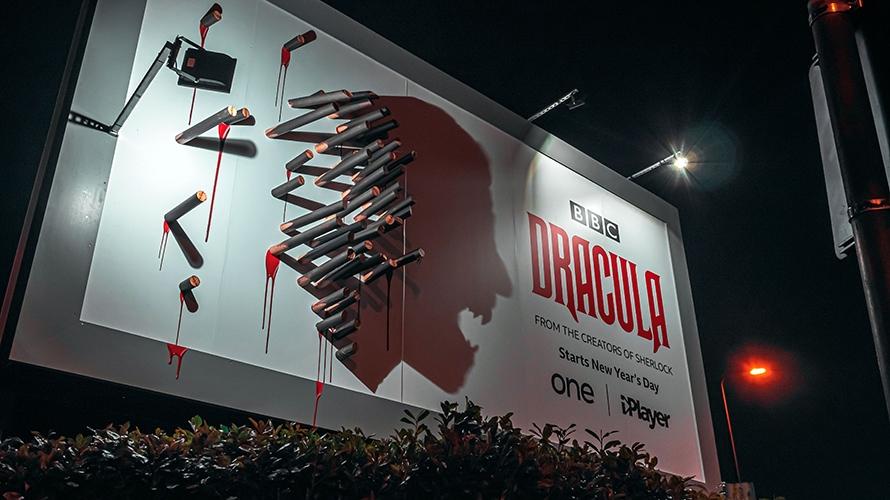 For another thing, there is only one light source, but if you look closely, you can see shadows cast by the individual stakes: 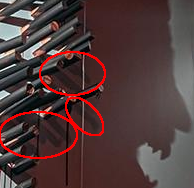 I'm also finding it hard to imagine how they are supposed to have created the detailed teeth light that with a single light source cast on some stakes. I suspect that this is actually being achieved by a hidden light source projecting from the front of the billboard, with a Dracula silhouette in front of it, but I have found very little in the way of skepticism about this claim — all the articles seem to accept at face value that the stakes are casting this shadow.

Can anyone give more definitive answers as to whether this is actually being produced as described?

Edit: Just noticed that one of the stakes has little teeth dangling from it, which might explain how the teeth are allegedly being produced: 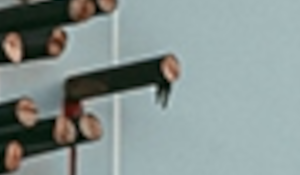 I also found this video where someone claims to have created a 3D model to recreate it, and it certainly seems to be doing a passable job (assuming that the lighting is the result of ray tracing on the 3D model and not a digital effect), so maybe it's more plausible than I thought?

Edit 2: I realized belatedly that with the premise that there is a single light source it doesn't really make sense to say that there are "no overlaps", since these are opaque objects, so that source being blocked by two or more objects would look the same as it being blocked by only one object.

Here is a timelapse reveal of the effect. The shadow appears to be created by the light on the left.

For another thing, there is only one light source, but if you look closely, you can see shadows cast by the individual stakes:

As seen in the video, the angle of those shadows is wrong for the light on the left. They're coming from a different light source out of frame. This video of the billboard does not have those shadows.

For one thing, the silhouette is very even, with no gaps or overlaps, which seems implausible (and to some extent unnecessary to create the desired effect).

It would only be implausible if the stakes were not specifically arranged to produce the effect.

The BBC picture reveals small imperfections in both the edge and gaps. 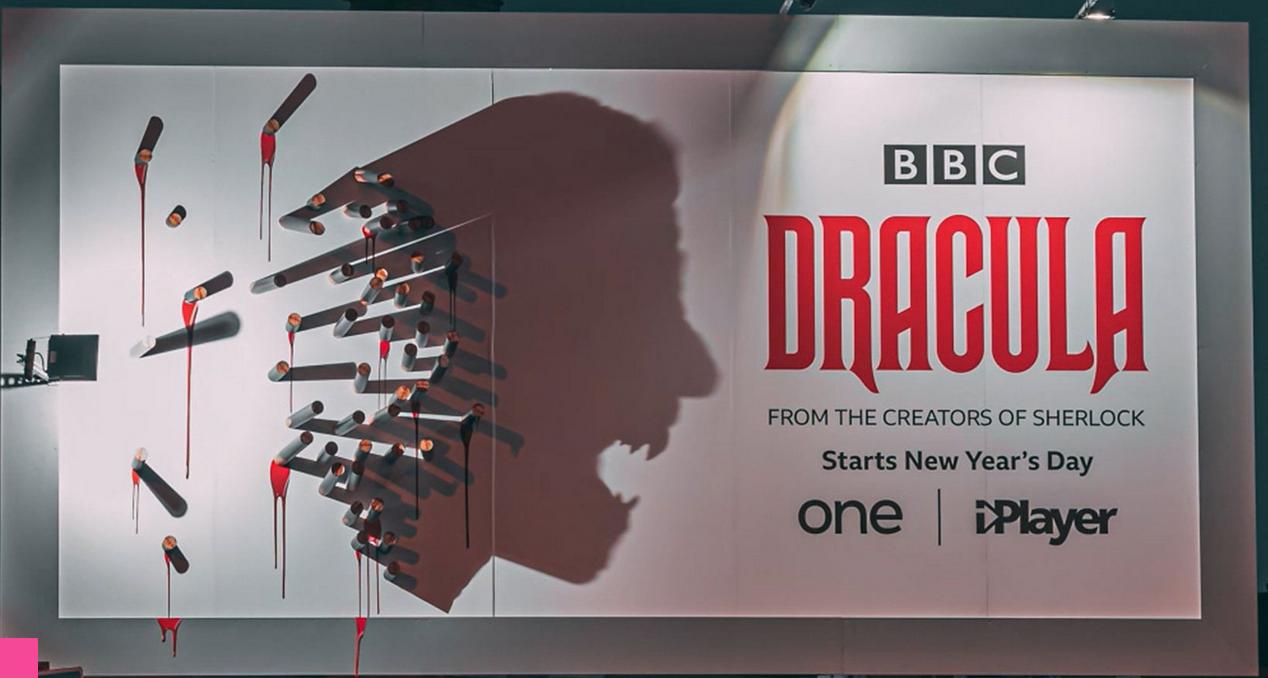 I suspect that this is actually being achieved by a hidden light source projecting from the front of the billboard, with a Dracula silhouette in front of it.

Such a projector would be immediately obvious to anyone present.

This would be more difficult. It requires leasing two locations, one for the billboard and one for the projector. A projected shadow amplifies any misalignment. The shape, distance, and angle of the projection must be exactly right so it could not be prepared beforehand. The shadow would be projected onto the billboard and the stakes placed on site to appear to be creating the shadow. Once they got it right it would need to remain in perfect alignment night after night.

And then there's motive. Why fake an effect nobody was expecting in the first place?

Not the answer you're looking for? Browse other questions tagged advertising .