Will renewable energy strategies generate a net increase in jobs?

In the battle against climate change we often hear that new renewable energy programs will generate a large number of new jobs. At the recent Paris Climate summit Boris Johnson said that a green recovery from Covid would generate opportunities for high-skilled workers, creating millions of jobs (here). As part of Joe Biden's renewable energy plan he suggested that 10 million clean energy jobs will be made available (here). Although this bodes well for the renewable energy sector, it may be difficult to project how this will affect the job market as a whole.

The employment market is complicated and there are unexpected consequences to rapid changes in labour supply and demand.

(I understand that this will differ for each policy plan, job market, technology sector, economy, etc. so if the question can be sharpened, that would be appreciated).

The extrapolation is plausible

I'm going to pick one market to examine just so this scope is manageable. This is Australia's energy mix: 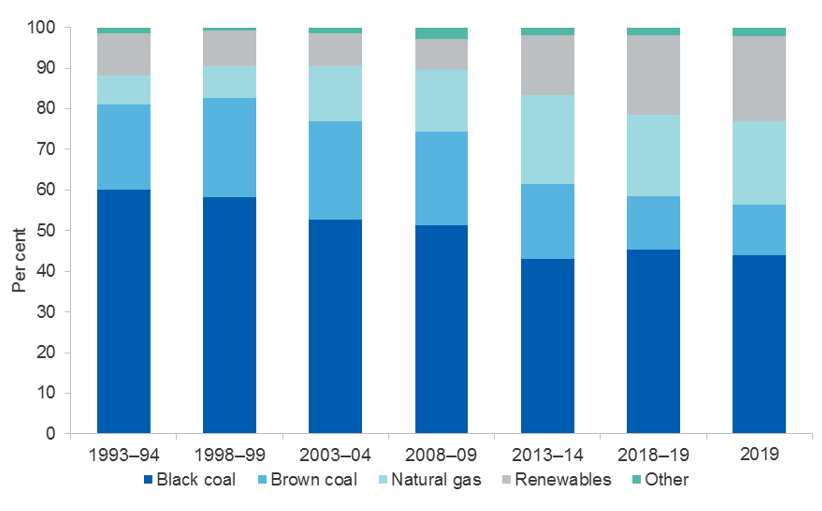 14,000 Australians are employed in gas power generation. This includes extraction and distributions. This is a high estimate as it also includes plumbers working with gas with residential cooking and heating installations, and the infrastructure to export gas to other countries.

38,100 Australians are currently employed in the production of thermal coal power - (brown coal or black coal burnt for power is classified as thermal coal).

This extrapolation suggests that replacing a 100% coal Australia with a 100% renewable Australia would result in a net employment of 59,800 people, and every 1% that transitions from coal to renewables will employ an additional 598 people.

This extrapolation would be mitigated by economies of scale (more renewable energy generation is residential rooftop solar than large scale solar farms), and by a surge in the number of construction jobs as renewable projects are done. Gas power generation is also experiencing similar growth in Australia to renewables yet the number of people employed per unit of power is in the same ballpark as coal, which is trending down in that energy mix graph.

Boris Johnson will be either dead or have long since retired from politics by the time this happens - if it ever does happen, so it's reasonable to assume that this is beyond the scope of his answer.

Not the answer you're looking for? Browse other questions tagged politics climate-change energy .

31
Is there economic data to suggest whether or not trickle-down economics provides a net increase in standards of living?
18
Is the net output of CO₂ from Nuclear Energy lower than the net output of other energy sources?
13
Is avoiding global warming by preventing CO₂ emissions far too expensive compared to geoengineering or adapting to a warmer world?
9
How long does it take for renewable technology to recoup its energy cost?
19
Will most tropical and temperate areas be uninhabitable with a 5 degree increase in temperature?